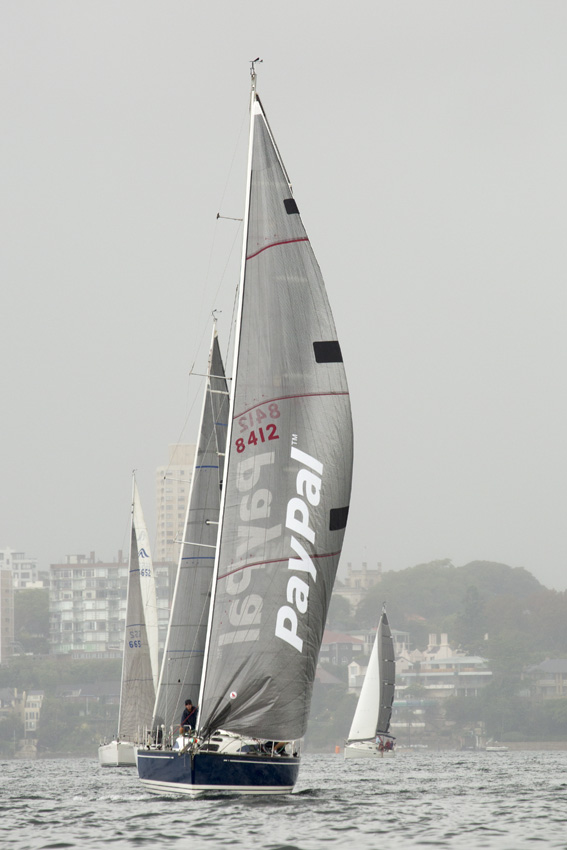 Cyrene 3, an X-412 design, trailed the Beneteau 40.7 L’Attitude (Jon Short) by one point coming into the final race of the series, decided under PHS, but Selby’s second place to Short’s fourth sealed the deal. The two finished the series on equal points, with Cyrene gaining the upper hand via three wins in the 14-race four-drop series.

Ian Guanaria’s One More-No More was five points adrift of the leader coming into the day, but in winning the final race, closed the gap to one point behind the top two. Guanaria also showed a total three wins on his scorecard, making for a thrilling series to the end.

However, Guanaria was happy today’s win reversed the trend. His Beneteau F35 won the IRC trophy from Cyrene 3 which had held sway over Guanaria’s boat by one point going into the final race. They too ended on equal points.

Prior to the race, L’Attitude’s crew knew their destiny lay in third place overall, as they were in ‘no man’s land’; 13 points short of the leader and 14 points ahead of fourth placed First Light (Chris Ryan).

The race started at midday in an 8-9 knot easterly near Point Piper. “It was much better that the forecast 5 knots,” remarked winning owner, Michael Selby, who was loathe to take credit for their victory.

“I’ve been away overseas most the time. I did a couple of the early races and returned from Japan in time to race today, so I can’t take the credit – I feel like I muscled in,” Selby said. John Gardener did a great job skippering the boat. He’s good at picking the wind shifts and he’s a skilled sailor. The whole crew did a good job.”

Selby said the wind was up and down and patchy during the windward/leeward race: “It was mostly easterly, but it went north-east at one point. We were reaching and running coming home.

“It was a very close series and I congratulate all the others – they are such a good bunch of people and boats.”

Twenty five yachts took part in the annually-held Grant Thornton Short Haul Pointscore which will return for another season in September.