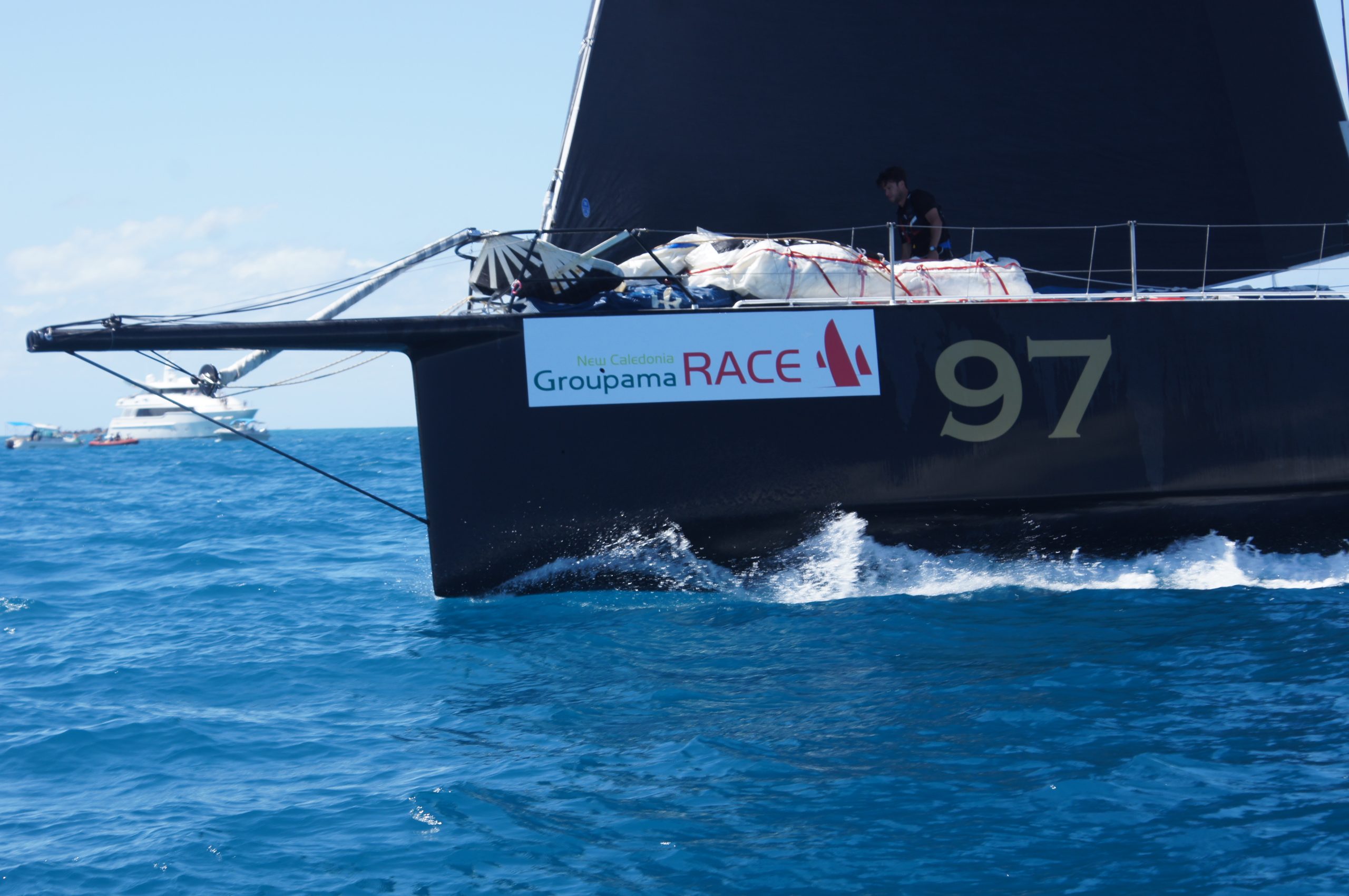 Team Beau Geste at the finish of the Groupama Race. Photo Phil Ross.

Boats from NSW and Victoria will face-off against Beau Geste, the lone foreign entry, when the CYCA Trophy-Passage Series is sailed over this weekend, starting from 11am on Saturday.

Hong Kong retail giant Karl Kwok leads the line-up with his Botin 80, Beau Geste, which is representing Royal New Zealand Yacht Squadron. Kwok first brought the yacht to Australia in 2013 when she was brand new. His crew, headed by Gavin Brady, ‘raced’ it from New Zealand to Sydney, as preparation for the Rolex Sydney Hobart Yacht Race that year. They finished fifth over the line.

More recently, Kwok and crew used his TP52, of the same name, to drill against a second TP52, RKO, owned by yachting novice, Aaron Rowe. The latter will co-skipper the larger Beau Geste in the 2016 Rolex Sydney Hobart.

Others racing in the Series include Derek and Martin Sheppard’s Beneteau 45, Black Sheep. In the last two months, the Sheppard brothers have sailed Black Sheep to victory in the Newcastle Bass Island Race and finished second in the Cabbage Tree Island Race, traditionally the benchmark race for the 628 nautical mile Sydney Hobart, in which they are entered.

“The objective is a last chance to sail before the big one, especially as we have a few interstate crew flying in,” Derek said.

“It’s a last opportunity to test manoeuvres and crew work – to answer our questions before Christmas,” he said. “The Series is all part of the Rolex Sydney Hobart build-up. It’s also a good chance to catch up with interstate competitors back at the Club – the atmosphere is starting to build already.”

Victorian, Bruce Taylor, arrived in Sydney last evening to make final preparations on his Caprice 40, Chutzpah, which is waiting at the Cruising Yacht Club of Australia.

“We’re looking forward to the Series to warm-up and prepare for the Hobart,” said Taylor who will sail his 36th Sydney Hobart, while his son Drew will mark the milestone 25 this year.

Steven Proud is not contesting the Rolex Sydney Hobart, but is a regular in the CYCA Trophy with his Kernan 44, Swish.

“I began sailing this event when there was a one-design component. I love my sailing and this is a good way to spend the weekend,” Proud said. “It’s a bit of fun. I enjoy getting out on the water. I’d like to see more boats enter. We like the competition – it makes racing more interesting. We love the Watsons Bay finishes, as we’ve got big sails, so we don’t have to worry about sailing up the Harbour to Rushcutters Bay trying to dodge boats,” Proud said.

Racing in the annual CYCA Trophy Series, conducted under IRC, ORCi and PHS, starts from 11.00am on Saturday and Sunday.

Principal Race Officer, Denis Thompson will select the course on the day, decided by the weather. Courses range in size from 17-27 nautical miles and start from Shark Island and finish at Watsons Bay. In the case of heavy weather, Thompson will set a Sydney Harbour course.