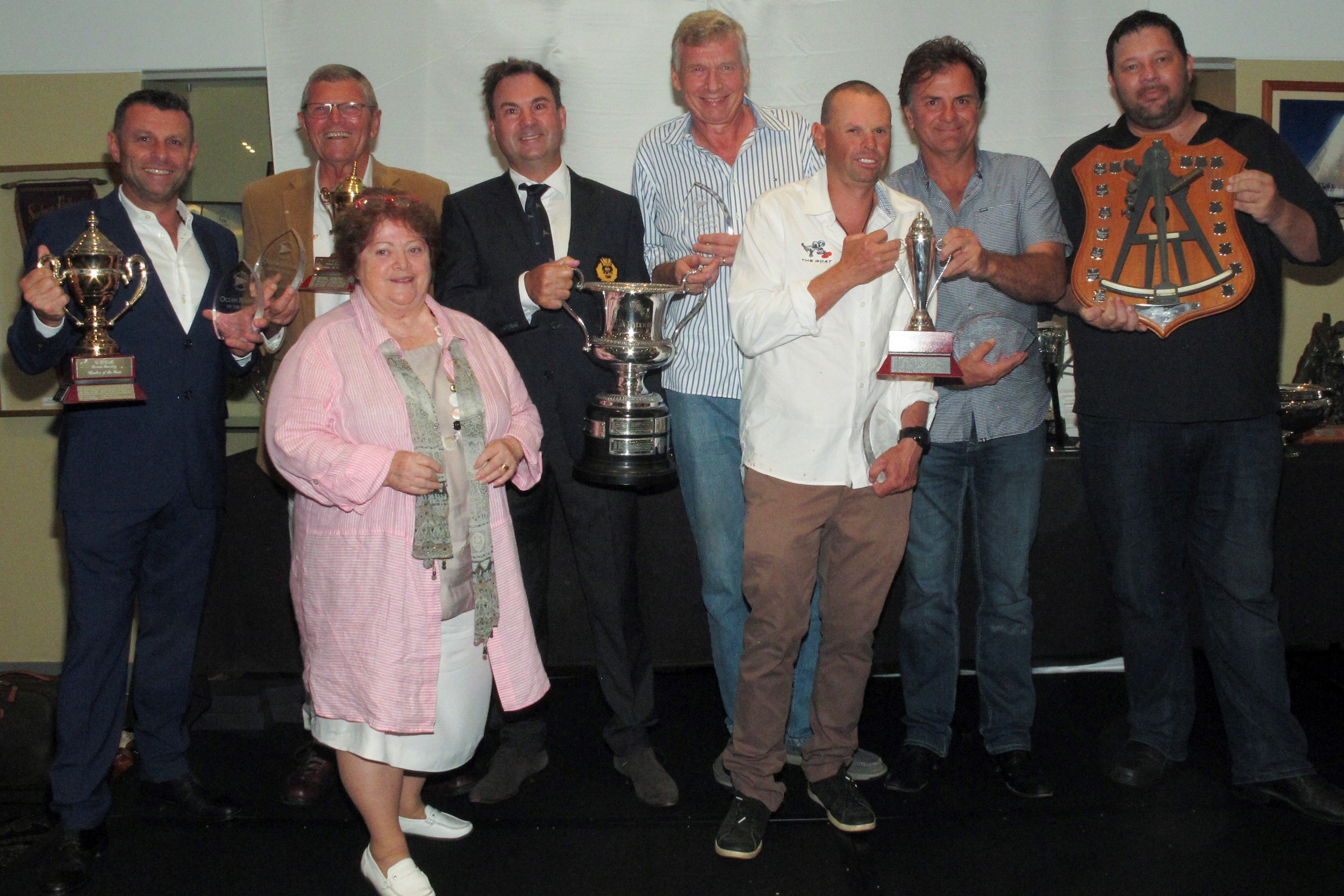 Recipients of the 2014-2015 and 2015-2016 CYCA Ocean Racer of the Year Awards were announced at an official function at the Cruising Yacht Club of Australia on Friday evening.

Haynes enjoyed success after purchasing Celestial in 2010, but his stellar season was 2014-2015 when he drew the best from Celestial. He impressively won the 2014 Land Rover Sydney Gold Coast Yacht Race and capped off the season with second in Division 2 of the 2014 Rolex Sydney Hobart, withstanding pressure from the opposition to clinch a trifecta of IRC, ORCi and PHS crowns in the 2014-2015 Blue Water Pointscore (BWPS).

Paul Clitheroe, the enthusiastic and modest owner of the TP52 Balance, got the gong for 2015-2016. Among his standout performances were winning the 2015 Rolex Sydney Hobart Yacht Race, enabling him to cart off a cliffhanger 2015-2016 BWPS on countback from Chinese Whisper.

Clitheroe, whose crew is chiefly amateur, contests all events on the eastern seaboard year round. His dedication has reaped a myriad of rewards, including Balance’s trifecta in the 2016 Sydney Newcastle Race, inclusive of the race record. He also served on the CYCA Board from 2012-2015.

In other awards for 2014-2015, Kevin Clarkson was presented with the Sally Gordon Memorial Trophy for Ocean Crew Person of the Year.

Clarkson crewed for friend Sam Haynes until late 2015. Haynes said, “Kevin was also my Boat Manager and able to fit into any role on the boat. He was a great morale booster too.”

The Late Roger Hickman was recognised as Ocean Racing Veteran of the Year. ‘Hicko’ had a lifelong affinity with sailing and all it encompassed. Helping others to major victories over the years, ‘Hicko’ later scored major triumphs with his ‘old girl’ Wild Rose, up until his premature death in early 2016.

Through 39 Sydney Hobarts, Hickman won his third in 2014 (his second with the 1985 built Wild Rose) and won five BWPS’, including 2013-2014. A yardstick for many, Hickman’s amateur crew was made up of male and females after he made a commitment to equality in the sport some years before.

Others awarded for 2015-2016 are; Sam Price, presented with the Sally Gordon Memorial Trophy for Ocean Crew Person of the Year for services as boat captain to Sebastian Bohm and Bruce Foye’s The Goat.

Richard Williams was named Ocean Rookie of the Year after taking sole ownership of the Sydney 38, Calibre in 2015 and finished third in Division 3 in the 2015 Land Rover Sydney Gold Coast Yacht Race.

Man and boat made their Sydney Hobart debut in 2015, finishing fifth in Division 4 against heavyweights Courrier Leon and Azzurro (second and third overall in the race) and 2014 Sydney Hobart winner, Wild Rose.

Shane Kearns was named Ocean Veteran of the Year. No-one could forget Shane using his credit card to rescue the 1981 built S&S34 he named Azzurro, buying what was almost a wreck, and lovingly restoring her.

Nick Scott Perry, navigator on Balance, the CYCA Blue Water Champion for 2015-2016, was named Ocean Racing Navigator of the Year.

Since its inception in 1985, the Ocean Racer of the Year Award has gone to some of Australia’s most notable ocean racers, such as Syd Fischer and the Late Lou Abrahams.

Footnote: When asked why awards were presented for two years, the CYCA responded: “The presentation for the Ocean Racer of the Year Awards was not held during 2015.  Hence the awarding of two years at the function held on Friday evening.”