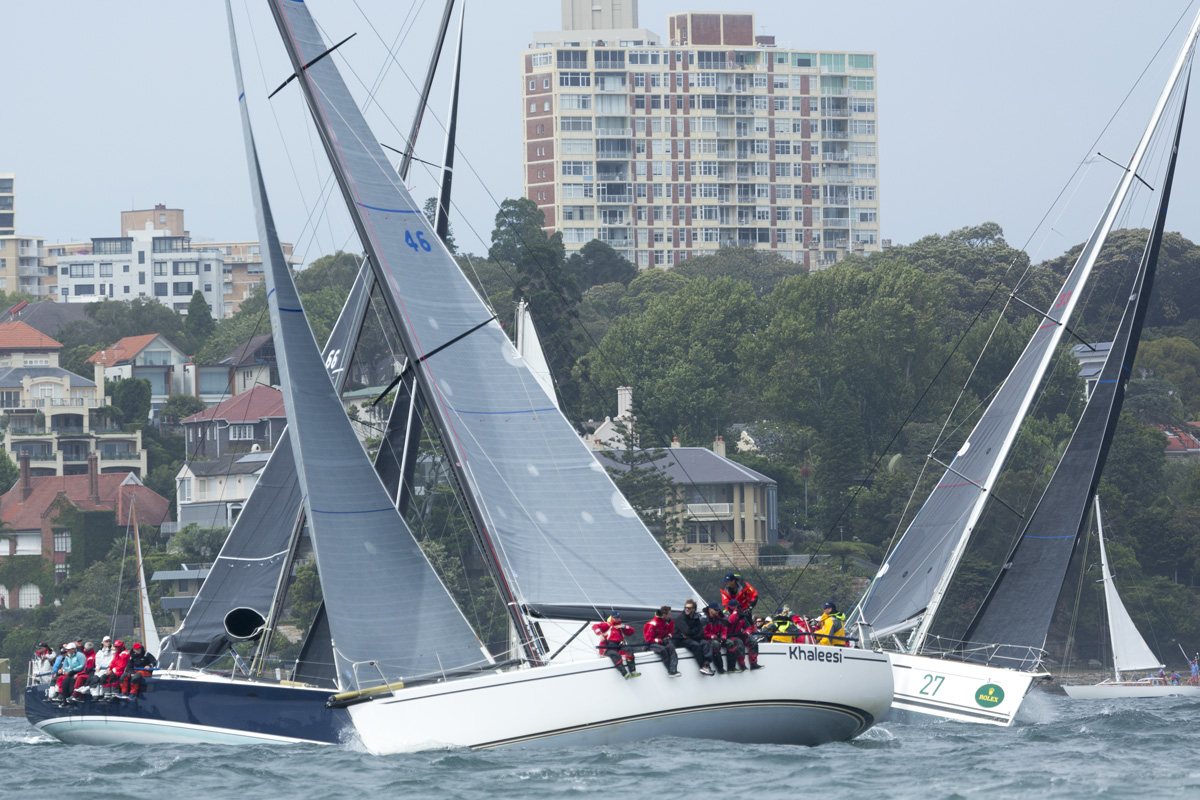 Andrew and Pauline Dally’s DK46, Khaleesi, took the top honours in Race 5 of the Cruising Yacht Club of Australia’s Blue Water Pointscore at the weekend, the Bird Island race, the CYCA’s penultimate ocean racing challenge before the Rolex Sydney Hobart on 26 December.

A fleet of 21 set off from Sydney Harbour at 1000hrs on Saturday morning in 20knots from the north east. All entries to the race are also lined up for the Rolex Sydney Hobart with the weekend’s challenging conditions the perfect precursor for the legendary race.

On IRC Division 1 Patrice finished top ahead of Jason Ward’s Mills 45, Concubine, from South Australia, and KOA in third. On IRC division 2 it was Khaleesi top followed by St Jude and in third was Zoe Taylor’s Cookson 12, G.O.

Speaking after the race Andrew Dally, who owns Khaleesi with his wife Pauline, commented, “It was very different to the forecast – we expected to bash all the way to windward and then surf all the way back but it wasn’t quite like that.”

“There were a lot of potholes and I think we were lucky to avoid a few more than some of our competitors.”

“We were a casual entry for this race so that we could prepare for Hobart and get rid of all the bugs. We certainly found a few but for us it’s largely fine tuning to get it to the next level of preparedness. We were straight back on the boat on Sunday morning doing a bit more work.”

Asked about the Bird Island race and the conditions faced, “I don’t know if I’d call it enjoyable but it served its purpose. It was wet, it was cold, it was hot, it was 25 knots and it was zero knots. We had everything thrown at us and in some ways, that was probably better than beating up and surfing down.”

“That was the best result we could have got, especially before Hobart, you can’t get better than first and we’re absolutely delighted.”

The Race 5 results see Noel Cornish and his St Jude crew extend their series lead at the top of IRC overall ahead of Sam Haynes’ Celestial and Tony Kirby’s Patrice in third overall with only one race in the series remaining, the Rolex Sydney Hobart Yacht Race.