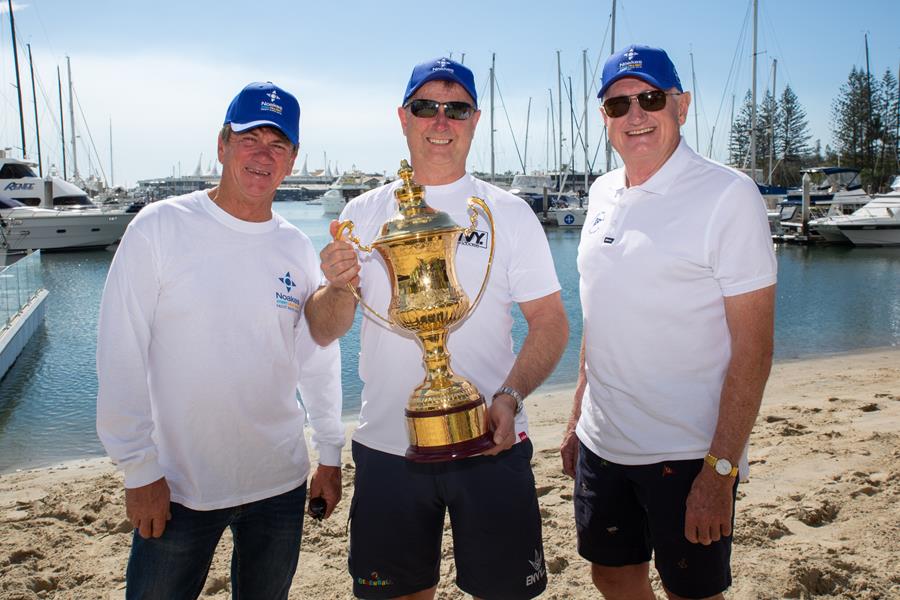 A Queensland TP52 crew, who all compete in other classes and typically train the day prior to the start of each major ocean race, has earned the pinnacle of the Noakes Sydney Gold Coast Yacht Race silverware.

Pushing them all the way from the Sydney Harbour start on Saturday July 27 was Matt Allen’s Botin 52 Ichi Ban, which finished second TP over the line and second on IRC overall results. Third on corrected time was Sam Haynes’ TP52 Celestial.

Cuneo attributes Envy Scooter’s winning run north to the experience of his close-knit crew, and meticulous preparation. “The saying is ‘proper planning and preparation beats piss-poor performance’. We plan smart on a limited budget and position people to get the best performance out of the boat.

“Conditions suited us – mostly 12 to 16 knots to a maximum 18 knots out of the south. We had very good intelligence on the weather, we made good decisions, and there were no breakages. We went out there and smacked it!

“Everyone was up for the final sprint to the finish; we were concentrating very hard to stay ahead of Ichi Ban and finished with a 6.5-knot land breeze doing 8.5 knots of boat speed,” said the proud skipper and Royal Queensland Yacht Squadron Commodore who was back at work in Brisbane the day after his midnight race finish.

Envy Scooters was once Ichi Ban and owned by Matt Allen, and before that it was Shogun V and also campaigned with plenty of success by Victorian Rob Hanna. The Envy Scooters program began in November 2017.

Cuneo has a four-stage program mapped out for this year. First was the Brisbane to Gladstone Race back in April – won on IRC overall results by Envy Scooters. Now Cuneo’s crew has claimed the IRC outright and ORCi division 1 win in the second event, the 34th Noakes Sydney Gold Coast Yacht Race, as confirmed by the Cruising Yacht Club of Australia this morning.

“After we won the Brisbane Gladstone I thought ‘wouldn’t it be amazing – as an unrealistic goal – to win all four’. It’s seemingly impossible but we’ve started off pretty well,” Cuneo says.