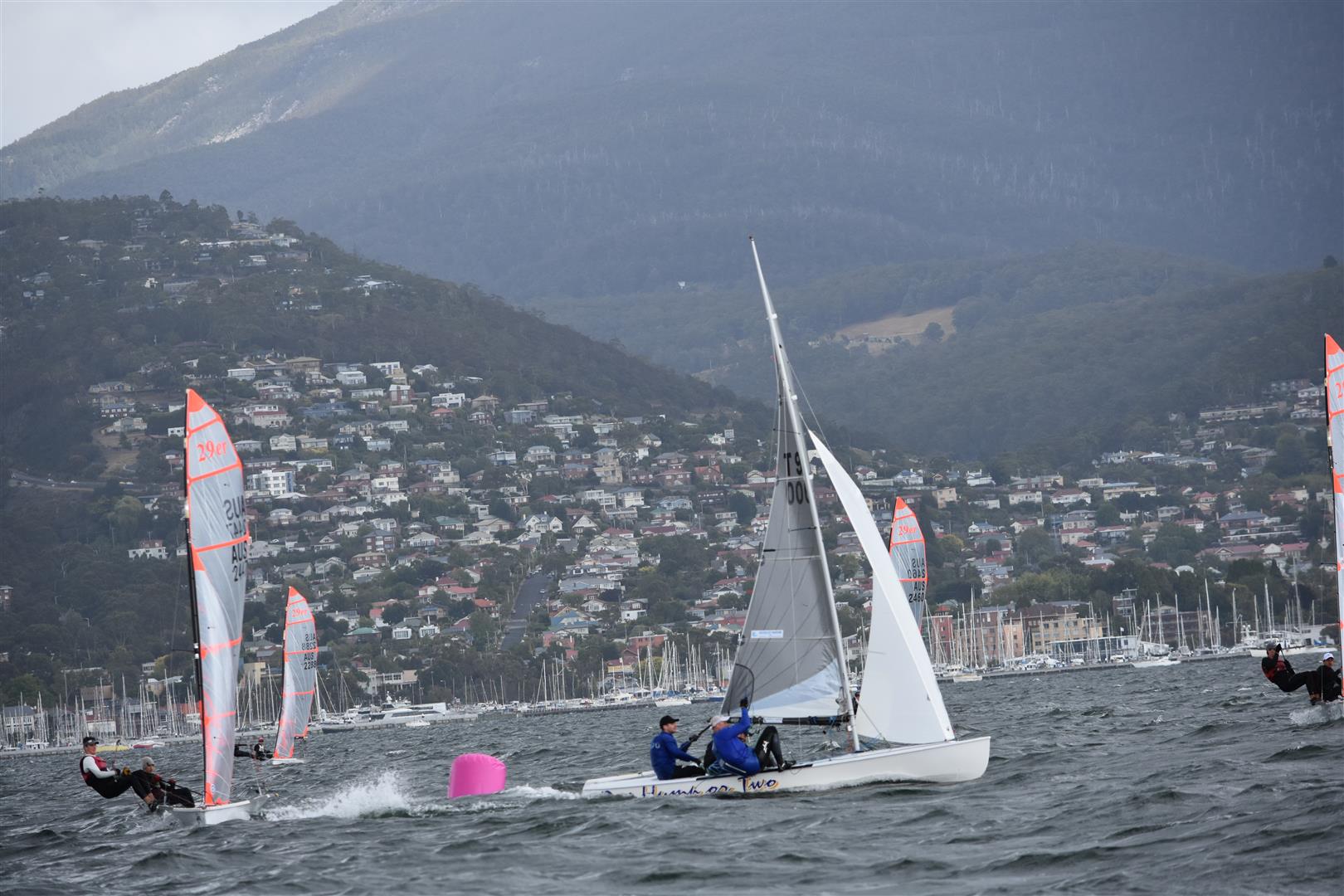 Caption 5: One Hump or Two

Just two points separated the top two boats in the high-performance 29er skiffs and in the International Cadets. Promising talent was to be seen in Sabots and Optimists.

Overall results were released last evening after the hearing of a protest involving the Laser 4.7 class and the sorting out of other results due to incorrect entries.

In the 29ers, William Wallis and Fynn Sprott, sailing Westwind, clinched victory with two wins and a third yesterday to take first place on a net 9 points.

The winning margin in the International Cadets was also just two points between two SBSC crews.

Jacob McConaghy and Sam Hooper, sailing Hurricane, continued their consistency of day one with a 3-2-2 result to finish with 9 points.

They just held out a determined last day effort by Hugo Allison and Grace Hooper who won three consecutive races in Shmokin, finishing the regatta with a net 11 points.

The regatta saw several optimum and near-optimum performances in the OTB classes.

In the Sabots, Daniel Maree steered Another Cannon to six wins out of seven races (second in the other) to win comfortably from Another White Boat (Edward Hillcoat) and The Fang (N Whitton).

The Optimist junior single-handed class drew a fleet of a dozen boats with Edward Broadby sailing Winded to six wins and a second. Adelaide O’Donoghue in Twiga won the other race and finished second overall.

The iconic Sharpies made a welcome return to the regatta with some newcomers sailing against former Australian champions Drew Latham, Nick Johnston and John Genders, who remained unbeaten in One Hump or Two.