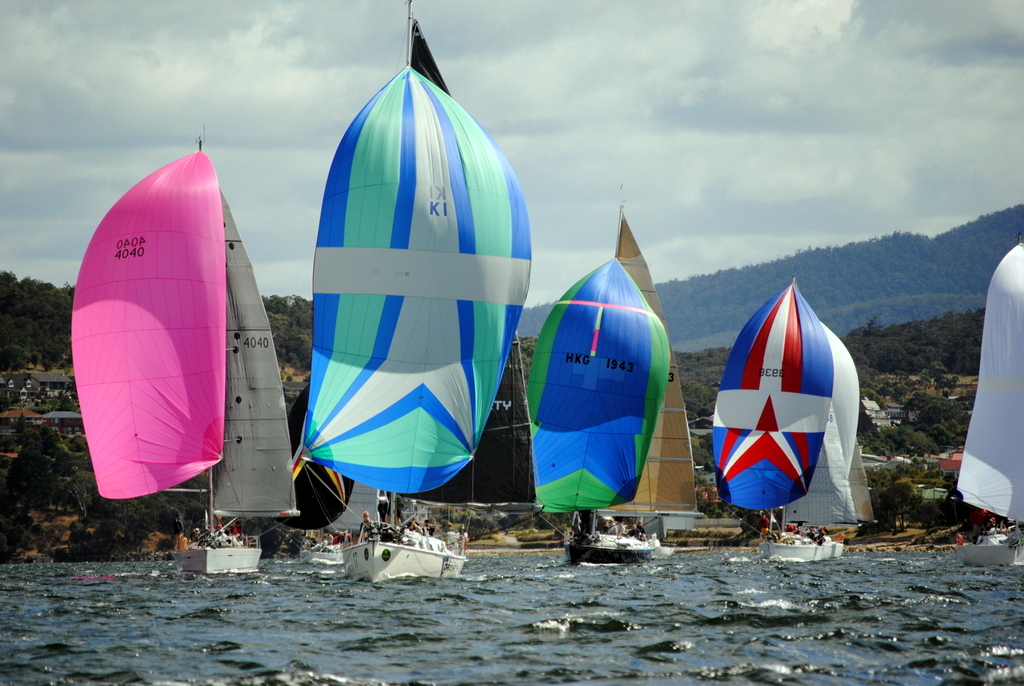 The annual Crown Series Bellerive Regatta on the River Derwent is known among yachties as being all about Performance Handicap (PHS) yacht racing, and keelboat owners and their crews have a great weekend of fun afloat and ashore.

This year, however, the program for the Banjo’s Shoreline-sponsored regatta also includes the inaugural Australian Measurement System (AMS) Tasmanian Championship, plus some keen one-design racing in SB20 sports boats and classic International Dragons.

For off-the-beach sailors, too, it’s a fun event with great prizes as the young sailors wind down after the intense summer of championship racing.

Certainly, the inaugural AMS Tasmanian Championship will add to the competition among racing and cruiser/racer groups.

A PHS entry is automatic for all keelboats but valid rating certificates are required an entry in the IRC and AMS categories.

Bellerive Yacht Club is encouraging all boats with a valid AMS certificate to enter the AMS category in their group or division. This will automatically list boats in the championship scoring, with special AMS division trophies.

If owners need to revalidate their 2017 AMS certificate, a speedy renewal can be anticipate by completing the revalidation link at http://www.raceyachts.org/application-form/re-validate-ratings

To quote BYC stalwart Ian Stewart, AMS is “simple, affordable and club friendly.” AMS State measurer Jeff Cordell reports that there are nearly 50 boats in Tasmania with an AMS rating and the Regatta organisers are confident many of those in Hobart will nominate for the AMS category of their group or division.

Interest in the 2019 Crown Series Bellerive Regatta can gauged from the list of early entries.
As of mid-week, there were 25 keelboat entries, headed by Commodore Graham Mansfield’s Dubois 40, Black Magic, and Vice-Commodore Ian Marshall’s Beneteau 40.7, As Good As It Gets in the Cruising (with spinnaker) Group.

One only has to see (and enjoy) the social interaction back at Bellerive Yacht Club after each day of racing (and Friday evening, too) of racing on the wide waters of the River Derwent.

The regatta, with Banjo’s Shoreline again the major sponsor and with many other strong supporters in goods and kind, will be launched at the BYC next Thursday morning, 31 January, with the event scheduled to start with a traditional twilight spinnaker race for keelboats on the evening of Friday, 15 February.

On the Saturday and Sunday the cruiser/racer yachts will be joined for some serious one-design racing in SB20s (their State titles) and the classic Dragons as a swarm of off-the-beach dinghies, skiffs and multihulls.

Once again, the hard-working regatta organising committee has come up with an innovative on-the-water and onshore program over the weekend, including the inaugural Australian Measurement System (AMS) Tasmanian Championship.

The cruiser/racers this year will have a PHS handicap rating and many also had an AMS and IRC rating (depending on entries), while the SB20s and the Dragons are also scored PHS corrected times in addition to their one-design fleet racing results.