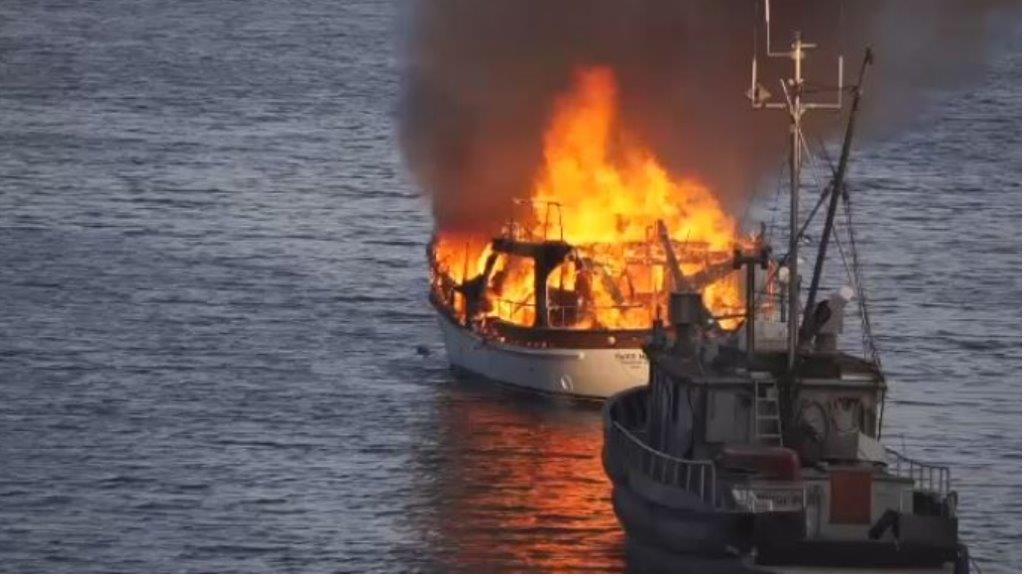 A boat burned for some time before sinking in Long Harbour off Salt Spring Island Wed.

A crowd of people on a Salt Spring Island beach were helpless as they watched a vintage sailboat go up in flames Wednesday night.

The 21-metre sailboat was anchored in Long Harbour when it caught fire at around 6 p.m. Witnesses said no one could do anything to douse the blaze due to a lack of resources.

Fire crews, the Coast Guard and the owners of the boat were forced to stand on the shore and watch it burn.

“Fire guys were there, wanted to go out on the boat, I think they had portable pumps and everything,” said witness Gary Hanney. “Coast Guard wouldn't take them out so the boat just sat there and burned.”

The sailboat burned for hours before sinking into the harbour.

Hanney said it was frustrating that crews could only stand by while the boat sank.

“They're just sitting there saying 'What can we do?'” he said. “I know that it's extremely expensive for one jurisdiction to have a boat and the training… I hope that after this they're going to work together and say 'Hey, we should really look at something.'”

No one was on board and there were no injuries.

The cause of the fire is not known.