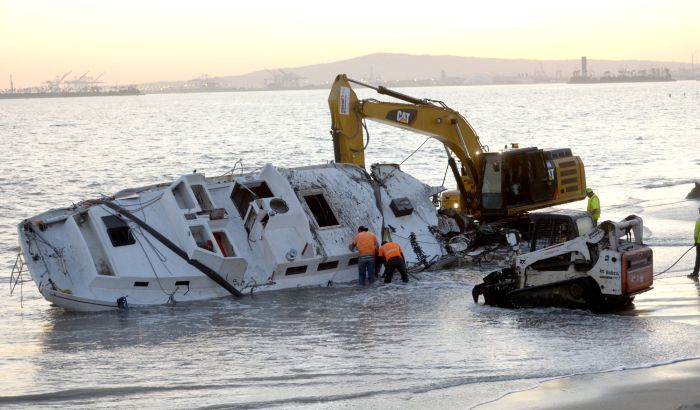 Work crews spent much of the weekend breaking up a large sailboat on the Peninsula that washed up last Thursday, Sept. 5.

The boat, which has an odd design using concrete, came ashore near 64th Place after its two operators lost control of it, resulting in a broken mast and other damage, according to Marine Safety Chief Gonzalo Medina. Two passengers were rescued and did not sustain any injuries.

However, the vessel was so far ashore that its weight prevented it from being dragged away, Medina said. Crews had to break it apart to remove it.

Work continued this weekend. Several beachgoers stuck around to watch.

See all the photos at the Long Beach Post.