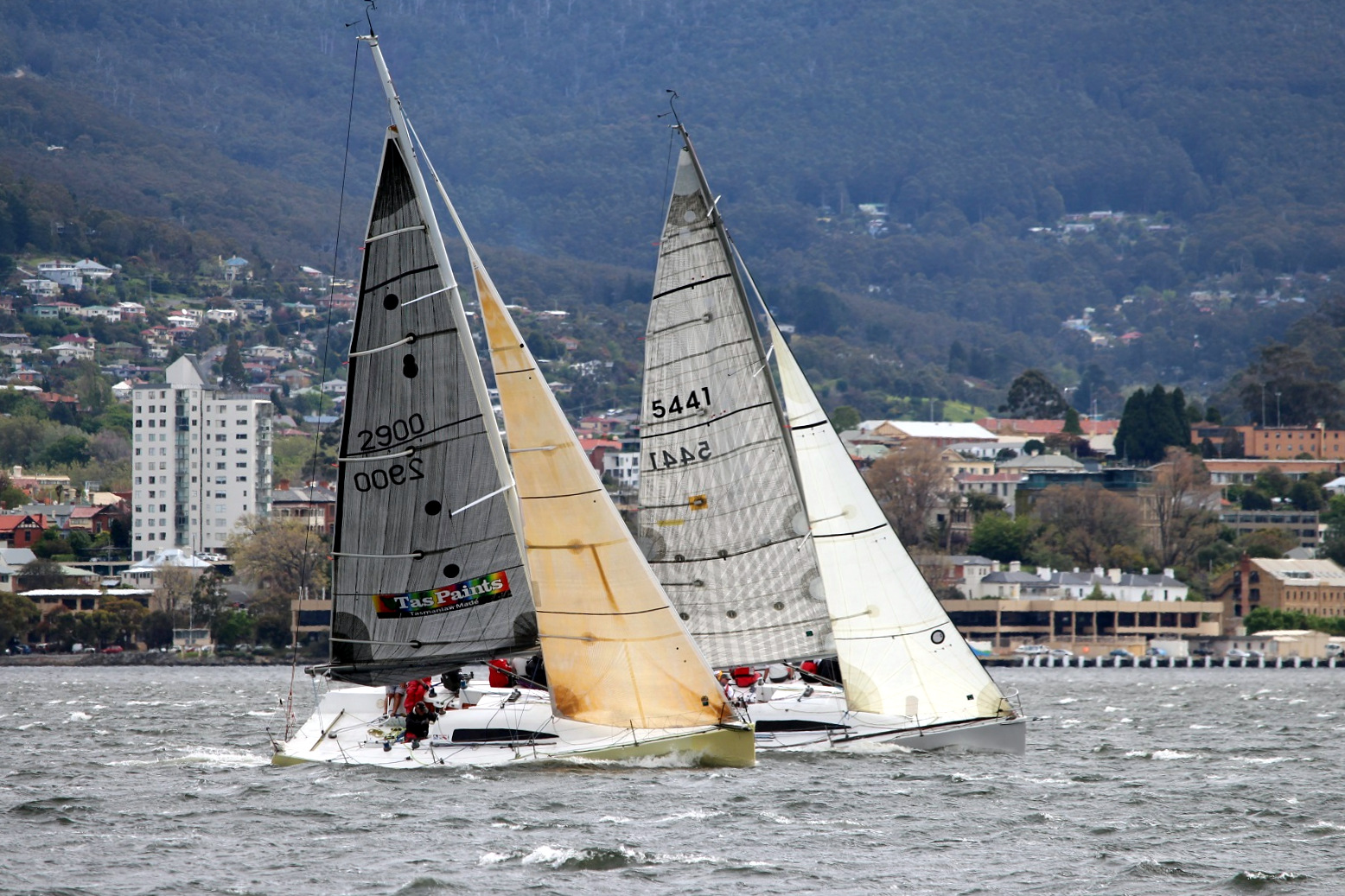 “Unfortunately, another torrid race day on the water…gusty north-westerly winds up to 40 knots, yet other times down to 15-22 knots with larger pressure differences across the course,” Bellerive Yacht Club sailing manager Peter Watson said.

Watson was referring to last Sunday’s Channel Race, the opening race of the Combined Club Long Race Series in which a gale slashed the 39 boat fleet by half.

“War Games (Wayne Banks-Smith’s Farr 40) retired today with an injured crewman, Firepro (Darren Clark’s Lyons 40) had a man overboard during a bad broach, and a crew member of Philosopher (Shaun Tiedemann’s Sydney 36) was injured when the boat nose-dived and broached while running fast under spinnaker.

All three yachts retired but none of the crew was seriously injured and the man overboard quickly recovered by the crew of Filepro.

“Philosopher was doing 17 knots when we nose-dived…I reckon at that point we were the fastest Sydney 36 in Australia,” owner/skipper Shaun Tiedemann said after the race.

“We did some damage to the stern stanchions but the crewman suffered only a minor injury to his knee.”

Due to the conditions, Bellerive Yacht Club race officers sent Division 1 and 2 boats down the river on a harbour course to Gellibrand Point and return to the Victoria Esplanade, while Groups 4 and 6 went to Punches and Tranmere then back to Victoria Esplanade finish.

In Division 2, the one and only starter retired, but the smaller boats in Division 4 and 6 all battled through the tough sailing conditions which have hit Combined Clubs racing over these past two weekends.