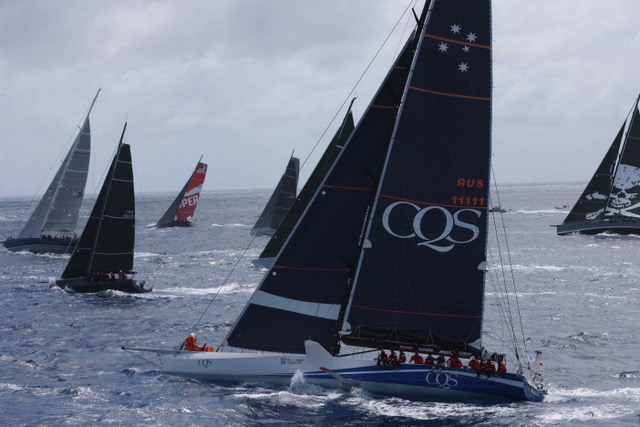 Ludde Ingvall and his CQS team have taken the very difficult decision to retire from the RORC Caribbean 600 race, this was due to an undiagnosed problem with the engine that runs the hydraulic systems on the boat.

Explaining the situation they found themselves in before the start Ludde said, “We found out fairly quickly that we had an electronic issue with the software, which on our boats the engine drives hydraulics, hydraulics runs every winch, our canard which is the rudder in front, it runs the DSS board, and runs the keel as well as propulsion.

“The problem we had was that four times the engine cut out in the middle of what we were doing and we didn’t understand why.”

As always, Ludde’s main concern was safety, and if the engine cut out during a critical manoeuvre lives could be at risk. After discussing the situation with his watch captains and safety officer it was decided to retire from the race.

Ludde expressed his huge disappointment, particularly for the young sailors who had travelled a long way to take part in the race. However with the nature of the Caribbean 600 having a course that goes close to a lot of island, and through some restricted channels, if the engine problem re-occurred they would find themselves in a very difficult situation.