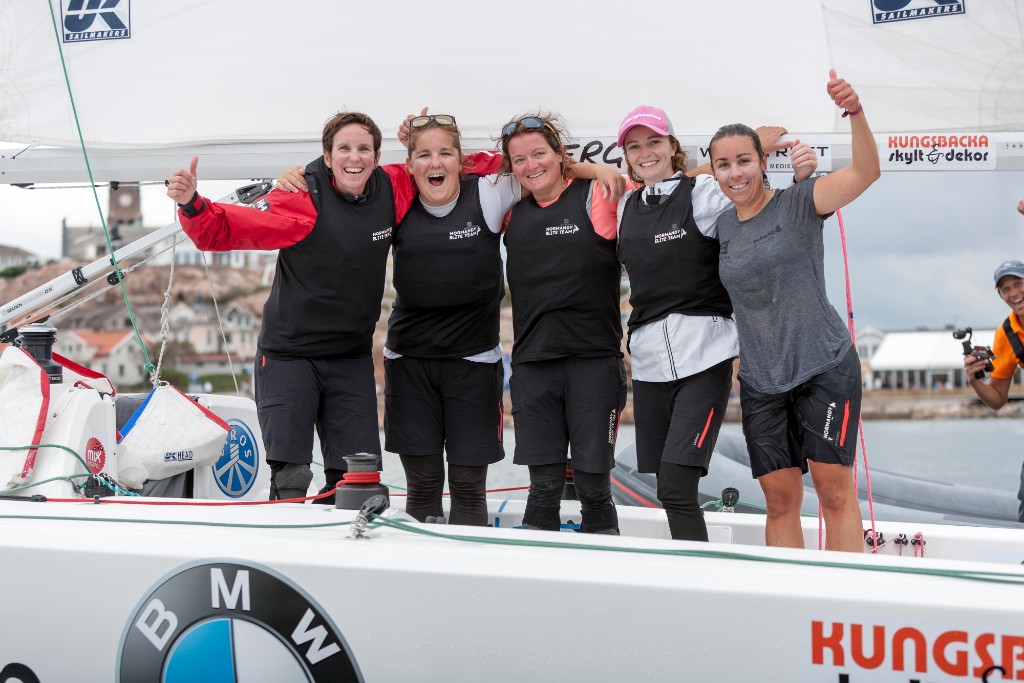 Lysekil Women's Match 2018 is over and the winner is French skipper Pauline Courtois with her team Match in Pink by Normandy Elite Team. Courtois ended on second place 2017, but this was her year.

”Koch’s team were very good, they were no simple opponents, so we're incredibly proud of our team’s performance”, Pauline Courtois said.

”We’re so happy, this feels amazing. It was tough today, the wind was tricky out there but we nailed all our pre-starts,” she said after winning three straight victories in today’s final. This after falling behind 0-2 in her semi-final match with Anna Ostling’s Swedish team. Courtois is the defending champion of the WIM Series and is aiming to defend her title.

Henriette Koch sailed her first match racing regatta here in Lysekil this week and although they would have loved to win she is more than happy with the team’s second place in today’s final.

”All three matches were really tight where their experience helped them win. Everyone on the team is extremely competitive so it’s never fun to lose. However, we’ll leave Lysekil with a proud feeling and we are so happy that we made it to the finals”, says skipper Henriette Koch, Women On Water/Team Kattnakken.

In the petite final, Sweden’s Johanna Bergqvist with her team Team Bergqvist Match Racing, won the first match against Anna Ostling. However, the latter evened the battle and forced a third and deciding match between the two Swedish teams.

“We were really close to taking them in the first match, after that we came back to the way we usually perform and it feels good to have reached the podium,” Ostling said after winning the bronze medal.

”We had the most amazing start in the last match and gave us an advantage that we never gave up”, says Annika Carlunder, about the team effort in the deciding match.

Two competitions of the WIM Series 2018 have been conducted. The next regatta, which runs in Ekaterinburg, Russia next week, is also the official Women’s Match Racing World Championship 2018.