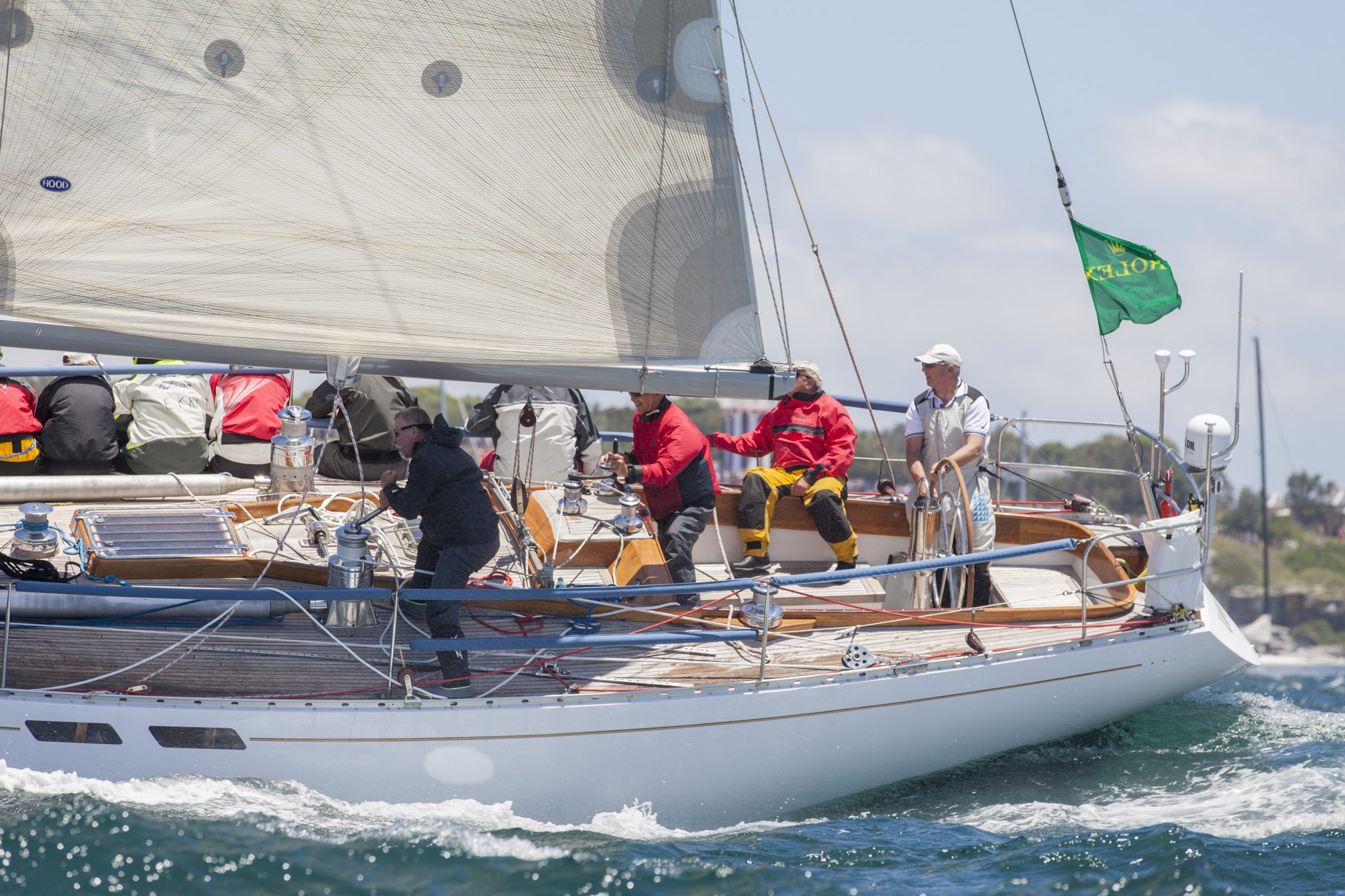 Love & War is among the classics. Photo Daniel Forster/Rolex.

The latest in technology and classic yachts are among early entries for the Cruising Yacht Club of Australia’s (CYCA) Land Rover Sydney Gold Coast Yacht Race, which starts at 1300 hours on Saturday 30 July.

Love & War, one of only two yachts to win the Sydney Hobart overall on three occasions, 1974, 1978 and 2006 (Freya won it from 1963 to 1968), is a classic S&S 47 design, launched for the late Peter Kurts in 1973. Simon Kurts has owned the yacht since his father’s passing and every two years has contested all of the CYCA’s offshore races, ending with the Rolex Sydney Hobart.

“We’ll be doing the Blue Water Pointscore and the Hobart this year,” Kurts confirmed.

“It’s nearly exactly the same crew we had racing in 2014: the old man of the sea, Lindsay May (an enduring navigator who skippered Love & War to overall victory in the 2006 Hobart), Erik Adriaanse from Canberra, my son Phil who lives in Melbourne, Joe Henderson, Peter Sheldrick and father and son, Steve and Jack McCullum from Tasmania.”

Love & War hit the race track for the first time since the 2014 Hobart in Sunday’s Great Veterans Race, hosted by the CYCA, and finished second to Amon Ra.

Joining Love & War in the race north to Queensland is another classic Sparkman & Stephens design, Shane Kearns’ Komatsu Azzurro. The S&S 34 will be defending the overall title she won in last year’s race as Quikpoint Azzurro.

Spearheading the technologically advanced yachts is Wild Oats XI, the eight-time line honours and record holder of the Sydney Hobart. The Oatley family has confirmed the 100 footer will line up for the 31st running of the 384 nautical mile race.

This will be the first time since the Hobart and the passing of the Oatley family patriarch, Bob Oatley, that Mark Richards and crew have raced the yacht.

Their Hobart came to a shocking end last year when a fierce gust destroyed the mainsail. It is the only time in the yacht’s 10 Hobarts it has not finished the race, resulting in huge disappointment for all concerned, as the yacht had only recently relaunched after receiving a radical transformation.

South Australia is represented with its newest ocean racer in Jason Ward’s Concubine. The Mills 45 was launched just in time to debut in the 2015 Rolex Sydney Hobart and finished 39th overall ahead of finishing second at Port Lincoln Race Week in February.

The Land Rover Sydney Gold Coast Yacht Race starts on 30 July off Nielsen Park, Vaucluse. It is the first race of the CYCA’s Blue Water Pointscore and marks the start of the northern circuit of races and regattas. The fleet will pass landmarks such as Newcastle, Port Stephens, Port Macquarie, Coffs Harbour and Cape Byron before finishing off Main Beach, Southport.

Entries close at 1700 hours on 8 July, 2015. Online entry and Notice of Race are available at the official race website: http://goldcoast.cyca.com.au/