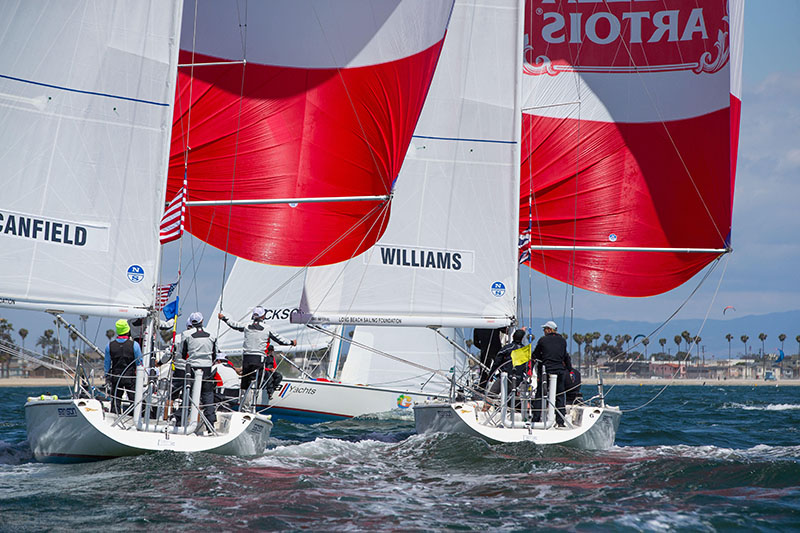 The excitement of Congressional Cup racing will return to Long Beach Yacht Club September 14 to 19, 2021 when the world’s leading match racing skippers compete for this venerated trophy and the prized Crimson Blazer.

“That’s a testament to the regatta and the prestige that comes with winning the Congressional Cup: the sailing is competitive and hospitality unmatched! That all six Tour Card holders made it a priority to come here illustrates what a marquis event we have been putting on, for 56 years.”

The Congressional Cup was on hold in 2020 due to the pandemic, making 2019 champion Williams the longest reigning titleholder in history. But the six-time world champion is also a quadruple winner of the Crimson Blazer – 2011, 2012, 2017 and 2019 – and tied with Taylor Canfield, Gavin Brady, Rod Davis and Peter Holmberg with four wins each.

If Williams can clinch victory in 2021, he’ll also become the winningest skipper in the 56-year history of this prestigious event.

Not if Canfield has his way! Canfield – with Congressional Cup victories in 2014, 2015, 2016, and 2018 – also has his eye on the title, as he vies with formidable competition to unseat Williams.