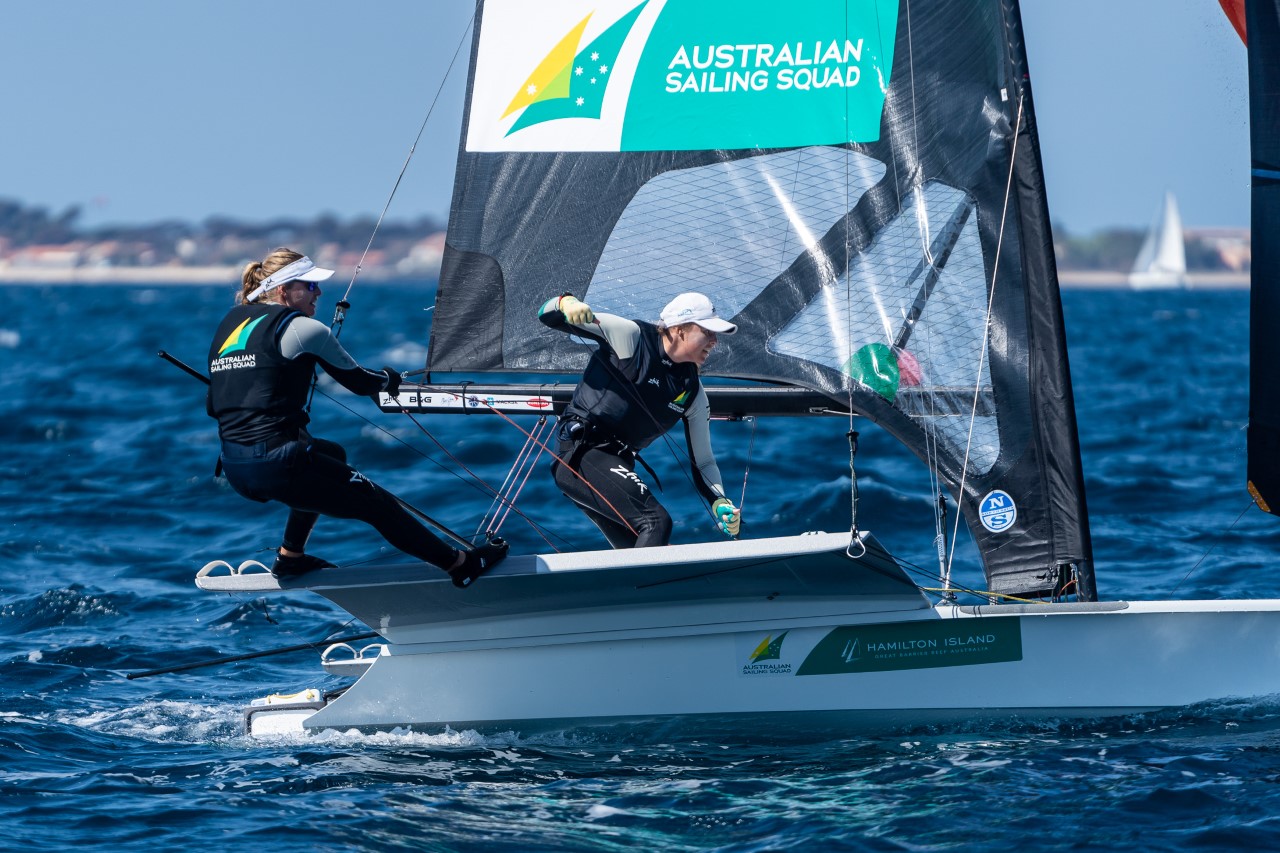 Key athletes in the Australian line-up include Mara Stransky, leading a strong field in the ILCA 6, plus Tom Burton and Simon Hoffman in the 49er, Olivia Price and Evie Haseldine in the 49erFX, and Jason Waterhouse and Lisa Darmanin spearheading the Australian Nacra 17 team.

Reflecting on the lead-up to the Kiel event, the team’s Technical Director Michel Blackburn said, “It has been an interesting one. It was a rough start in Palma with plenty of breakages and some illness so that was a challenge, but we did see a good bounce back at the Hyeres event with the athletes fit and healthy resulting in four top ten results.

“I see very strong potential in areas throughout the squad, particularly the 49erFX and ICLA 6 classes, where they are nudging the top ten more consistently and setting new personal benchmarks.”

Blackburn understands the importance of events like Kiel as the Australians reestablish themselves on the international circuit.

“It has been two years since the athletes have had a chance to compete at Kiel, plus there are athletes who have never sailed here. This is a massive regatta, and Kiel has not always been on our radar due to other events in our program. We are now at the stage of the season where the 49er and FX squads are in their lead-up to the European and World Championships, which means they are all looking to rise up and peak from regatta to regatta.”

Two of the top-performing Australian athletes with pedigree will be Jason Waterhouse and Lisa Darmanin in the Nacra 17. The Rio Olympic silver medalists have been preparing for the regatta in Sydney with coach Darren Bundock over the past few weeks.

The Mixed 470 squad are coming off some strong results at the recent Allianz Regatta, where Chris Charlwood and Amelia Catt won Silver and Conor Nicholas and Nia Jerwood finished in tenth. They have spent the time between regattas training at the 2024 Olympic venue in Marseille, building up their racing experience and focusing on ironing out minor kinks in their techniques.

Mixed 470 coach Malcolm Page commented, “The pandemic has meant that we have spent two years in the racing wilderness. As a team we had been sailing together, but the situation was not ideal. We are now in the development phase, but we are starting to find a rhythm and will be pushing hard this week.”

49erFX coach Victor Paya is happy with the squad’s preparation so far. His goal for the athletes at the start of the year was to learn from each other, and on how they approach the protocols and structure of racing, taking every lesson they could from the mistakes and successes.

“The key here is not about how many mistakes are made, it is all about how we analysed it and learn quickly from that, which is critical to moving forward,” Paya said.

“We competed at two major events Palma and Hyeres with big fleets, then at a recent event with fleets half the size in Holland where the athletes really stepped up. They showed personality, they showed good skills around the course and this means their speed is developing quite quickly. With three boats in the medal race and fighting to get two boats on the podium, it was a massive confidence booster to the team.”

The squad mentality is something Paya is looking to build as they prepare for Kiel and beyond.

“The first thing we do is to celebrate and enjoy that success, then it is important to keep our feet on the ground and move on to Kiel where I think the shifty and gusty conditions will suit our squad. We have just finished training in The Hague, which is the venue for the 2023 Worlds, getting some first-hand experience there before the drive up to Kiel.”

The Olympic classes regatta commences this Saturday (local time) and ends on Sunday 26 June with the Finals and Medal races.