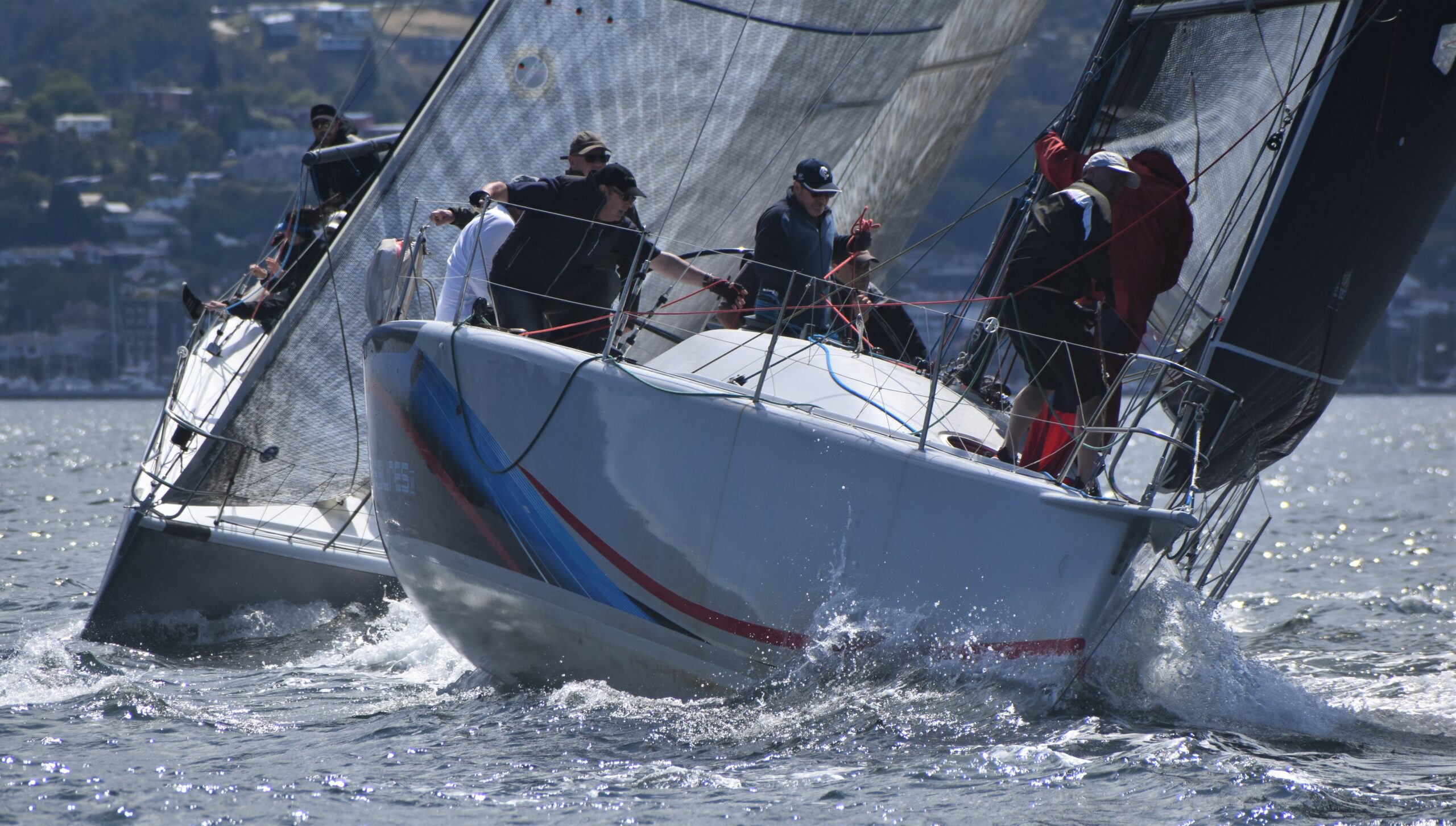 Hobart’s Combined Clubs fleet will take to the water on Saturday February 5 for the second last day of the Harbour Series.

The leading teams will be fighting it out to consolidate their spots in the point score.

The predicted south to south-east breeze of less than 10 knots is going to keep them on their toes. And if the race committee manages to get two races away, they will each drop their worst result of the series, tightening up the field.

In Group 1 PHS handicap, Guilty Pleasures VI (Gary Cripps) is on 15 points, two and a half points ahead of series regular War Games (Wayne Banks-Smith) and another five points clear of B&G Advantage (Jeff Cordell). If the drop kicks in, Guilty Pleasures will unload her 10-point shocker from Race 4. While War Games only drops a seven at this stage, putting it a further three points behind. Cordell also drops a 10. Intrigue (David Calvert) and Midnight Rambler (Ed Psaltis) will continue their on-water wrestle in IRC and AMS with Intrigue narrowly leading in both divisions.

42 South (Mark Ballard) continues her dominance of Group 2, leading on AMS and PHS. While Small Gains (Steve Chau) is getting serious heading into the pointy end of the season, with the boat likely to feel quicker through the water after Chau slipped the boat during the week and cleaned off a good feed of oysters.

Group 3 will be where all the action is, with the top three boats Rumbeat (Justin Barr), Invincible (Bryan Walpole) and Footloose (Stewart Geeves), all sitting on eight points on IRC handicap, while Rumbeat leads on PHS and AMS. Invincible and Rumbeat will be hoping for more room on the start line than the last race, while Footloose will need to take advantage of every opportunity on the water to win the day.

Racing gets underway at 13:25 under the authority of the Royal Yacht Club of Tasmania.