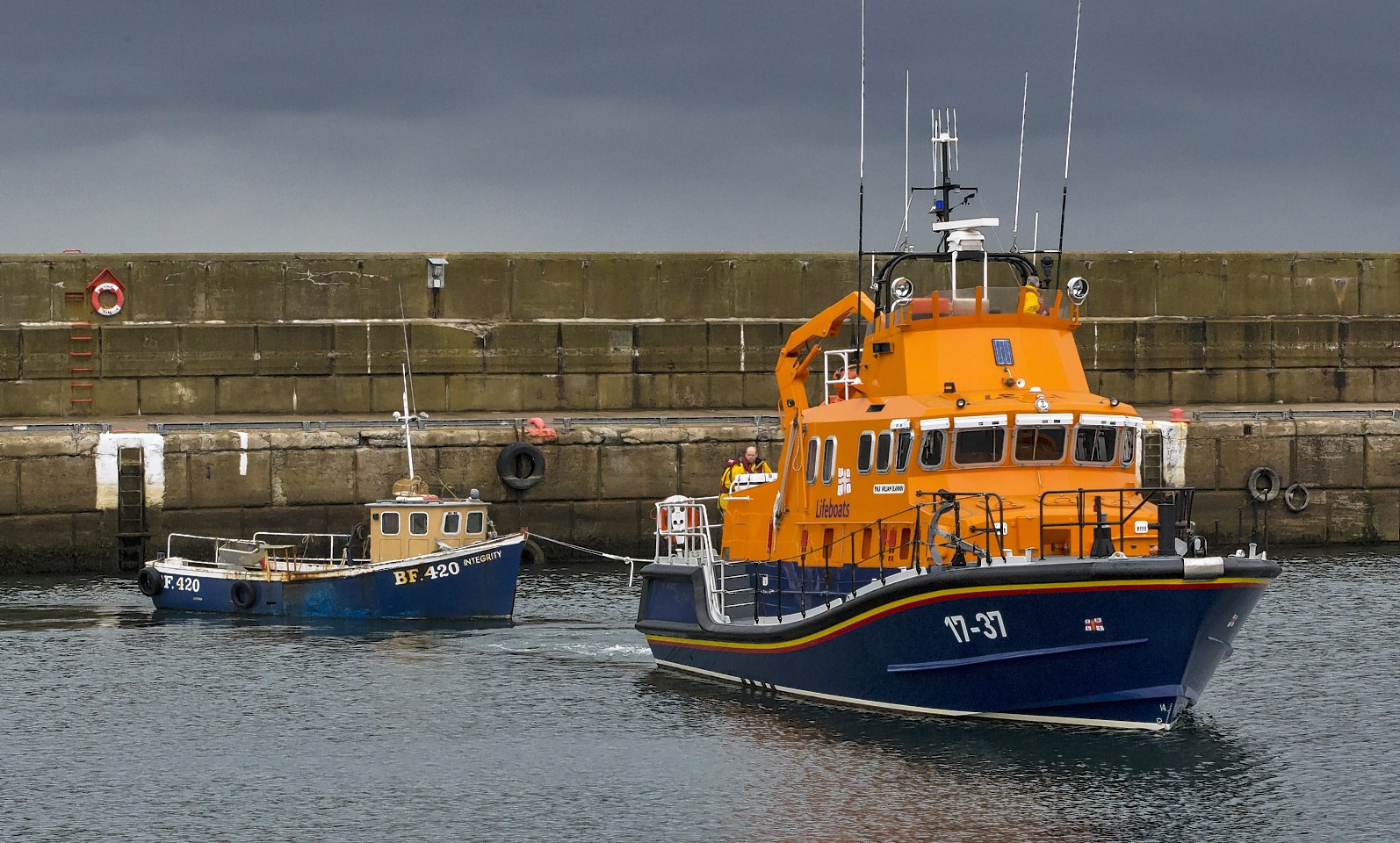 Lifeboats from Buckie were involved in the search. Photo Aberdeen Press and Journal.

The Coastguard yesterday vowed to “prosecute offenders to the fullest extent of the law” after a hoax call sparked a major search.

The warning came after a mayday radio message was received at about 6pm on Monday night reporting three people abandoning their vessel in the Moray Firth.

An extensive search operation was launched, involving lifeboats from Buckie, Fraserburgh and Macduff as well as coastguard teams from Banff, local fishing boats and a helicopter from Inverness.

But after spending five hours looking for any signs of distress nothing was found and the sea search was called off.

Now the Coastguard has said they are “fairly confident” that it was a hoax call.

They have also warned those responsible that they could face legal action for calling out crews.

Matthew West, duty controller for HM Coastguard, said: ”Given the fact that no further information has come forward regarding the incident in the Moray Firth, we are now fairly confident that this was a hoax call.

“If we get an emergency transmission we always treat it as real. If we think someone’s in danger or in trouble we will always search for them rather than risk loss of life.

“We would like to take this opportunity to remind people that making deliberate, false or misleading calls is against the law and we treat it very seriously.

“We keep a record of these calls and hold those records as evidence for future prosecutions. Have no doubt, if you’ve been identified as making a hoax call, the Maritime and Coastguard Agency will seek to prosecute offenders to the fullest extent of the law.

“Not only do hoax calls waste the valuable time of our coastguard officers, volunteers and resources such as the RNLI and our aircraft while searching; it also may be putting other lives at risk by diverting our resources away from genuine emergencies.  It also puts our emergency services’ crews lives at risk as they searched for nearly five hours in rough weather conditions with nothing found.”

The RNLI said three of its lifeboat teams scoured the coast from Troop Head to Portsoy.  The operation began inshore and finished around six nautical miles out at sea.

Last November, Fraserburgh lifeboat was involved in a search for a missing kayaker which turned out to be a prank.

Kevin Finnie, a coastguard leader from Banff, said he could see the volunteer crews working in freezing conditions.

He said: “I was watching them out in the water and it was horrendous – they gave up their time and it was all for nothing. The whole community is absolutely fizzing.”

In 2015, a hoaxer who lied about a yacht being lost off the Highland coast was jailed for four months.