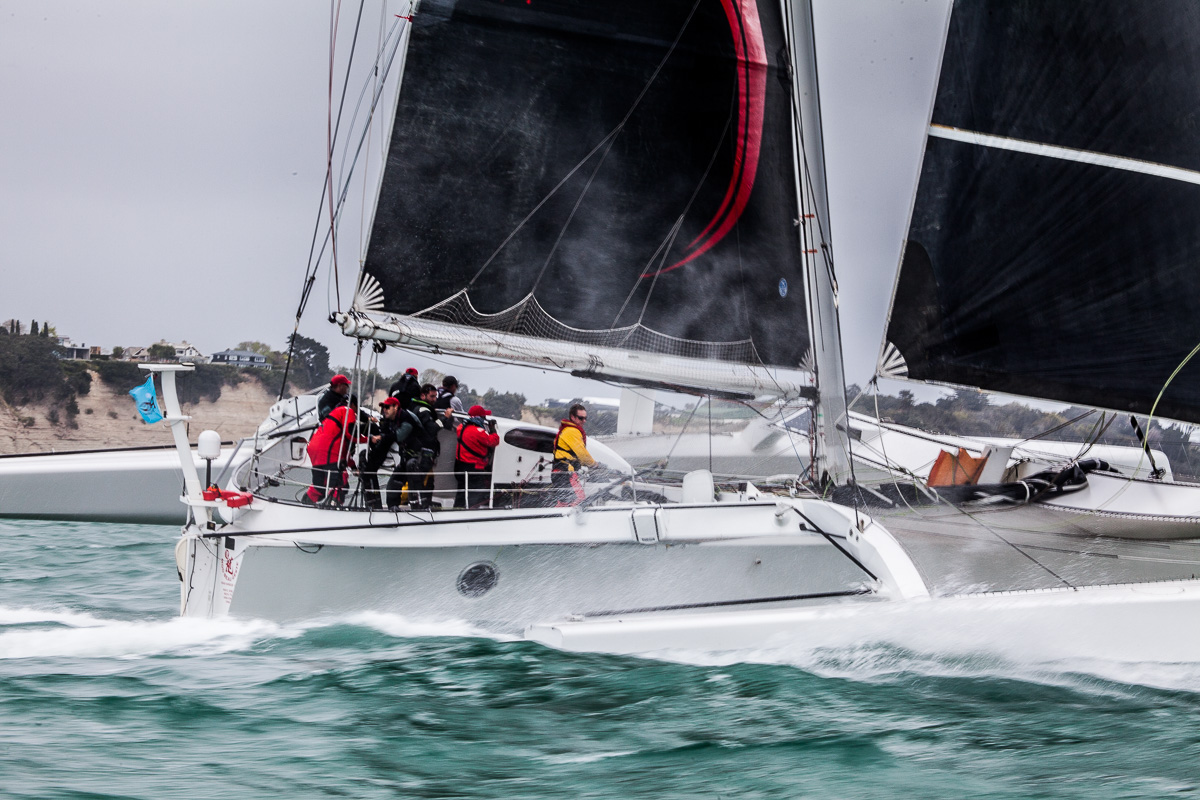 At 3pm this afternoon, Beau Geste set a new record for the PIC Coastal Classic yacht race, having sailed the 119 nautical mile course in a time of just 5hrs, 37sec.

The conditions were slightly windier than they expected, averaging 20 to 30 knots of wind speed for the duration, and the team felt “comfortable” that they were on record pace – until they got to Cape Brett.

“It lightened up a bit at The Brett so we took out the reef and had to try really hard to stay on pace,” says Carrington Brady, the 16-year-old navigator on board. Carrington is the daughter of professional sailor Gavin Brady, who is the helmsman for Beau Geste.

“Just before Sail Rock we hit our top speed which was higher than 45 knots,” says Carrington. “Its one of the races we'll remember for a very long time.”

At 4:30pm Friday, the 16.6m Murray Ross designed catamaran Apache, owned by Bay of Islands local (and yachting legend) Erle Williams, is already in the bay and hurrying home for tea.

Approaching Cape Brett in a three way fight to the finish, in a very similar style to last year,  are multihulls Cation, Kotuku and the fleet's biggest monohull, the Imoca 60, Awen. Awen pipped both catamarans to the finish line in 2019 – only just.

Until today, the race record was held by Team Vodafone Sailing/Frank Racing which has won eight of the last nine races, and held the record of 5hr 13 minutes since 2014.

As one of the fastest trimarans in the southern hemisphere, this is the third significant race record that Beau Geste has accomplished this year.  Prior to setting this new record for the PIC Coastal Classic, they also won the Brisbane to Gladstone Race and Brisbane to Hamilton Island Race.

Spectators can follow the race, and view results as they become available, online www.coastalclassic.co.nz.