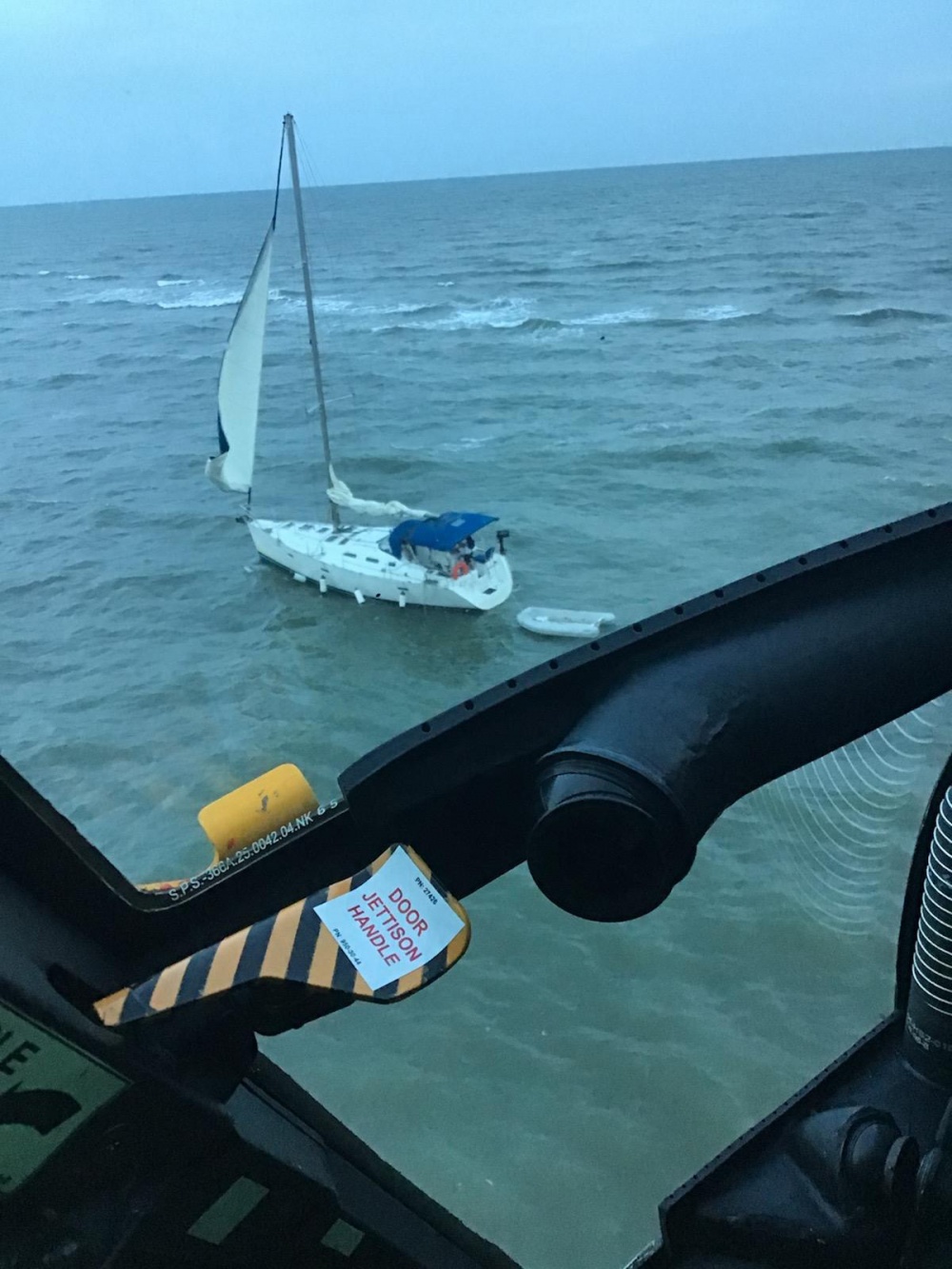 Helicopter view of the sailboat aground. Photo US Coast Guard.

SAVANNAH, Ga. — The US Coast Guard rescued a 56-year-old man after his sailboat became disabled and aground near Sapelo Sound, Sunday.

Coast Guard Sector Charleston command center watchstanders received a call at 1:08 a.m. from the operator of the Rosa Vessia, a 43-foot sailboat, stating his vessel was disabled, dragging anchor and at risk of alliding into a marked submerged rock pilling.

The aircrew located the disabled sailboat, which had started to allide with the rocks, and lowered a rescue swimmer who assisted with safely hoisting the man.

As the owner is a member, Tow Boat U.S. arrived on scene shortly after and recovered the sailboat from the rocks.

CHARLESTON, S.C. — The Coast Guard rescued two boaters after the sailing vessel they were on ran aground three miles east of Edisto Island, Friday.

Coast Guard Sector Charleston command center watchstanders received a mayday call via VHF Channel 16 at approximately 7:30 p.m. from the crew of the sailing vessel Moyo stating they gone aground or struck a submerged object with two people aboard.

The aircrew located the sailing vessel on the shoal in the surf and lowered a rescue swimmer who assisted with safely hoisting the two boaters.

The vessel owner will arrange salvage.