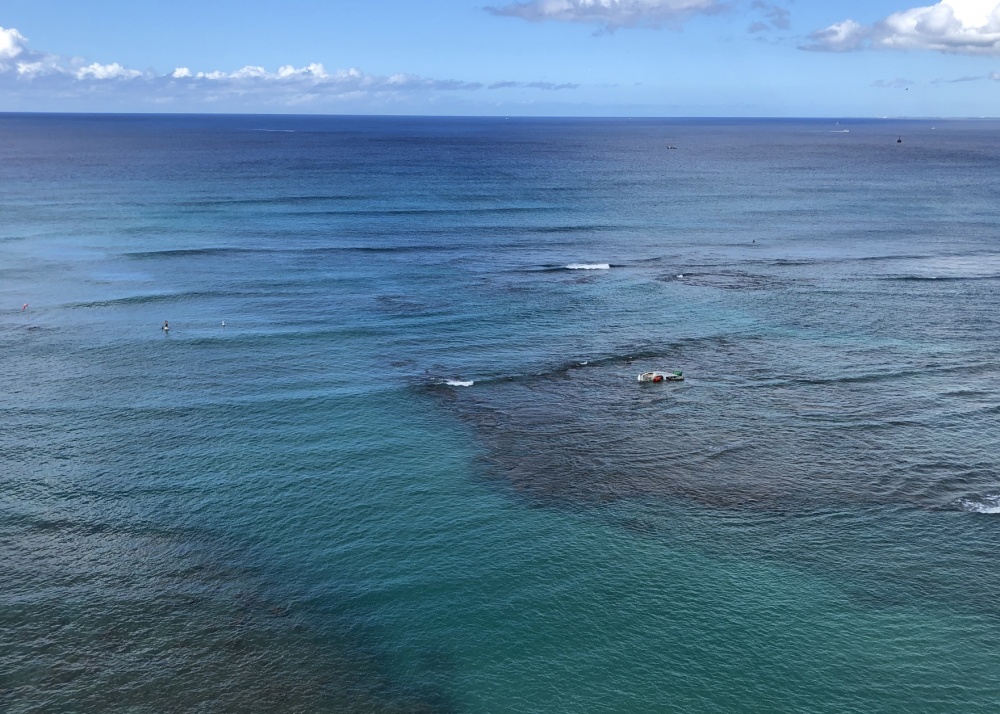 Vessel aground near Oahu. Photo US Coast Guard.

HONOLULU — The Coast Guard, State of Hawaii, and salvors are working to remove the sailing vessel Prelude aground near Kaimana Beach, Wednesday.

The owner has hired a private salvage company to remove the 33-foot Prelude. Coast Guard and state responders continue to monitor the situation for environmental and public safety impacts.

“Salvage of vessels in the marine environment can be complex and time consuming,” said Chief Warrant Officer Russ Strathern, a Sector Honolulu pollution response expert and Federal On-Scene Coordinator Representative from Coast Guard Sector Honolulu. “Just when you think you have the right plan, the environment or the vessel doesn't want to cooperate. In this case, weather and tides have hindered the salvor's attempts. We will continue to work with our state partners to monitor the owner's efforts to safely mitigate impacts.”

At 3 p.m., Sunday, Sector Honolulu watchstanders received a report from Honolulu dispatch stating the vessel was disabled approximately 400 yards off Diamond Head Lighthouse. The Prelude then ran around while watchstanders were contacting the operator.

Honolulu County Ocean Safety a Lifeguard Services launched Jet Ski operators to the scene and recovered the three boaters from the grounded vessel. No injuries were reported and they were bought safely to shore.

The reported maximum pollution potential was five gallons of diesel fuel, engine lube oil, and marine batteries. A discharge of diesel was reported by swimmers this morning. The private salvors report they have removed the marine batteries and a portable fuel canister from the vessel, and that the vessel's internal fuel tank contains water only, with the only remaining petroleum aboard being the residual lube oil in the engine.

The salvor collected diesel coated debris from the vessel and shoreline for proper disposal. The salvor has sorbent material ready to deploy if needed. Attempts to re-float and remove the vessel continue as the tide allows.

The weather on scene is winds of 17 mph and seas up to 2 feet.

Members of the public are asked to use caution in vicinity of the grounded vessel and are asked to report any signs of pollution.

The National Weather Service has issued a small craft advisory for much of the Hawaiian Islands region. The Coast Guard recommends waterway users exercise caution while on the water as conditions may be unpredictable to even the most experienced mariner.