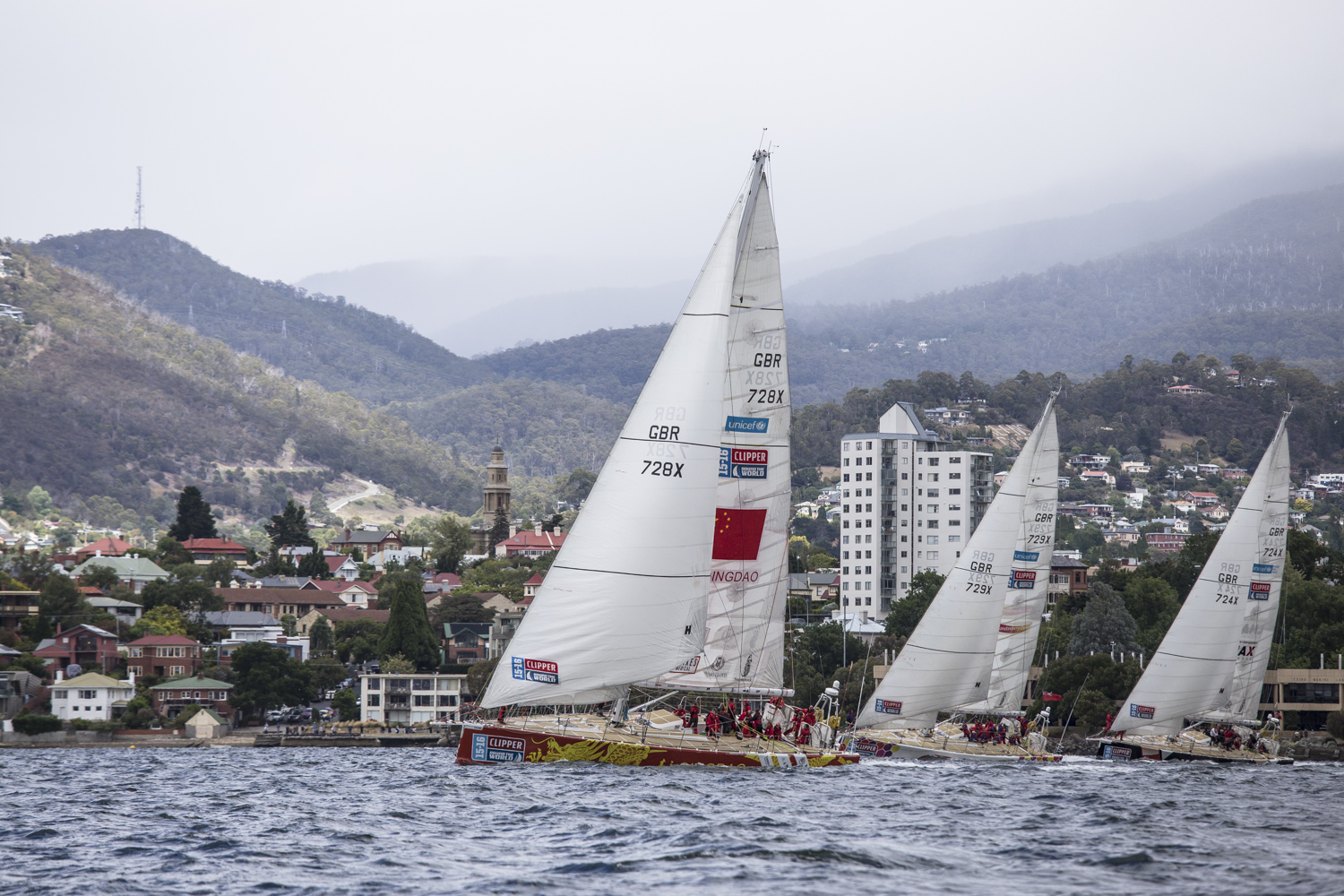 The sixth stage of the Clipper 2015-16 Round the World Yacht Race got underway today following the fleet's successful Sydney-Hobart campaign.

The Henri Lloyd Hobart to Whitsundays Race is the sixth of 14 races which make up the 11-month global series which started from London at the end of August last year.

The latest race started this morning (2 January 2016) at 1100 local time (0000 UTC) from Hobart, Tasmania. The 1,631 nautical mile race to Abell Point Marina, Airlie Beach is expected to take around ten days to complete.

During Race 6, the fleet will cross the Bass Strait for the third time to race up the east coast. The teams have already demonstrated great spirit and seamanship in all completing one of the hardest editions of the Sydney-Hobart for many years: a third of the108 starting yachts retired, including many professional teams and super maxis.

Clipper Race founder and Chairman Sir Robin-Knox Johnston said it was a huge achievement, not to be underestimated: “I think it reflects both the high quality of their training and the robust nature of the Clipper 70 design that all the boats finished without major damage or injury when so many professionals had to pull out.”

Wendy Tuck, Australian Skipper of Da Nang – Viet Nam, said she was ready to push the crew harder again in an effort to emulate their Race 5 win in the Clipper Race class in the Sydney-Hobart

“I have sailed this route up to Airlie Beach a lot of times, so am very familiar with the conditions, which I hope will give us an advantage. It should be a fast race,” Wendy added.

Greg Miller, Skipper of Mission Performance, said: “There is a buzz round the whole fleet still from competing in the Sydney Hobart, so it is good to get racing again so quickly.

“The wind will be behind us for most of the way, then we are expecting it to come round half way, then come round again so it will be a long kite run. Team wise, we always start races well and go hard for the first half of the race before things fall apart a little towards the end so we need to push up a few gears,” he added.

The start followed a parade of sail in the Derwent River in front of spectators and spectator boats with support and logistics provided by the Royal Yacht Club of Tasmania.

The fleet is anticipated to arrive into Abell Point Marina, Airlie Beach, between 13-14 January. The top three teams will be presented with the Race 6: Henri Lloyd Hobart to Whitsundays Race pennant.

Pioneering the development of all modern technical sailing clothing for 50 years, the race’s Official Technical Clothing Partner and Race 6 sponsor, Henri Lloyd, has provided foul weather gear built to withstand the challenging conditions the Clipper Race crew members face during the circumnavigation for the past 13 years.

Paul Strzelecki, Joint Chief Exec Henri Lloyd said: “Our partnership with the Clipper Race has been going from strength to strength since the start of our relationship in 2002, and our sponsorship of the Hobart to Whitsundays race is a testament to that. We wish all the crews the best of luck and safe passage.”