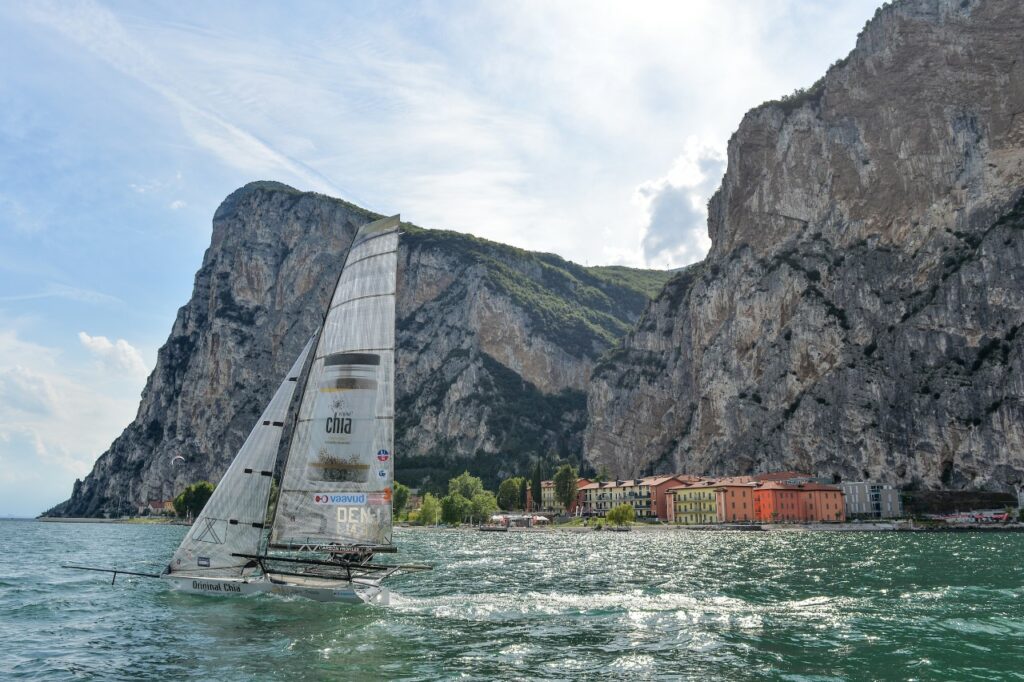 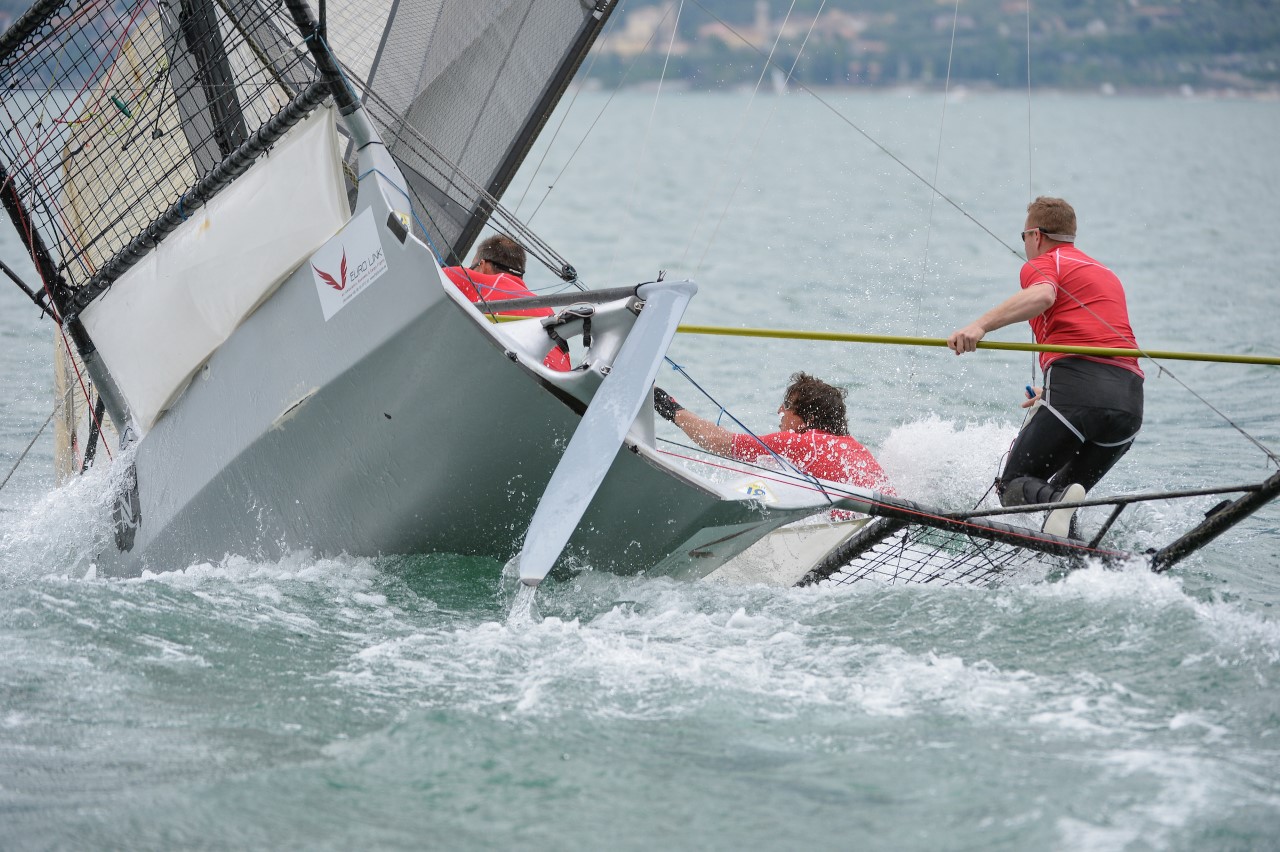 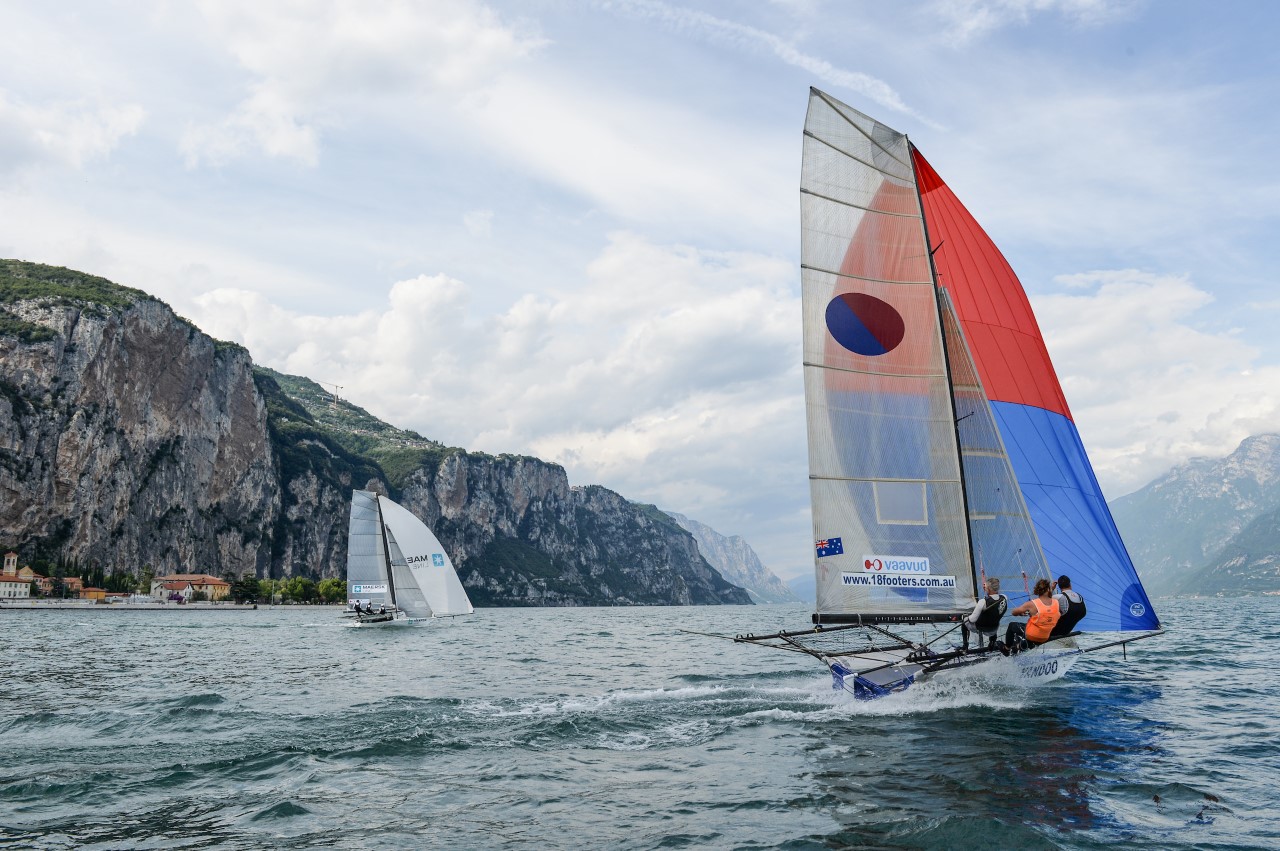 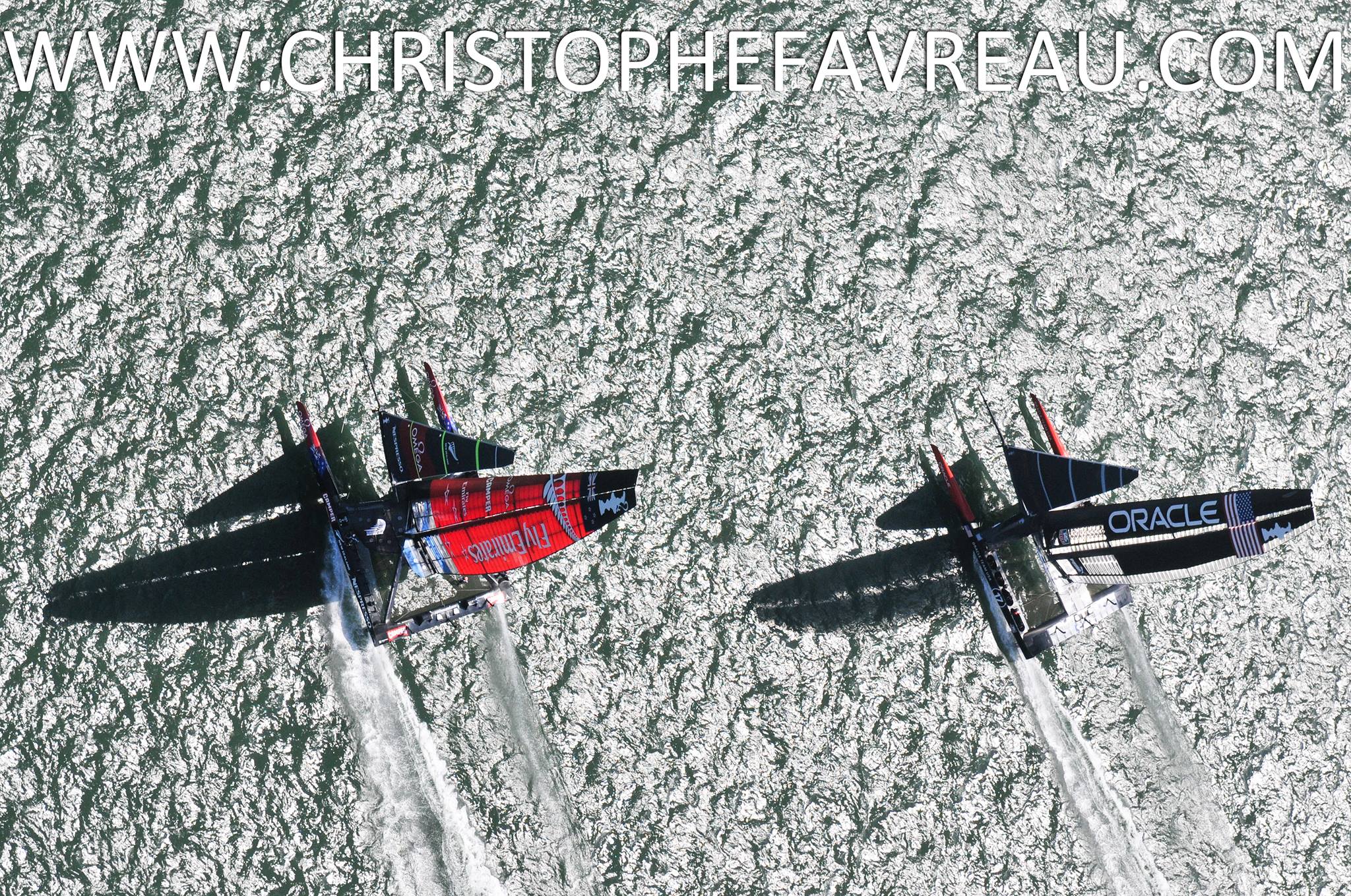 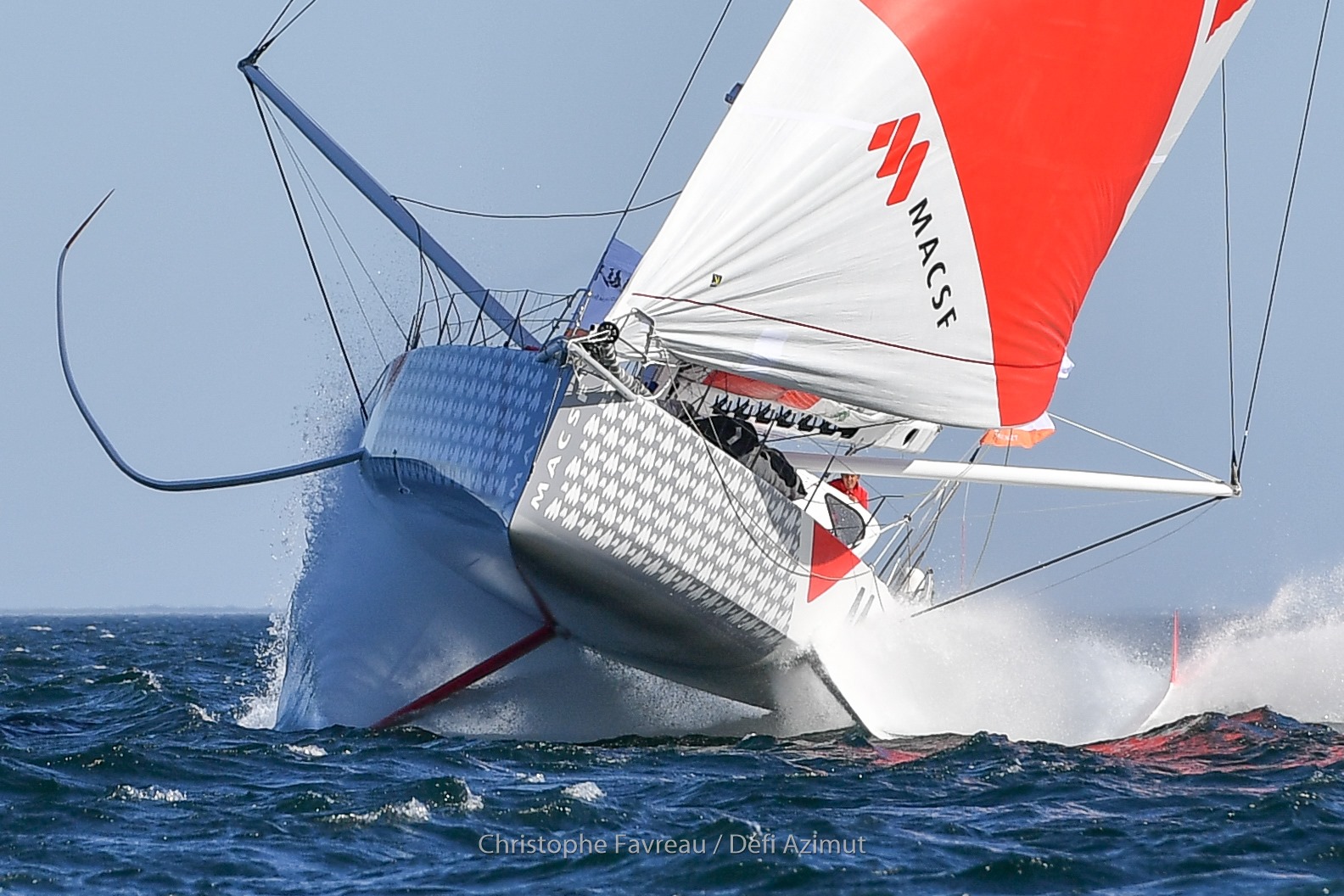 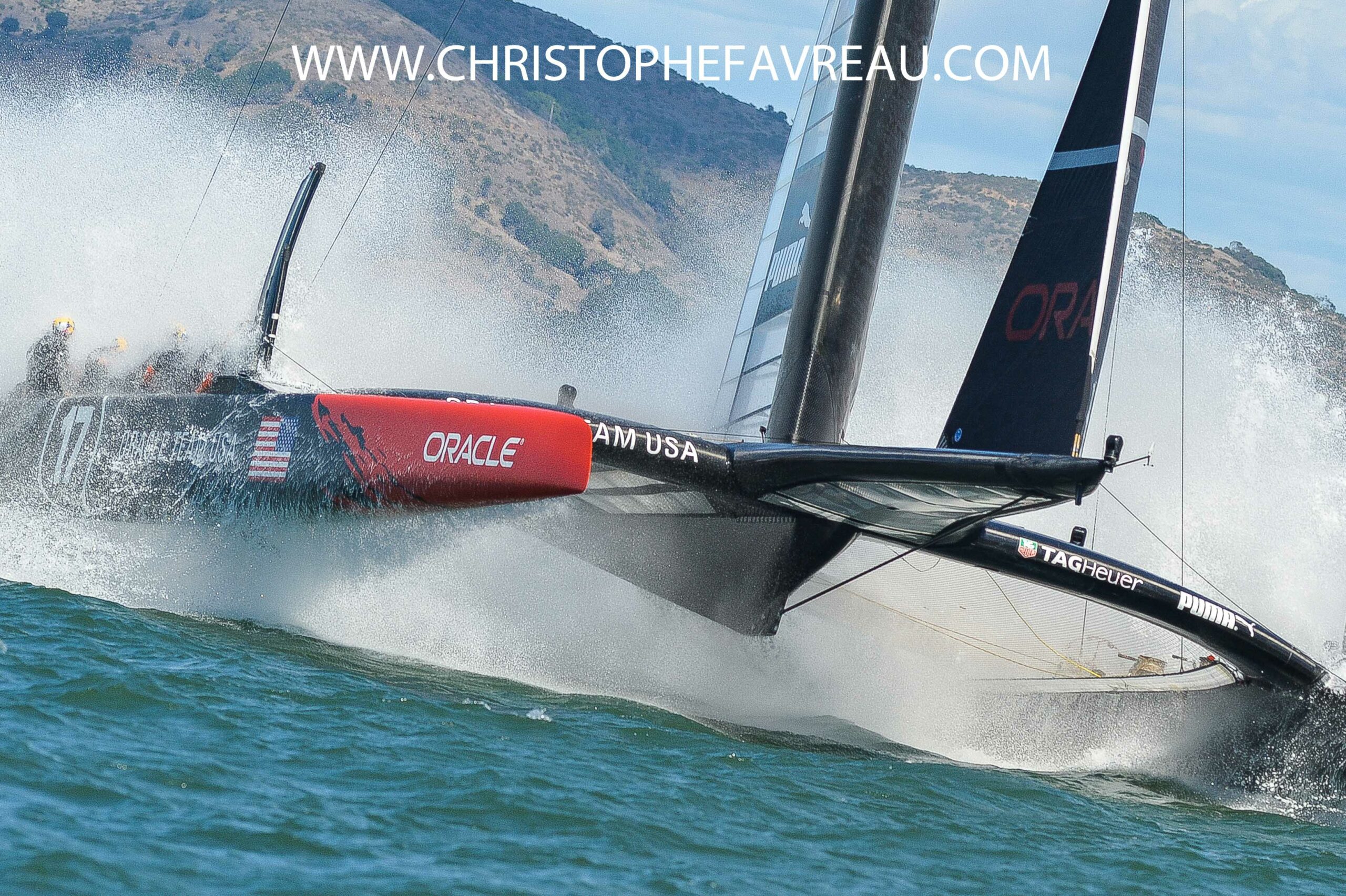 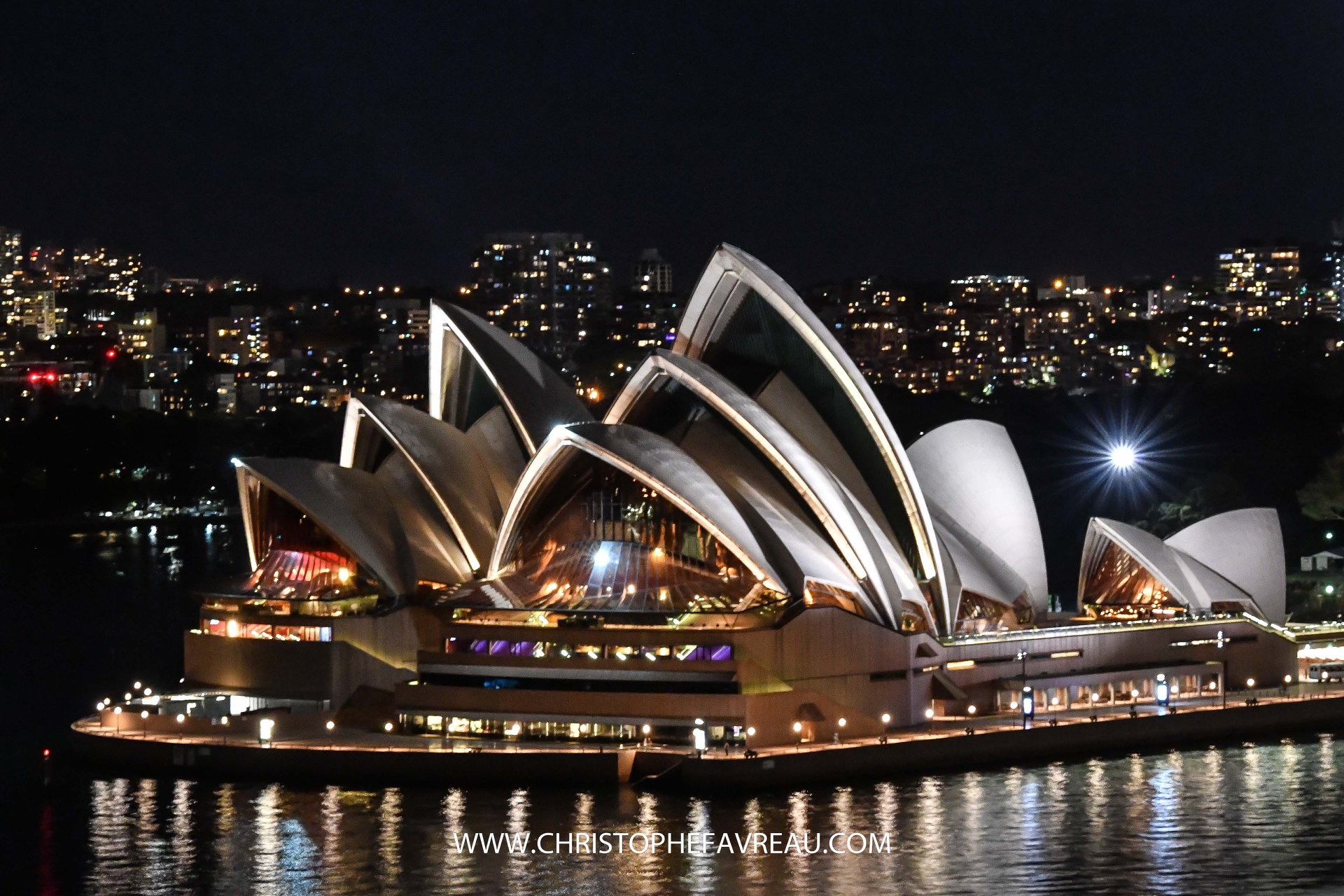 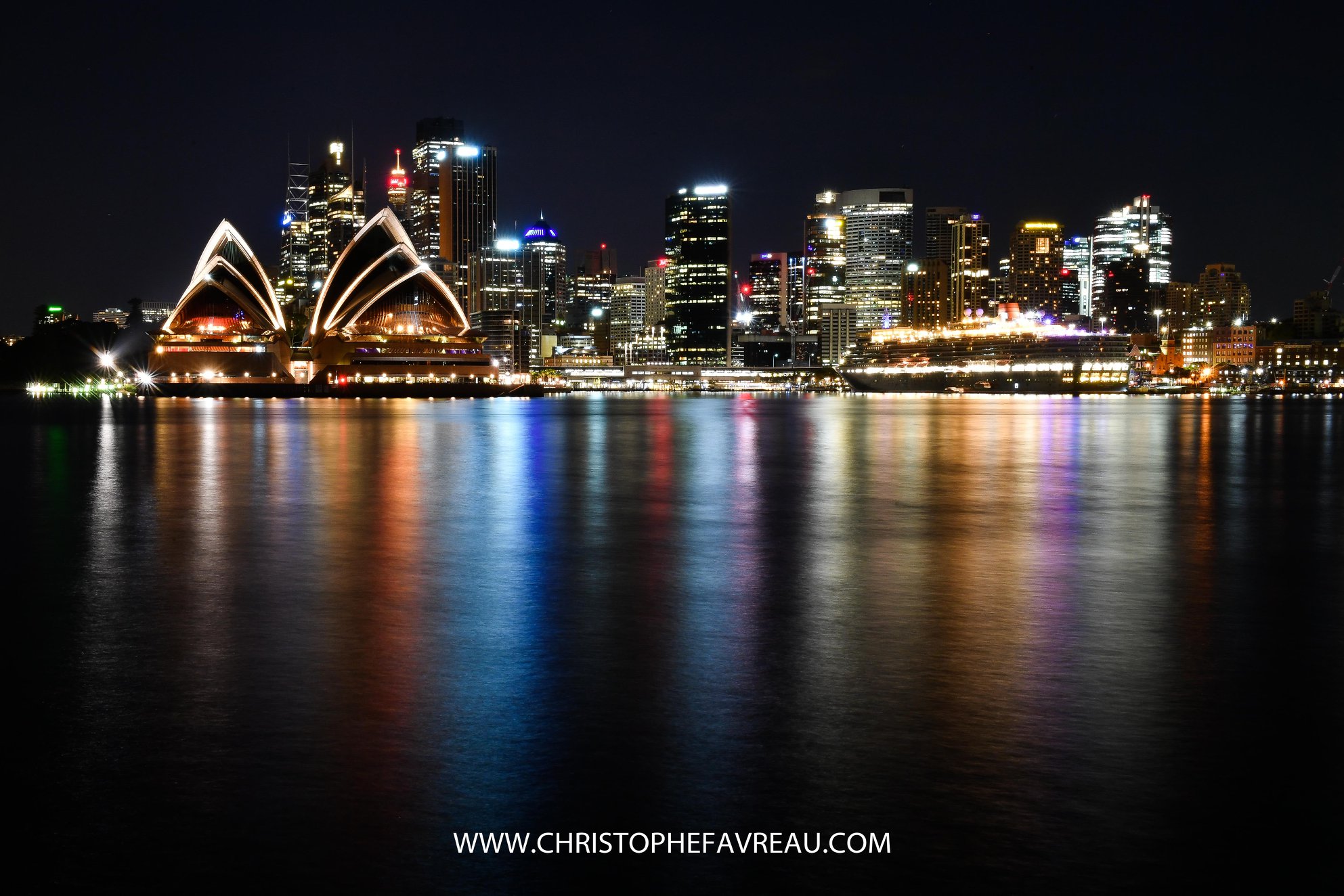 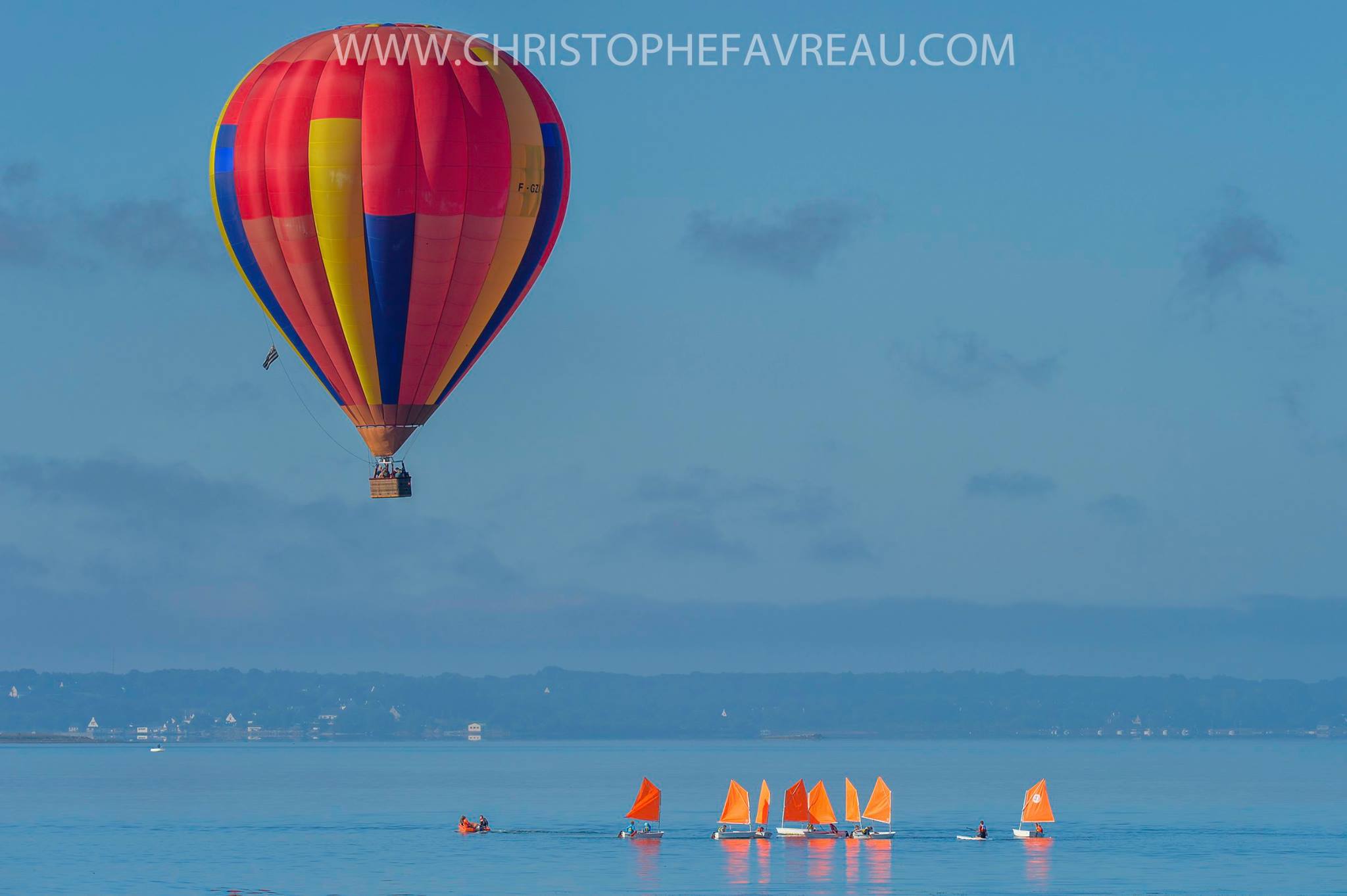 Two months ago, a dejected French photographer, Christophe Favreau believed that he probably wasn’t going to make it to Sydney for the JJ Giltinan 18 footer Championship in 2022 because of the COVID-19 restrictions, which were being placed on international arrivals into Australia at that time.

Christophe made it down under and did his thing to cover the world’s biggest annual 18 footer event for a leading French sailing magazine as well as video work for the weekly international ‘Sailing World On Water’ program.

Asked to reflect on his visits to Australia, Christophe recalls, “I came first in 2006 as I was invited by the French team (Groupe Sefico, run by Christophe Orion, Philippe Vallée and Eric Caiveau).

“They were staying at Woody’s place and the Winnings invited me to stay with them, which made my trip very special.

“I was used to the European circuit but discovering the intensity of the 18 foot skiff sailing in Sydney Harbour was a very unique experience.

“The 2006 JJ wasn’t very windy except on the 25 of February, the day before I had to go back to France, and I was lucky enough to get a good shot of Rag and Famish flying in a good north-easter.

“This was a true revelation for me. Seeing those incredible machines flying upon the water like this gave me the feeling that it was really the ultimate sailing.

“I then came back every year except two or three times for personal reasons. So, this year was my 14th JJ I guess…

“I got invited to San Francisco in 2008 by Howard Hamlin, who told me, if you come, I will give you helicopter time.

“Well, flying upon (or under) the Golden Gate bridge shooting or filming those flying machines in San Francisco Bay was a super exciting challenge and of course I came, even if it was a foggy edition where I just saw the pile of the iconic bridge!

“I must have come then nearly 10 times I would say.

“The 18 in San Fran is a pretty unique package, especially with the bridge to bridge race which is sailed in between the Golden Gate bridge and the Oakland Bay bridge, and who is reuniting any kind of fast sailing boats including foiling ones like kites and windsurfing boards.

Obviously, Europe was the first time he began to follow the 18s. “I started to follow the European circuit in 2005. It was pretty active in those days, and we were regularly having fleets around 15 and 20 boats.

“The destinations I particularly remember were Campione Del Garda in Italy and Carnac in France.  Two amazing spots. Sonderborg, in Denmark, was pretty amazing too. Six-Fours in south of France, in 2007, was a great venue also.

“The European circuit I was following was really exciting and full of passionate people that were making together a very friendly international family, reunited by the taste of extreme sailing.

“The fact Aussies and American where regularly joining was also great value to the circuit which is still running.”

Asked about his 2022 visit he said, “This trip has surely been the most humid I have experienced…and I am coming nearly every year since 2006. Two years ago, it was massive fires, now heavy rains and floods! Australia is definitely a land of extremes! Of course, I hope for a better weather in 2023 but this year has also been a source of dramatic pictures of 18 footers under some severe storms, which is always spectacular.”

Despite the weather, surely the results produced by Heinrich Von Bayern and the Martin brothers must have been pleasing.  “It was great to see the Germans perform as they did.  The international pandemic has made the presence of foreign teams very low this year as there was just another team from Denmark racing the JJ Giltinan.

“I like to see that we are still able to be competitive in Europe and that the European circuit is still alive.

“I wish the San Francisco event would come back also as it is surely one of the best 18 foot skiff regattas, in such an iconic and windy place.  For me, the 18 footers are made to race is some very special places like Sydney Harbour, Lake Garda in Italy, Quiberon’s bay in France…I have covered the international circuit when it was at its best and that was amazing.”

Christophe’s photography is wide ranging.  “The beauty of photography is you can work on an infinity of subjects.  Even if I am really focused on sailing, I also like portraits and architecture too.  Landscapes are also very nice to shoot as it is usually linked to travel and discovery of new places.

“The Sydney Opera House is surely the best-known icon in Australia. I really love that building which gives to the city her identity, makes it very special.  And it looks like some full spinnakers on some angles, which gives iconic sailing shots opportunities when you can put some boats in the frame with the Opera House.”

The Australian 18 footer community loves to see Christophe back in Sydney each year and, hopefully, with the worst of the pandemic behind us, the 2023 JJ Giltinan Championship will return to the pre-Covid days.

The local fleet now includes some great young and experienced international sailing talent ready to take on all challengers from other Australian states, traditional rivals from New Zealand and the best from Europe.