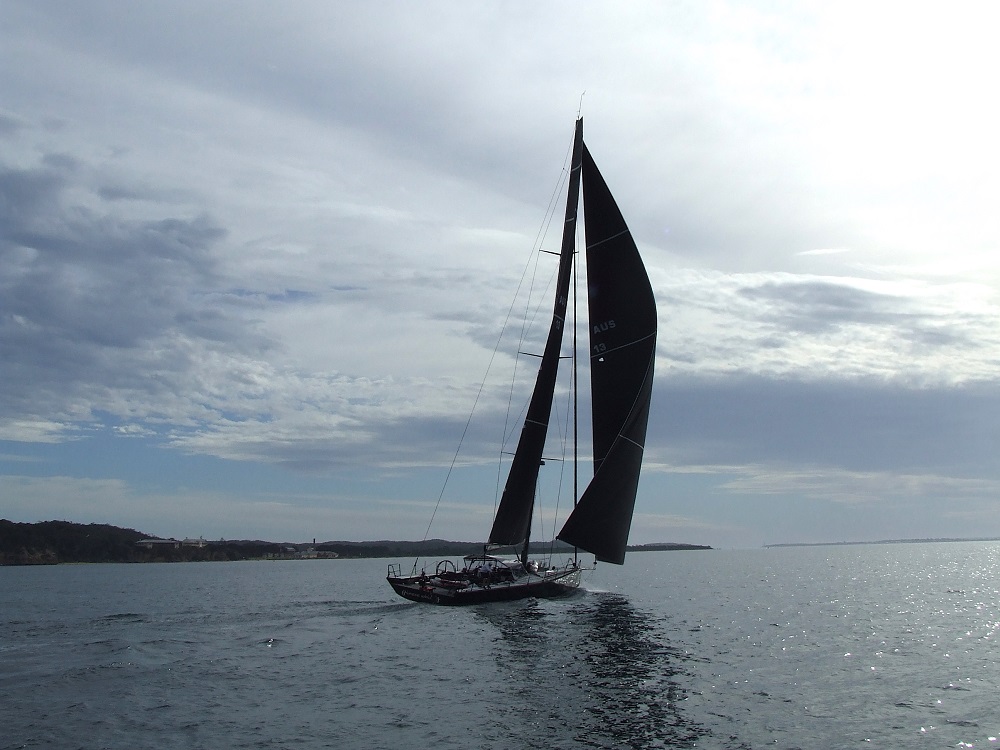 Rupert and Greg were cheered on by their families who had flown to Osaka especially, with Rupert's wife Sarah and proud parents Jill and David along with Greg's wife Nikki and daughter Georgia (an unexpected surprise for Greg).

There were a huge number of supporters and finish line volunteers from OHYC, with several boats cheering them on despite it being 4am. We had expected them around 11pm but light winds in Osaka bay meant it was a long night for all. The boys had to work hard running in very light winds and gybing many times to make the finish line.

For those using the tracker, there are some gremlins in the system which mean the race finish time and elapsed times are not calculating correctly, they will be sorted. Official results are calculated independently of the Blue Water Tracks system, results shown in the tracker are only indicative. Chinese Whisper is also looking like taking wins in the handicap divisions too, but those results are yet to be verified.

Well done guys, well sailed, be proud of your hard work and achievement. Finishing an Osaka race is something you will cherish.