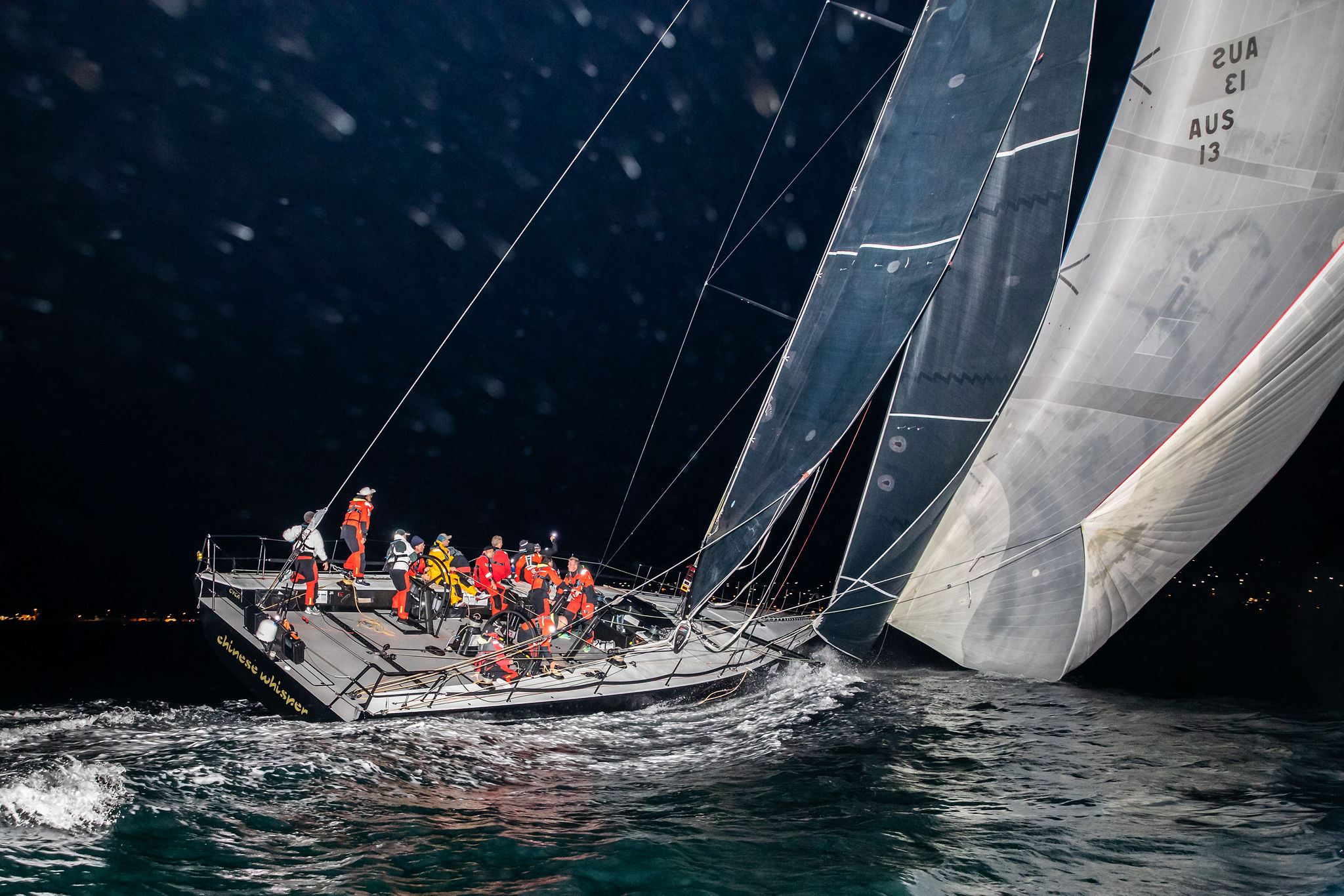 David Griffith’s JV62, Chinese Whisper, has set a new record in the 2020 Teakle Classic Adelaide to Port Lincoln Yacht Race on Saturday morning, finishing at 1:34:17 hours in the time of 10 hours, 34 minutes, 17 seconds.

Chinese Whisper held off Sean Langman’s fast-finishing RP69, Naval Group (also inside the old record time), by a little more than two minutes. The NSW boats rekindling a rivalry from the 2019 Rolex Sydney Hobart when Griffith’s boat finished less than two minutes ahead.

Rob Date and Scarlet Runner set the previous monohull record of 12 hours, 3 minutes, 17 seconds in 2011. Chinese Whisper shaved just one hour and 29 minutes off it. Date competed this year, but with a different boat, a cruisier Scarlet Runner.

“We were lucky that Wild Oats XI and the other big boats weren’t there, but it was great to beat a 69-footer, our friends on Naval Group,” Griffith said after arriving on the docks in Port Lincoln.

“We had a great battle with Naval Group down the last few miles in the dark.”

“None of us have really ever done (the Adelaide-Lincoln race) before, but everyone has said it’s a great race and Port Lincoln’s a wonderful race week to come and do,” he said.

“We’ve never been down this part of the country so it’s exciting to be here.”

Closely following the first two boats was reigning Sydney-Hobart champion and last year’s Adelaide-Lincoln line and overall winner, Matt Allen and his TP52, Ichi Ban – who looks likely to be crowned the overall winner again. Geoff Boettcher’s TP52, Secret Men’s Business, was next and the first South Australian boat to cross the line.

Conditions were described as “glamour” by many of the sailors with consistently strong winds giving crews downwind action all the way to the finish line.

The remainder of the yachts had fast races as well, with the majority of the fleet finished before midday. Five high-profile yachts from the CYCA made the trip from Sydney to complete; Chinese Whisper, Naval Group, Ichi Ban, Quest and Victoire,