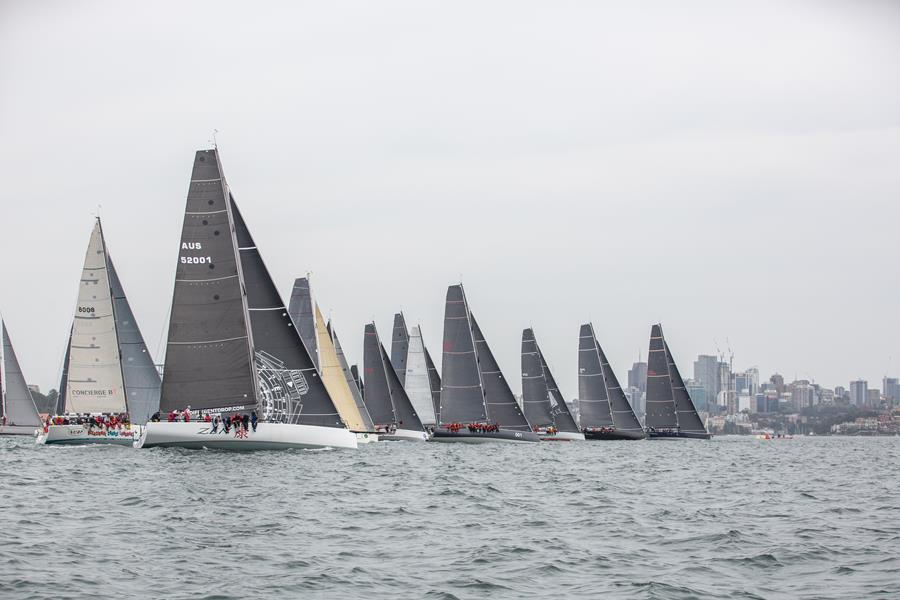 A 10-15 knot nor’ easter met the 32 competitors at the start of the Flinders Islet Race – the second of the Cruising Yacht Club of Australia’s Audi Centre Sydney Blue Water Pointscore Series.

Setting off from Point Piper and tacking up Sydney Harbour to the Heads, the yachts encountered bumpy conditions as they set spinnakers making for Flinders Islet some 46 nautical miles south of Sydney.

The five remaining TP52s; Ichi Ban, Gweilo, Koa, Celestial and Quest made up the rest of the front-runners. They were closely followed by Cookson 50, About Time, and the Rogers 46, Smuggler.

“It’s going to be a great downwind sail to Flinders Islet. Coming back will be a different story though,” Smuggler crew, India Howard, said.

Follow the Flinders Islet Race via the yacht tracker: https://bwps.cyca.com.au/tracker/