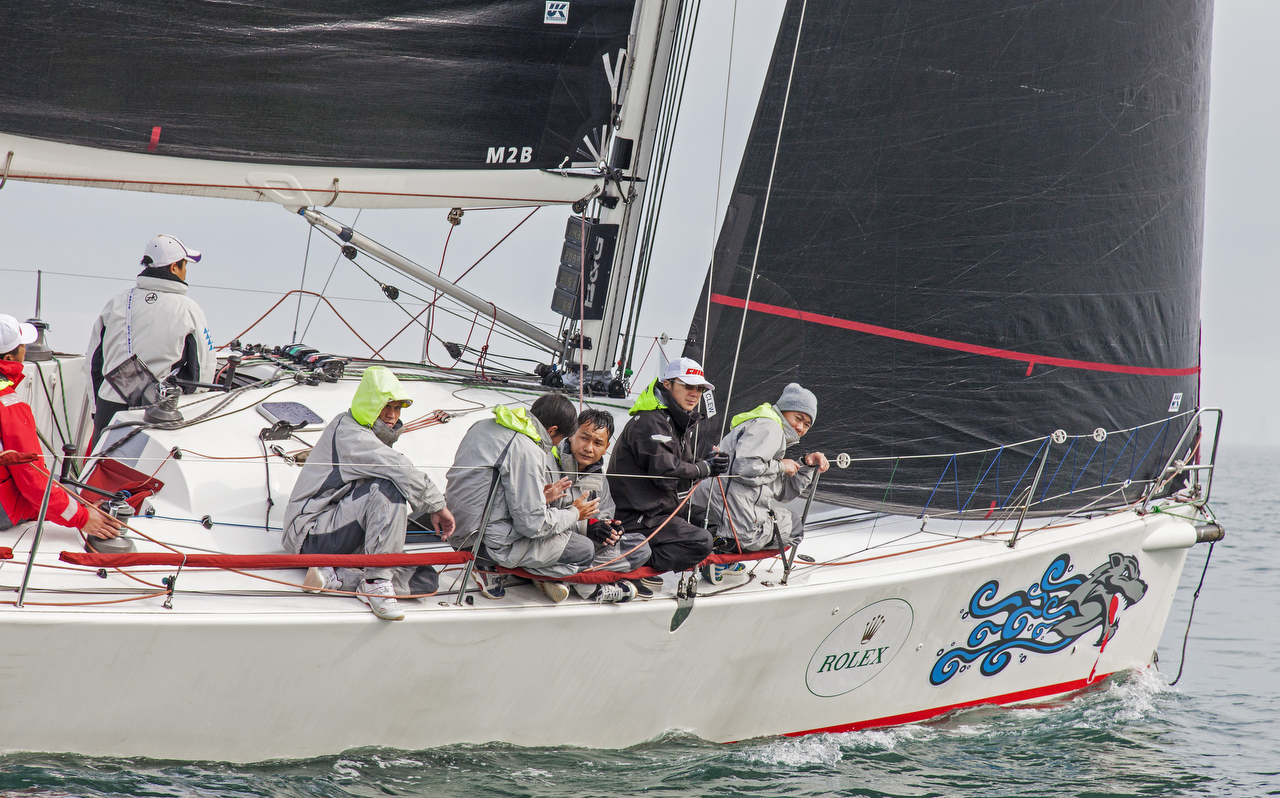 Seawolf at the start of the China Sea Race. Photo Daniel Forster/Rolex.

The uninspiring conditions of the Rolex China Sea Race start have given way to the strong monsoon forecast by Hong Kong Observatory at Tuesday’s Skippers’ Briefing; offering the front runners 28kts of north easterly breeze on a lumpy sea. Doing 12-14kts on a beam reach under overcast skies, crew on Smith 72 Antipodes are delighted with the improvement, noting that “It’s amazing how fast the frustrations of yesterday’s first few hours disappear when it all comes good. We have overcast skies, and breaking waves that show off a stripe of turquoise and sapphire along the top as they start to tumble.”

The race for line honours is well and truly under way with MACH2 and Alive fighting it out at the head of the fleet. Both boats are currently on course to finish at Subic Bay inside the 48 hour mark, with ETA’s of around 44 to 45 hours giving them a realistic tilt at the race records set in 2000 by Beau Geste (monohull and outright record 47h 43m 07s) and Atmosphere (multihull record 48h 01m 47s).

Before the race, some navigators were predicting that the breeze would hold all the way in to Subic, thereby sparing the fleet the rigours of the infamous Luzon hole – if correct, the whole IRC Racer 0 division could finish inside 50 hours, along with Black Baza from IRC Racer 1 and Shahtoosh from IRC Premier.

While prefect conditions for the big boats, the smaller vessels at the back of the fleet are taking a bit of a battering, with Allegro and Avant Garde retiring and heading back to Hong Kong after a tough night on the water. Shepherding the rear of the fleet at present, some 150nm behind the leaders, are Darling and Dearg Doom from the IRC Cruiser fleet together with Sea Monkey from IRC Premier and Ymir from IRC Racer 2.

Race action is being tracked by Yellowbrick Tracking and is being shown live at www.rolexchinasearace.com – the race can also be followed on the YB Race Viewer App free of charge.