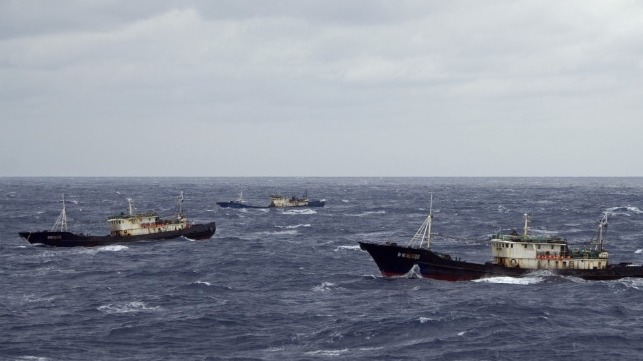 The town of Daru is the closest PNG community to Australia. Even though it is around 100 nautical miles from the Australian mainland, it is very close to the islands of the Torres Strait that are within Australia’s northern border. Daru is the capital of Western Province (also known informally as Fly River Province), but it is a small community that is beset with numerous health and social issues.

Last month, China’s Fujian Zhonghong Fishery Company signed a memorandum of understanding with the PNG government and the Fly River provincial government to build a $200 million “comprehensive multi-functional fishery industrial park” on the island of Daru.

Any doubt that this project is sponsored directly by the Chinese government is put to rest by the fact that it was announced by China’s Ministry of Commerce, supported by Beijing’s powerful ambassador in Port Moresby, Xue Bing, who declared that the investment ‘will definitely enhance PNG’s ability to comprehensively develop and utilise its own fishery resources’. Really?

In a remote and woefully underdeveloped community like Daru, a $200 million project will have a massive impact. But the question that needs to be asked is simple: why Daru?

I’m assured by people with a reasonable knowledge of PNG’s fisheries that there are no commercial fishing grounds close to Daru. So why plan to spend $200 million on a fish-processing plant in an area not known to have commercial fishery resources?

The fact that the plant will lie just a few kilometers from Australian island communities is a likely reason. It’s hardly comfortable, and certainly not in Australia’s strategic interest, to have a major Chinese government resource exploration project right on our northern doorstep.

Australia, Queensland and PNG have a comprehensive treaty covering the Torres Strait, and that includes fishing rights. Implementation of the treaty over the years hasn’t been without controversy, but relations between the people of PNG who live in Daru and communities in coastal Queensland and the Torres Strait are generally harmonious. That harmony is driven by a unique set of fishing and border-crossing rights enshrined in the treaty and managed by officials from both countries with significant input from Queensland.

If the project goes ahead, it’s reasonable to assume that Chinese fishing boats will be active in the seas around Daru, and in the Torres Strait. They may use fishermen from Daru and elsewhere in Fly River Province, something the Chinese ambassador was clearly alluding to.

It will hardly be ideal for the Australian Border Force, which patrols the strait, to have to decide which fishing boats and crew are actually from PNG and which might be fronts for Chinese operators from the ‘multi-faceted’ facility.

A $200 million ‘fishery’ investment in an area not known for an abundance of fisheries but strategically as close to Australia as you can get, surely raises questions about the real agenda.

The agreement for this project falls under the Belt and Road Initiative being pursued by China in PNG. If Australia is to stop the project from proceeding any further, it will need to move fast. Whatever Australia opts to do, its response will have to be substantial, people focused and readily achievable.

Jeffrey Wall has had a 43-year association with Papua New Guinea, including as an adviser to prime ministers and senior ministers and as a consultant to the World Bank.

This article appears courtesy of ASPI and is reproduced here in an abbreviated form. It may be found in its original form here.