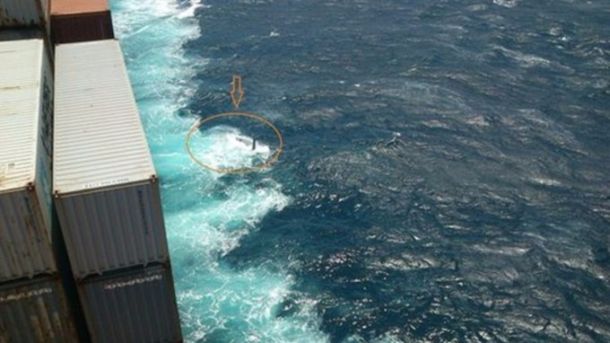 The upturned hull of the Cheeky Rafiki spotted from a container ship Credit: ITV News

The loss of four UK sailors in the Atlantic was “a tragic accident”, the head of the Marine Accident Investigation Branch (MAIB) said. But the disaster identified important safety issues that should reduce the chances of anything similar happening, added MAIB chief inspector Steve Clinch.

James Male from Romsey, Andrew Bridge from Farnham, Paul Goslin and Steve Warren were all lost at sea last May when their yacht Cheeky Rafiki went missing in rough seas after leaving Antigua.

“This has been a challenging investigation. Cheeki Rafiki capsized and inverted, almost certainly as a consequence of its keel becoming detached in adverse weather, in a remote part of the North Atlantic Ocean,” Clinch wrote. “Despite two extensive searches, its four crew remain missing and, as the yacht's hull was not recovered, the causes of this tragic accident will inevitably remain a matter of some speculation.

“Nevertheless a thorough investigation has been conducted that has identified a number of important safety issues which, if addressed, should reduce the likelihood of a similar accident in the future. The investigation has identified that in GRP (glass re-enforced plastic) yachts that are constructed by bonding an internal matrix (or lining) of stiffeners into the hull, it is possible for the bonding to fail, thereby weakening the structure.”

Mr Clinch said that during the investigation “it became clear that opinions were divided as to whether or not Cheeki Rafiki's return passage across the Atlantic Ocean was a commercial activity”.

He added that he made a recommendation to the Maritime and Coastguard Agency to improve the guidance on when small vessels are required to have commercial certification and that this “should help resolve what has, for too long, been a grey area”.

Mr Clinch said: “I hope that this report will serve as a reminder to all yacht operators, skippers and crews of the particular dangers associated with conducting ocean passages, and the need for comprehensive planning and preparation before undertaking such ventures.”

The MAIB report can be read here.

The key safety issues identified were: