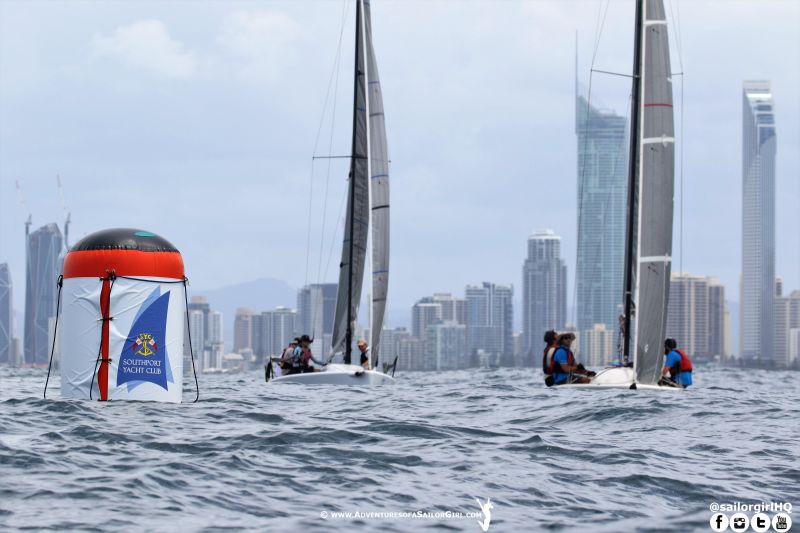 Day three proved to be the trickiest day yet for Sail Paradise contenders, with the south easterly stream fighting with a nor’easterly sea breeze (we can’t help it that it is always sunny up here!).

PEGGY has been knocked off the top spot by Christopher Noyes’ WATCH ME, one point behind, and David Keep’s TONOA and Lee Randal’s SEA FOX are on the same series score of 19.

After two days at the top of the leader board, David Chadkirk’s CYCLONE has been pushed back to third place in PHS division 1 with KERISMA GILL in second, and ITALIAN JOB moving into the top spot. In division 2, DESPERADO held their first-place score for the third day running, while Michael Small’s OCEAN RACER CHASER has moved into second, and Chris Sorenson’s FREYCINET is in third.

Michael Tromp skippering ENCORE, currently sits in first place in the Cruising Division, while CURLEW ESCAPE is placed second and POLE DANCER is in third.

All seven divisions (40 plus vessels) will be back on water for a 1000hrs start tomorrow, Wednesday 9 January 2019 for the fourth and final day of the 2019 Bartercard Sail Paradise Regatta.