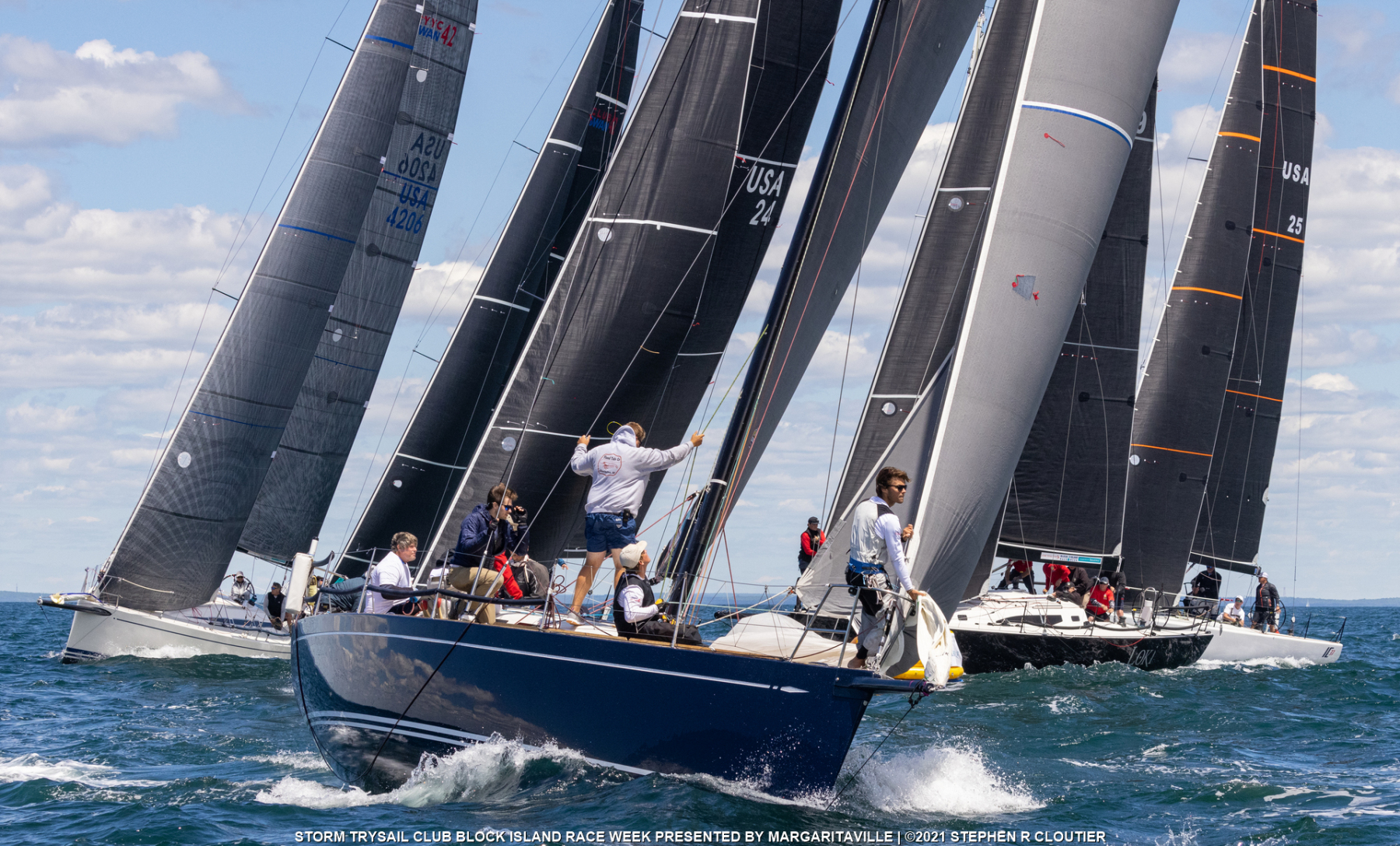 Racing has been close

Rhode Island: The sun was bright, and the breeze was anticipated to be light for the halfway point, but racing was briefly postponed to allow the Race Committees to set a new course, as the cool 8-10 knot north-westerly breeze in the morning shifted to the predominant sea breeze and continued to fill at Block Island Race Week presented by Margaritaville.

Short courses were set to allow for the completion of the first race before the predicted drop in velocity across Rhode Island Sound which thankfully never came, allowing for three races to be sailed on Wednesday.

With six total races for the ORC and One-Design classes, five for the PHRF classes and three for the Performance Cruising and Multihull divisions, there has already been more racing than the last few editions at this halfway point.

“This technology allows us to move the marks quickly and efficiently. What would have been a longer postponement, because volunteers had to haul and reset marks can now happen in minutes, thus allowing us to get more races in. It is all quite impressive.”

Among the four J/Boat One-Design divisions, the top finishers for the day were the Coast Guard Academy’s Glory in the J/44s, Rodrick Jabin’s Ramrod for the J/111s, William Zartler’s Deja Voodoo in the J/105s, and Jonathan Rechtschaffer’s Emoticon in the J/109s.

“The J/109 class has been a part of Block Island Race Week since the boats debuted more than 15 years ago. Consistent conditions and great land-side activities give us the opportunity to showcase close one-design racing and Class camaraderie,” said John M. Greifzu Jr, president of the J/109 class and owner of Growth Spurt.

As of the end of racing today, the podium finishers continue to swap spots and are all still within striking distance with Emoticon on top with 13 points, Gossip with 15 points, and Big Boat with 20 points.

In the PHRF fleet, William Clemens’ Bolt 37, Coyote, won the day in the PHRF 1, but she is tied for top spot overall with Naval Academy’s Farr 40, Zephyr.

In PHRF 2, the Mudheads’ Melges 24, Dark Energy, with Laura Grondin skippering, moved just ahead of Kevin McNeil’s Farr 30, Seabiscuit, to take the win for the day and overall. McNiel is now tied for second with George Pawle’s Tripp 33, Acturus.

In PHRF 3, Jack McGuire continued his dominance, winning every race so far with his J/29 Dirty Harry. John Stork Jr and his family, racing aboard their J/80, Rumor and Steve Thurston’s J/29, Mighty Puffin, are neck and neck with 12 and 13 points respectively.

As each class battles it out, another race within the race is happening this week for the best scoring team. The Shelter Island Team Trophy is awarded to the three-boat team with the best average points.

Last edition, the Trophy went to a Storm Trysail Club team, but this year it looks like those teams will need to keep an eye out because Annapolis Yacht Club and Imperial Poona Yacht Club are close behind. So it is still up in the air as this year has the greatest number of teams vying for the honour.

The forecast for Thursday local time is starting to improve from earlier predictions of little to no wind, so the Race Committee is confident that racing will continue tomorrow for the penultimate day, the Mount Gay Race Day.