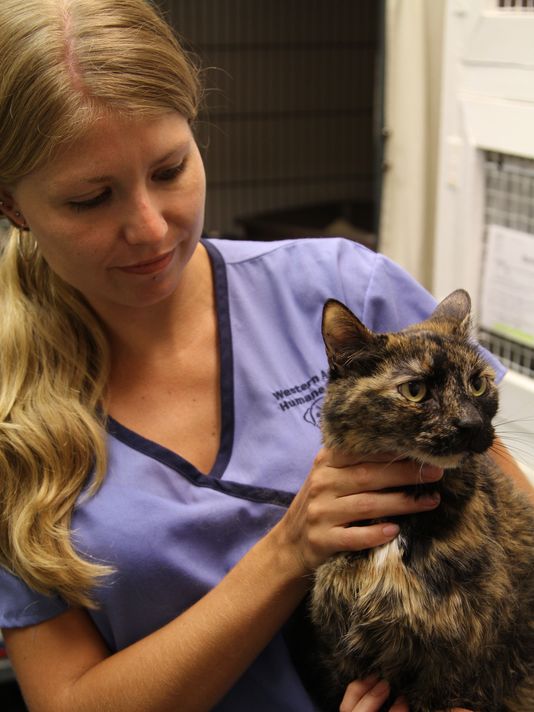 A cat that crawled aboard a boat that then sunk to the bottom of an Arizona lake is lucky to be alive after being underwater for at least an hour, according to local media.

The brown-and-white American shorthair, named “River” and later “Lucky” by animal shelter workers, was found in a front storage compartment after the boat was brought ashore from Lake Havasu, reported the News-Herald.

The feline drama started on Saturday when the boat, a high-power craft that had been transported from neighboring California, capsized after hitting some waves, according to the paper. It then filled with water and sank to the bottom.

A Mohave County search and rescue team responded quickly, according to the News-Herald, and contacted John Zucalla of Dive Time Recovery, to pull the boat to the shore.

Once it was on land, Zucalla told the paper, he took it to a mechanic to have the water flushed out. That was when they found the soggy cat.

“The cat was trapped, hungry, wet and scared,” Zucalla said. “I've been doing this for 15 years, and I've never found a live animal on a sunken boat. She was down there for an hour – it's miraculous that she survived.”