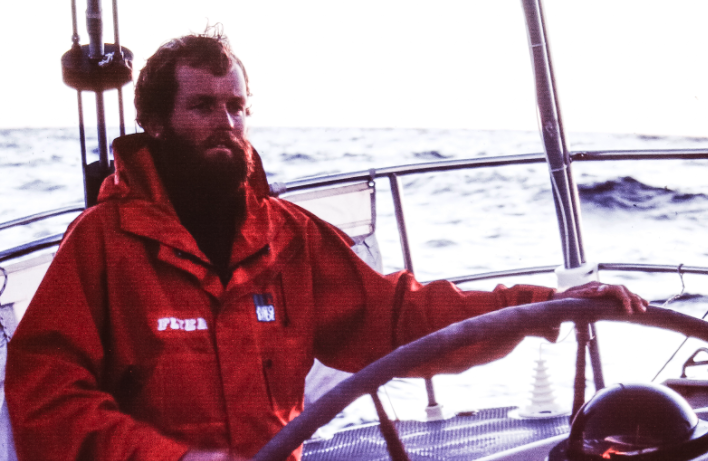 Known throughout the sailing world by his first name only, Onne (pronounced “on-ah”) is still creating indelible images, 40 years after his photos first made a splash in Sail magazine in 1982.

He was a professional sailor back in those days, sailing (and winning) the Whitbread Around the World Race as a crewman aboard the Dutch entry, Flyer II.

Onne always been at home on a boat. He was drawn to the water as a youth in South Africa, and then literally sailed on around the world, first as sailing crew and then as a photographer.

Shots like the above photo, which ended up on Sail’s cover, were taken from the end of the spinnaker pole. “I’d go up to check for chafe and maybe change the afterguy (a rope)” he says. “I’d take a spare afterguy with me, and when I was done, I’d shoot a couple of pictures.” Chores done and photos taken, Onne would slide down the foreguy as the crew quickly eased the halyard that was supporting him.