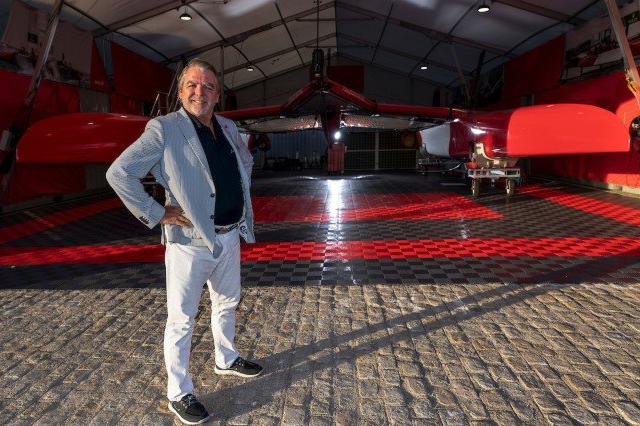 “My vision is to create a catalyst for the growth of sailing in Canada," Fred Pye said. Pic - SailGP

SailGP has announced that the line-up for Season 3 – starting May 2022 – will be further enhanced with the addition of Canada.

This is the league’s second expansion franchise to be announced, with Canada joining Switzerland on the start-line for next season, and confirms the expansion of the league from eight teams in Season 2 to 10 in Season 3.

The franchise of the Canada SailGP Team is owned by innovative businessman and investment entrepreneur and lifelong sailor, Fred Pye. The ethos behind the team will be twofold; to expand the sport in Canada and promote a pathway into high performance sailing in Canada.

Pye said: “My vision is to create a catalyst for the growth of sailing in Canada that makes a generational impact on our community and provides an aspirational goal for our athletes to represent our country internationally.”

“I invested in SailGP because I believe it represents the future of the sport – with its commitment to environmental sustainability, clean-energy and social impact – and the racing is incredibly entertaining and accessible.”

SailGP was launched in 2018 and is currently in the closing stages of its second season, with two more events in Sydney and San Francisco remaining before the SailGP Season 2 champion is crowned. The news follows a standout event in Cádiz, Andalusia, that saw the league’s largest crowds of the season to date – on and off the water – over the two-day event weekend on October 9-10.

With two new expansion franchises – along with the recent announcement that Sir Ben Ainslie has taken the majority ownership of the Great Britain SailGP Team plus the news earlier in the year that ROCKWOOL became Team Operators of the Danish Team – the global league is rapidly establishing itself as one of the most exciting new sports properties.

SailGP CEO Russell Coutts said: “This is another exciting milestone for our global league. When we launched in 2018, our intention was to build to 10 teams and 10 events by Season 5 so I am very pleased that we have been able to accelerate the expansion and achieve this goal two years earlier than expected. It really does validate the model we have established for SailGP and is an important step on our journey towards having a truly global league.

“Working with Fred and the Canada team, it is evident that passion and purpose are an intrinsic part of their group and fully aligns with SailGP’s vision. We are excited to welcome the Canada SailGP Team to our championship league and I personally can’t wait to see 10 teams on the starting line for Season 3.”