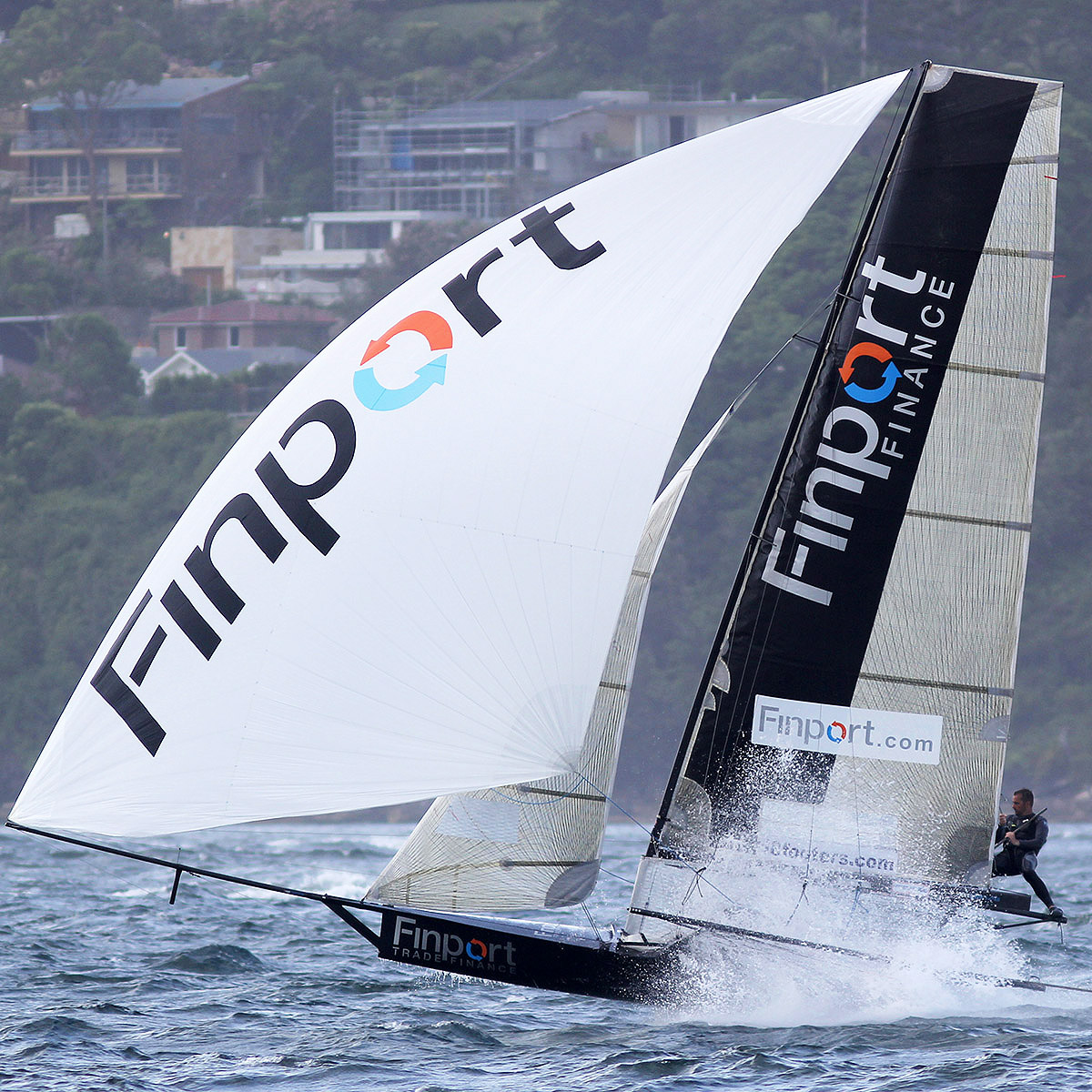 The Asko Appliances 18ft skiff team is set to add the Australian 18 Footers League Club Championship to its trophy cabinet as the team leads the 18-strong fleet into Sunday’s last race of the series on Sydney Harbour.

While the Asko Appliances team will be tough to beat, the strong Smeg team of Michael Coxon/ Ricky Bridge/Mike McKensey, all previous JJ Giltinan champions, are still aiming to retain the Club Championship title, as well as using the race as an important final hit-out before trying to win back the JJ Giltinan trophy, which they will contest against a 25-strong fleet from five nations, on Sydney Harbour, from March 2-10.

Coxon was guarded with his comments about Sunday’s race: “Asko has a polished team but we intend to try and ruffle a few feathers on Sunday.”

“While we would obviously like to take out the Club Championship, we realise it is going to be tough to make up the points difference between us and Asko.”

“Naturally, our top priority is now definitely next week’s JJ Giltinan Championship, so we are treating Sunday’s race as a final hit out for the big one.”

“We’ve had a bit of an inconsistent season so far, a bit hot and cold, but on our day we know we can mix it with any team.”

“There’s not a lot between the top teams and the Giltinan Championship will certainly help sharpen our focus and give us the consistency needed for us to win back the trophy.”

Asko Appliances’ skipper James Dorron is obviously happy with the way his team’s season is progressing but isn’t over-confident or taking anything for granted: “It was a nice feeling to win the Australians, it was a close championship all the way up until the last race.”

“To bag another title this weekend would be great for the team. Like always, we’ll continue to go out and give it our best!”

Asked about his team’s outlook on their JJ Giltinan Championship chances, Dorron said: “We are looking forward to the JJs next week and expect there will be many teams challenging for the title. Hopefully, us included.”

Despite the winner of the championship likely to come from one of only two probable teams, the race has so much appeal as all the teams will be using it as a final hit-out over a full-length championship course, similar to what will be used for the majority of the JJ Giltinan Championship races.

Some of the more-fancied challengers will come from Winning Group (John Winning Jr.), Finport Finance (Keagan York), Bing Lee (Micah Lane) and The Kitchen Maker-Caesarstone (Jordan Girdis), but a number of other up-and-coming teams are also beginning to challenge.

Whatever the result, Sunday’s race is expected to be sailed in an 18-19-knots South-East wind, which will be excellent conditions for teams to test their skiffs and crew work, and will set the Harbour alight with speed as the skiffs revel in the conditions.

There should be a good spectator fleet on the Harbour to see the action, but for those who can't make it onto the water: