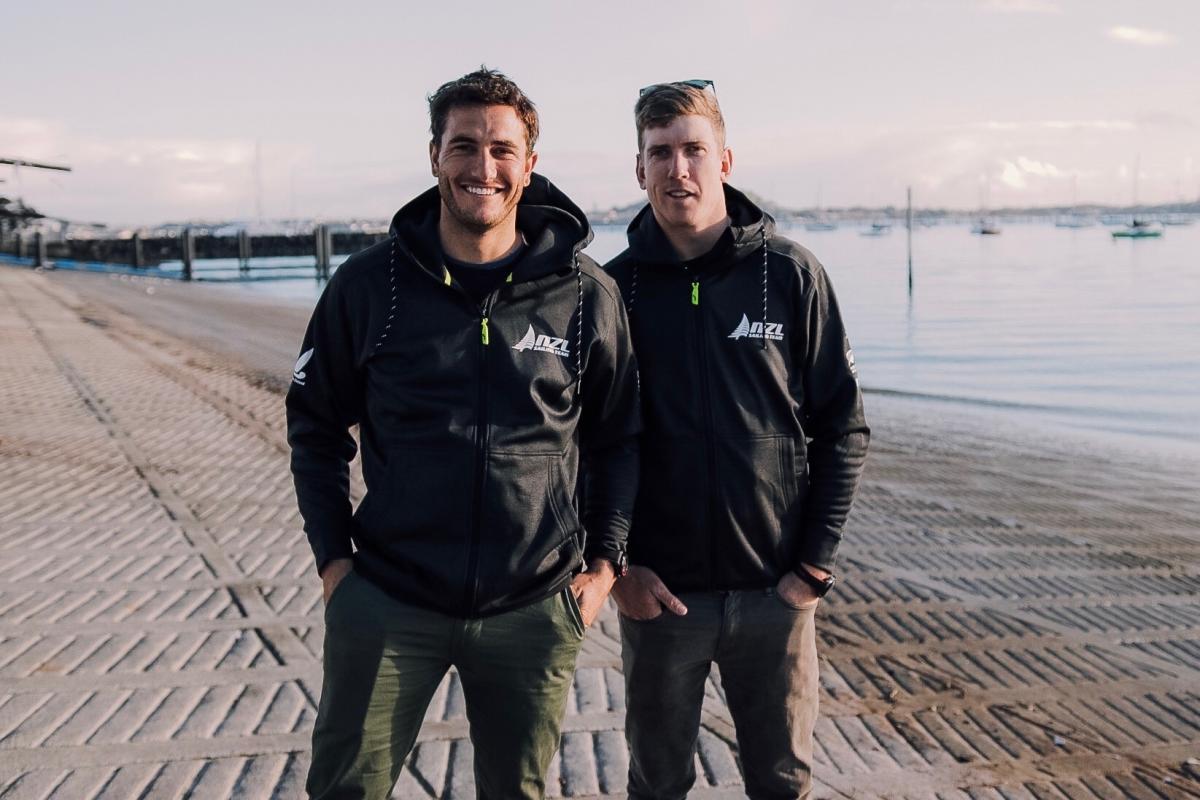 Peter Burling and Blair Tuke have today confirmed their intention to try to win another gold medal at the 2020 Tokyo Olympic Games as well as being part of Emirates Team New Zealand’s defence of the America’s Cup.

Burling and Tuke dominated the 49er class in the last Olympic cycle, winning every major regatta after the 2012 Olympics, including four consecutive world titles and Olympic gold in Rio 2016.

Since Rio they have dedicated themselves to helping Emirates Team New Zealand’s win the 35th America’s Cup in 2017 and more recently completed the 2017/18 edition of the Volvo Ocean Race.

The pair have made no secret that another Olympic campaign was high on their agenda but wanted to wait until the Volvo Ocean Race had concluded to reset goals with their core team.

Burling and Tuke will once again work closely with Hamish Willcox and David Slyfield to try to win another Olympic gold medal in 2020.

“It’s not a decision we made lightly” said Tuke. “Representing your country at Olympic level is the highest honour and we are both incredibly focused on defending the Cup for New Zealand as part of Emirates Team New Zealand. We wanted to ensure we could give both campaigns everything we’ve got.”

Burling added: “We know the combination of Olympic and America's Cup sailing complement each other. It creates a really high-performance environment across all areas of sailing for us to push ourselves and be at the top of our game.”

The duo has the support of Emirates Team New Zealand and Yachting New Zealand.

“It’s great to have them back in the 49er,” Yachting New Zealand high performance director Ian Stewart said. “They are special sailors and will strengthen our goal of winning at least three medals in Tokyo but, more than that, their experience and leadership will have a massive impact on the ongoing development of the NZL Sailing Team.”

Emirates Team New Zealand chief operating officer Kevin Shoebridge continued: “We are happy to have Peter and Blair back as part of the team dedicated to the defence of the America’s Cup. Once again, we’re fully supportive of them integrating the Olympic 49er campaign with America’s Cup commitments.

“Collectively we are an incredibly strong and talented team that is focused on defending the America’s Cup and that allows our core sailing team including Peter, Blair as well as Andy Maloney and Josh Junior to remain in peak sailing condition running parallel Olympic campaigns.”