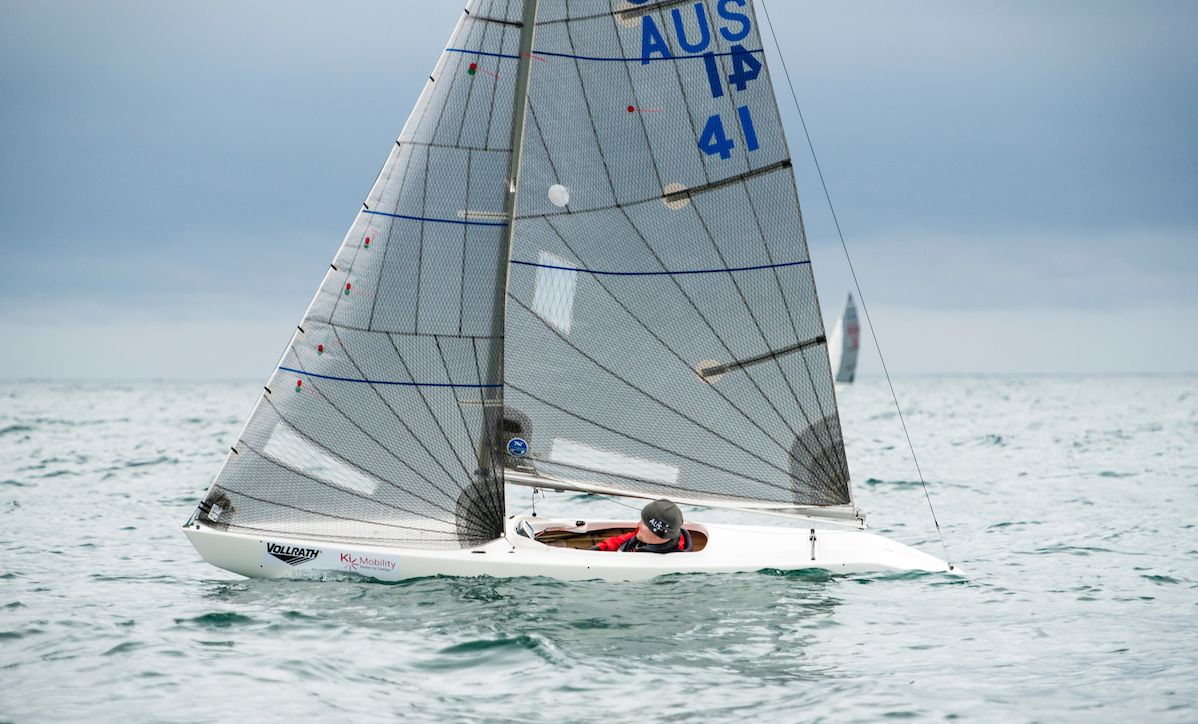 The qualification stage in the RS Venture Connect saw Alexandra Rickham and Hannah Stodel (GBR) and John McRoberts and Scott Lutes (CAN) finish top of their groups.

Rickham and Stodel won nine of 12 races to finish 13 points clear of Will Street and Jonathan Currell (GBR) in Group A. Meanwhile in Group B, the Canadians won all six races on Wednesday, finishing 11 points ahead of Gian Bachisio Pira and Gianluca Raggi (ITA).

Victories in their respective groups means that both the British and Canadians advance to Saturday’s Final. The remaining six teams will sail a knock-out stage on Thursday, with the winner going to the final before the final five have a shot on Friday.

Speaking about a perfect day, Lutes said, “The result comes from the performance. We sailed well. We had good communication on the boat today, that’s what we were looking for. We’ve accomplished all of our goals and the results are showing that, so we’re very happy.”

Lake Michigan has provided a stern tactical test for the competitors with plenty of waves and a moderate breeze. On the day, McRoberts commented, “We had a nice breeze out there, nice waves. Our boat felt really good, we were feeling good and it’s surprising how well the boat went.”

“I would echo that,” continued Lutes, “we changed boats today as they’re mixing sailors with the boats and we found out a couple of news things about them. Although they’re the same there’s always a few things which are different and that was quite nice.

“It was closer racing today. It felt more engaged on other levels with the other boats.”

The RS Venture Connect is making its debut at the Para World Sailing Championships and the eight teams are assigned different boats each evening. As it’s a relatively new boat, the teams have had limited time sailing it but after two days and 12 races, the standard is increasing, “It was super light wind when we got here but the last couple of days it’s been a bit more and these boats behave completely different in an extra two knots,” explained Lutes.

“It was shocking how much of a difference an extra two knots makes but we got to work, figured it out and found out more about the boat and its performance.

“They’re all new boats for everyone and we’re all getting better every day. The waves are always fun with the spinnaker. We’re doing short races on short courses. We’re getting a lot of racing in and that part I really like.”

Racing continues on Thursday for six of the eight remaining teams. As for the Brits and Canadians, they’ll enjoy two days of rest ahead of Saturday’s winner-takes-all final race.

The Women’s Hansa 303 fleet only managed one race the day prior. The women’s fleet waited patiently for the men’s fleet to finish before Olda Gornas-Grudzien (POL) took the victory in a dying evening breeze.

On day two, the nine-boat fleet hit the water early on and completed six races.

Del Reino won gold convincingly at the 2017 World Championships in Kiel, Germany but she’s struggled in some lighter breeze on Lake Michigan.

“Yesterday was a bit slow for us because we had to wait to race but it was okay in the end,” commented del Reino. “Today was a bit better, we had a few races. It was okay but I prefer stronger wind.

“It is a beautiful area. The conditions are okay. There’s enough wind to race but we’ve been sailing here for three days and it’s been quite light.”

The Spanish competitor sealed gold convincingly in 2017 and has noticed a distinct increase in the level of competition, “This year the competition is harder because people are going very fast and it’s taking a big effort to get up there. We’ll see, it’s only the second day so there’s more time to come back up.”

Gornas-Grudzien leads on 11 points, Perterer is second on 20 and del Reino is third on 22.

The Men’s Hansa 303 started racing late afternoon and have another 12 races scheduled. From Thursday, they will be split into gold and silver fleets.

Consistency was hard to come by for most in the 2.4 Norlin OD but Matt Bugg (AUS) was in outstanding form, winning two races and taking a second to move into the overall lead. Damien Seguin is a point off the Australian and Dee Smith (USA) is third.