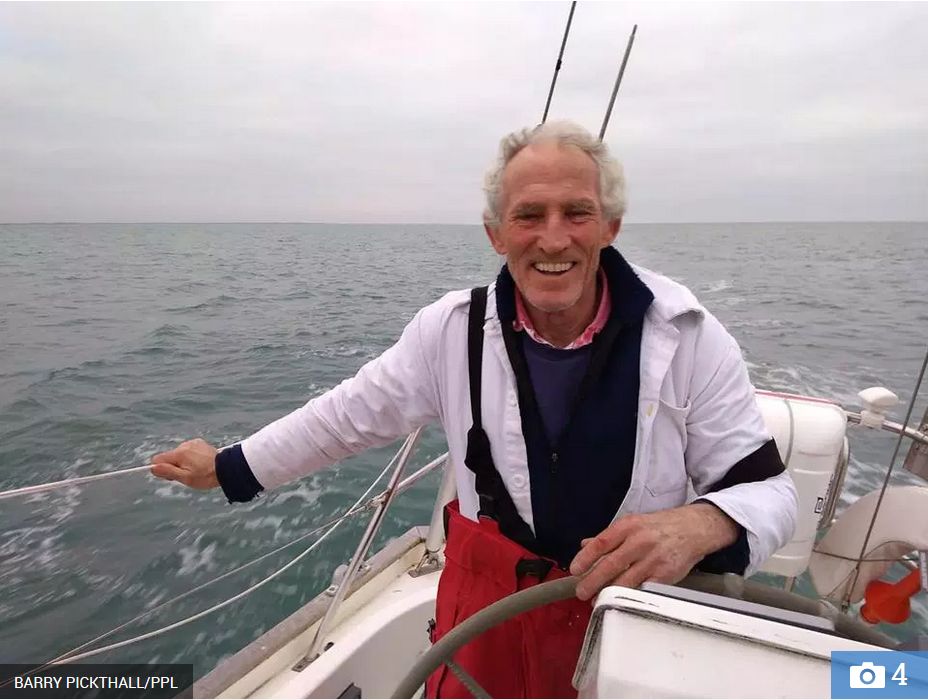 The Sun, by Jon Rogers

A BRITISH sailor who was missing at sea for six days has been found “safe and well.”

Robin Davie, 67, was due to return home to Falmouth, Cornwall on Tuesday after a 300 mile solo cross-Channel voyage from Les Sables d'Olonne, France. But after being reported “overdue” on Wednesday, the UK Maritime Coastguard Falmouth has confirmed they have made contact with the highly experienced sailor and his boat C'est la Vie.

They said: “The skipper of the yacht 'C'est la Vie' has just reported that he has heard the broadcast action being made by HM Coastguard and that he is safe and well 25 miles south west of the Isles of Scilly.”

Robin is now scheduled to arrive into Falmouth on Sunday afternoon.

Davie is an experienced sailor who has completed three solo circumnavigations. He had entered the 2018 Golden Globe Race but had run out of time and was returning home to Cornwall with the intention to compete in the next GGR round the world competition in 2022.

His boat, the Rustler 36 C'est La Vie had recently undergone a complete refit, including a new mast and rigging, which had been fitted in France.

At the time GGR organiser Don McIntyre said he was “very sad” about Davie pulling out of the race. He said in May: “Robin has put his all into preparing for this race working 18-20 hour days to get his boat restored and in good shape for circling the globe.

“He is hugely experienced and very practical, and it is a measure of the man that he has taken stock of the situation rather than press on in blind faith and run the strong risk of failure.”