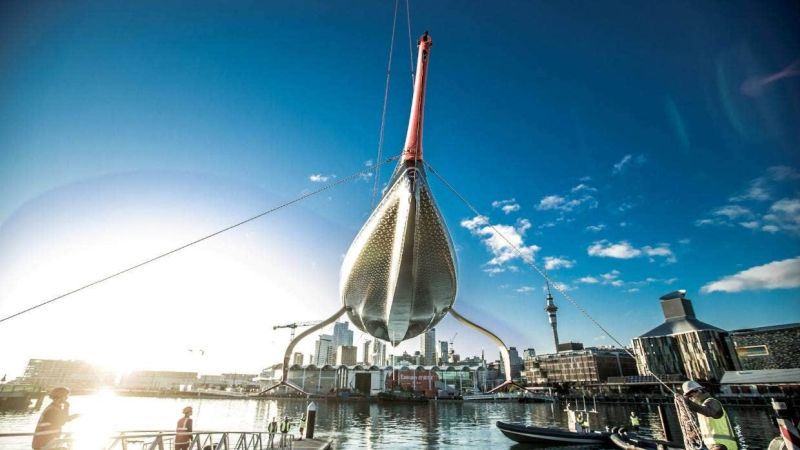 British challenger Sir Ben Ainslie has delivered on his promise to push the design boundaries, delivering a radical reincarnation of his America’s Cup boat.

The second generation AC75 Britannia was launched in Auckland on Saturday morning and features a massive bustle keel which was totally absent on their original boat.

They have brought themselves in line with the thinking of defenders Emirates Team New Zealand and challenger of record Luna Rossa but have pushed that concept even harder.

The bustle allows easier lift-off from the water for these foiling 75-foot monohulls and also gives an ability to glance off the water surface in the event of touchdowns.