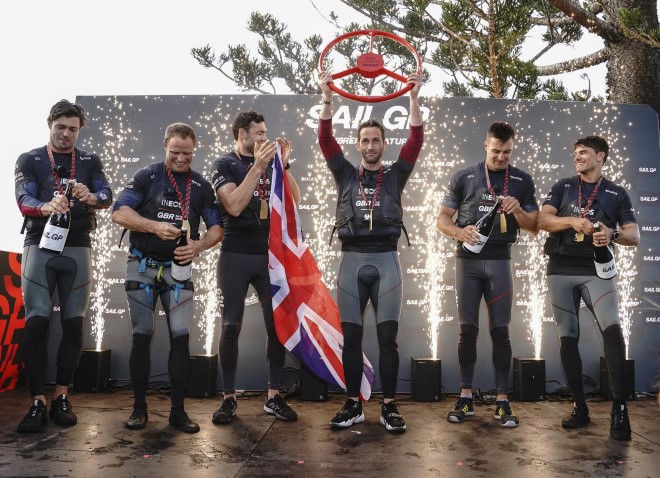 PLYMOUTH, UK – September 4, 2020 – Plymouth, Britain’s Ocean City, has been selected to host SailGP’s Season 2 European debut when the global league’s events restart in 2021. Following the season opener in San Francisco in April and New York SailGP in June, the championship will return to UK shores July 17-18 for the third event in Season 2, featuring the world’s fastest sail racing.

Famed for its rich maritime history and planned home of the UK’s first national marine park, Plymouth is located in the historic county of Devon, on the southwest coast of England. The adrenaline-filled racing between competing nations will take place on Plymouth Sound in partnership with Plymouth City Council, with support from Associated British Ports, English Cities Fund and Sutton Harbour Group. Plymouth SailGP will also form part of the city’s Mayflower 400 commemorations, marking the anniversary of the signature voyage across the Atlantic Ocean to America. Plymouth was selected following a competitive six-month-long bid process involving five other UK cities.

The UK event in SailGP Season 1 – which was witnessed by 24,000 spectators and delivered US$24 million in economic impact to the community while reaching a total global audience of 231 million – saw some of the most dramatic scenes of the year. In front of packed crowds, the U.S. SailGP Team capsized in spectacular fashion and both Great Britain and Australia made history by eclipsing speeds never before seen in sail racing. A renowned sailing venue, Plymouth is expected to bring similar excitement for fans, who will be able to view the thrilling action from the water or shore.

New for British fans in Season 2 will be the addition of the New Zealand SailGP Team to the impressive line-up of world-class sailors and top sailing nations. Among the league stars is the most successful Olympic sailor of all time, Sir Ben Ainslie, who will give the home crowd something to cheer about at the British event.

Ainslie said, “For us as a British team there is nothing better than racing in front of a home crowd and we are incredibly excited about the prospect. There is an element of nostalgia for me personally, having grown up and learned to sail in the West Country and now all these years later coming back to race on the international stage. Plymouth is a fantastic sailing venue with a natural amphitheater for the fans to watch these amazing F50s.”

Plymouth SailGP will be showcased around the world via top-tier broadcasters in more than 100 territories, including exclusively in the UK and Ireland on Sky Sports. The partnership began earlier this year and was just extended through Season 3. SailGP broadcast rights are managed by IMG as part of SailGP’s partnership with Endeavor.

SailGP CEO Sir Russell Coutts said, “We are really excited to add Plymouth as the third event in Season 2 of SailGP. The British have a very talented team led by Ben Ainslie and I’m sure they will receive a lot of local support in their bid for the global championship.

“Plymouth is a city that shares a lot of the same DNA as SailGP, with a strong focus on marine technology and well aligned with our sustainability objectives. It also provides great viewing opportunities for spectators, who can view the racing from an elevated position on Plymouth Hoe. We look forward to staging a fantastic event and working with Plymouth City Council to ensure we leave a positive lasting impression and legacy in the city.”

Pete Smith, deputy leader of Plymouth City Council, said, “We’re absolutely thrilled to welcome one of the world’s most spectacular sailing events to Plymouth – where better to play host than Britain’s Ocean City. It’s going to be an unmissable weekend, with fast and furious racing that spectators can witness up close thanks to the natural amphitheater provided by Plymouth Sound.

“As well as providing a thrilling experience for visitors and locals, the economic impact of the event has the potential to be huge. This is brilliant news, especially as we look ahead to the future and focus on post-pandemic economic recovery. We’ll be working closely with SailGP to maximize the opportunities offered, ensuring that our residents benefit positively and inspiring a love of sailing in the next generation with an accompanying youth engagement program.”

Following the UK leg, SailGP plans to remain in Europe for grand prix events in the other team markets: Denmark, France and Spain. Further dates and venues will be announced in the coming months.