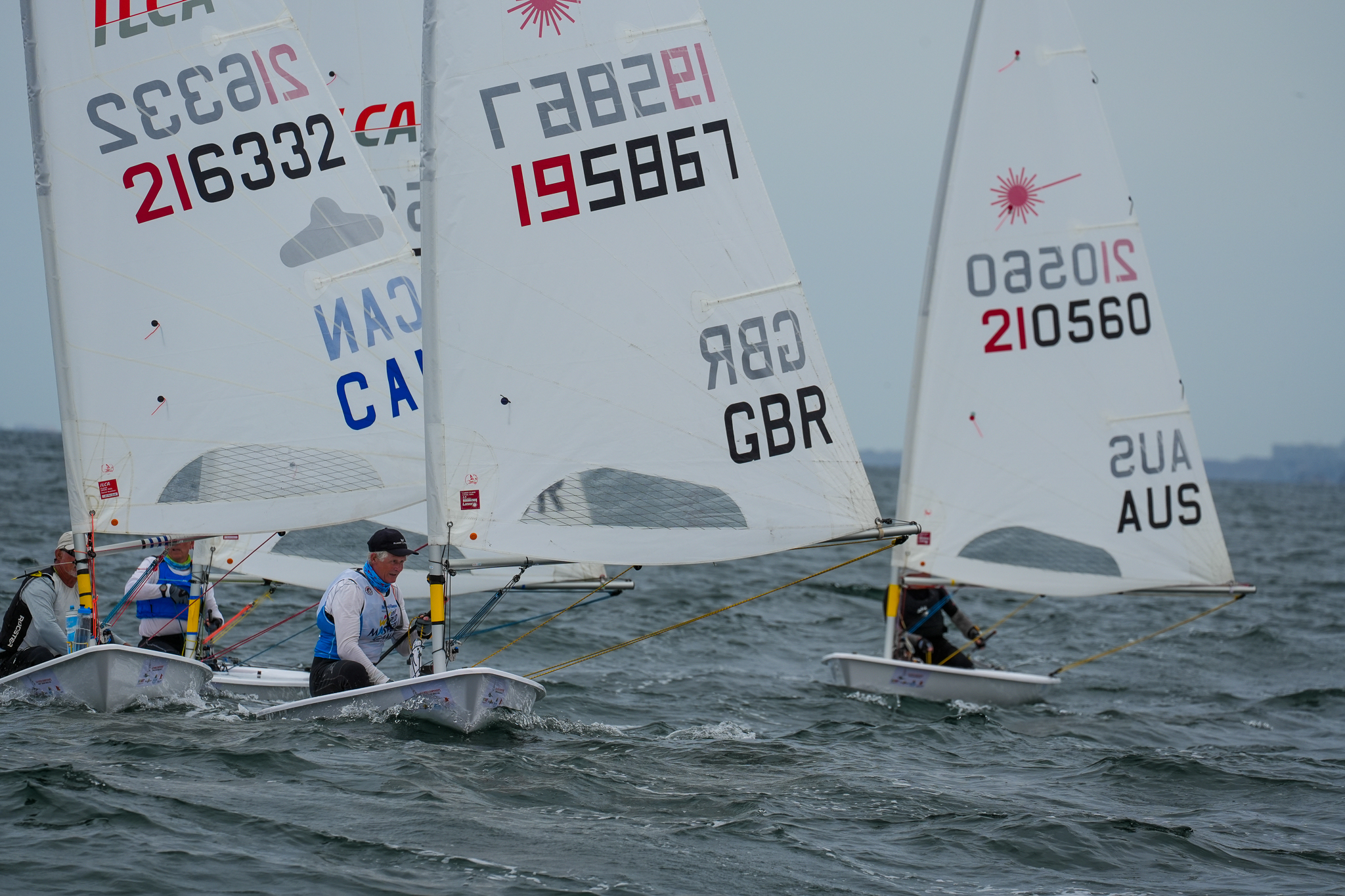 The competitors left shore under overcast skies and light winds. The clouds kept the thermal sea breeze from fully developing, and both races were held in six–eight knots of wind. There were no recalls for any fleets today, and only two sailors were caught over early under the ‘U Flag’. In the first race, the wind shifted to the left to about 230 degrees, and in the second race, the race committee reset the course to 245 degrees to accommodate a shift back to the right.

In the Great Grand Masters fleet, Great Britain’s Tim Law had enough of a lead that he did not need to sail the final race to win gold. German Wolfgang Gerz secured the silver medal and American Peter Vessella won bronze. Australia’s Jeff Loosemore moved up one position to claim sixth place.

After a successful event and all 12 races sailed, the awards presentation is taking place this evening at the Paradise Village Resort. The excitement has already started for next year’s ILCA Masters Worlds to be held in Pattaya, Thailand.