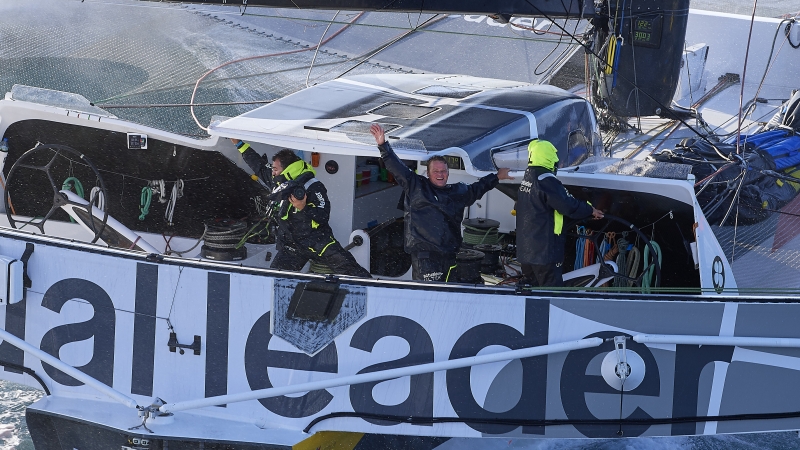 Since MACIF’s pit stop in Cape Town, it Actual Leader have been battling it out for second place, and at today’s 3pm ranking, were only 30 miles apart.

When they passed the second race marker at Robben Island in Cape Town, Actual Leader had a lead of 3 hours and 21 minutes over MACIF. The former, by choosing to sail further west in the South Atlantic, managed to regain the lead at the equator, gaining 2 hours and 32 minutes on Actual Leader.

Could this be the distance that separates them at the finish line?

According to the Brest Atlantiques weather consultant, Christian Dumard, Actual Leader's game is to try to increase their lateral distance against MACIF, because there are few options of coming back following the same course.

MACIF’s objective is to control their lead over their rivals. “The latest ETA, taking into account the lightening winds forecast for tonight, is for the two trimarans to arrive between 3am and 8am.”(French time).