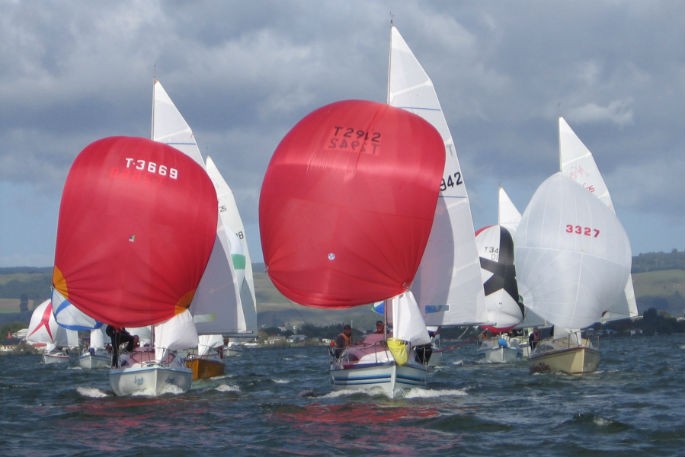 Imagine if you loaned your yacht to the Tauranga Yacht and Power Boat Club so it could be raced in an international regatta, and it sank – and was unable to be recovered. That's what happened to the Rotorua owner of a Noelex 25 that was taking part in the PacRim Regatta outside Tauranga harbour last week.

Noelex 25s in racing trim are virtually irreplaceable as they have ceased production.

The Russian crew capsized their borrowed boat at the top mark somewhere seaward of the blowhole during the first day of racing last week. Their passports and personal papers are understood to have also gone down with the boat. Efforts to find it on the seabed have been unsuccessful so far.

The Noelex 25 was loaned by a Rotorua owner. The convention is either the owner or his representative is on board during racing. In this case it was a representative on board, says the yacht club's PacRim committee chairman Fred Jeanes. He didn't want to comment further.

Ross Currie who organised the fleet of 12 boats also doesn't want to talk about it.

“We are really going through all of it at the moment,” says Ross. “Nobody was injured, but we have got some circumstances that have to be dealt with first before we can talk to the press.”

Read the rest of the story at SunLive.