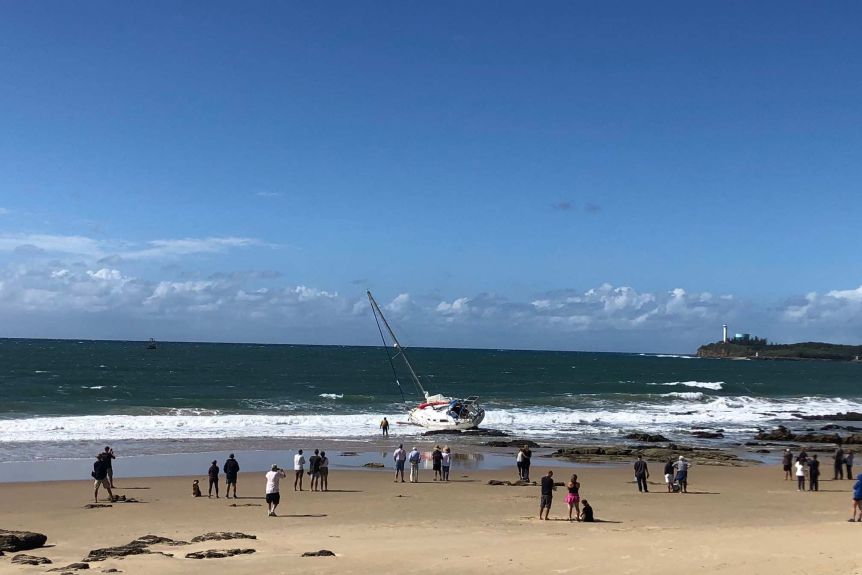 A body was found after an empty yacht ran aground at Mooloolaba Beach.

Mike Middleton from Mooloolaba Coastguard said residents reported seeing someone fall from the boat near Maroochydore.

“Some people from a resort are believed to have seen somebody fall off the yacht,” he said. “They watched this person fall off as they were pulling the sail down.”

The yacht ran aground on the beach at the tourist destination with little damage, but with lights on and music playing.

The first teams to board the vessel found a passport belonging to a 57-year-old man from the United States.

Read the full story at ABC News (scroll down from the story about a fisherman who also fell overboard).