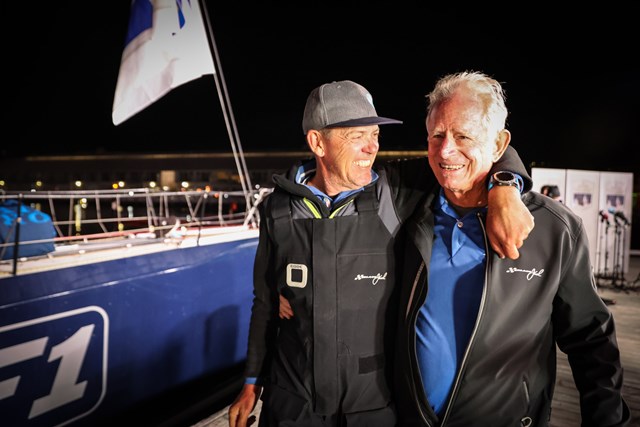 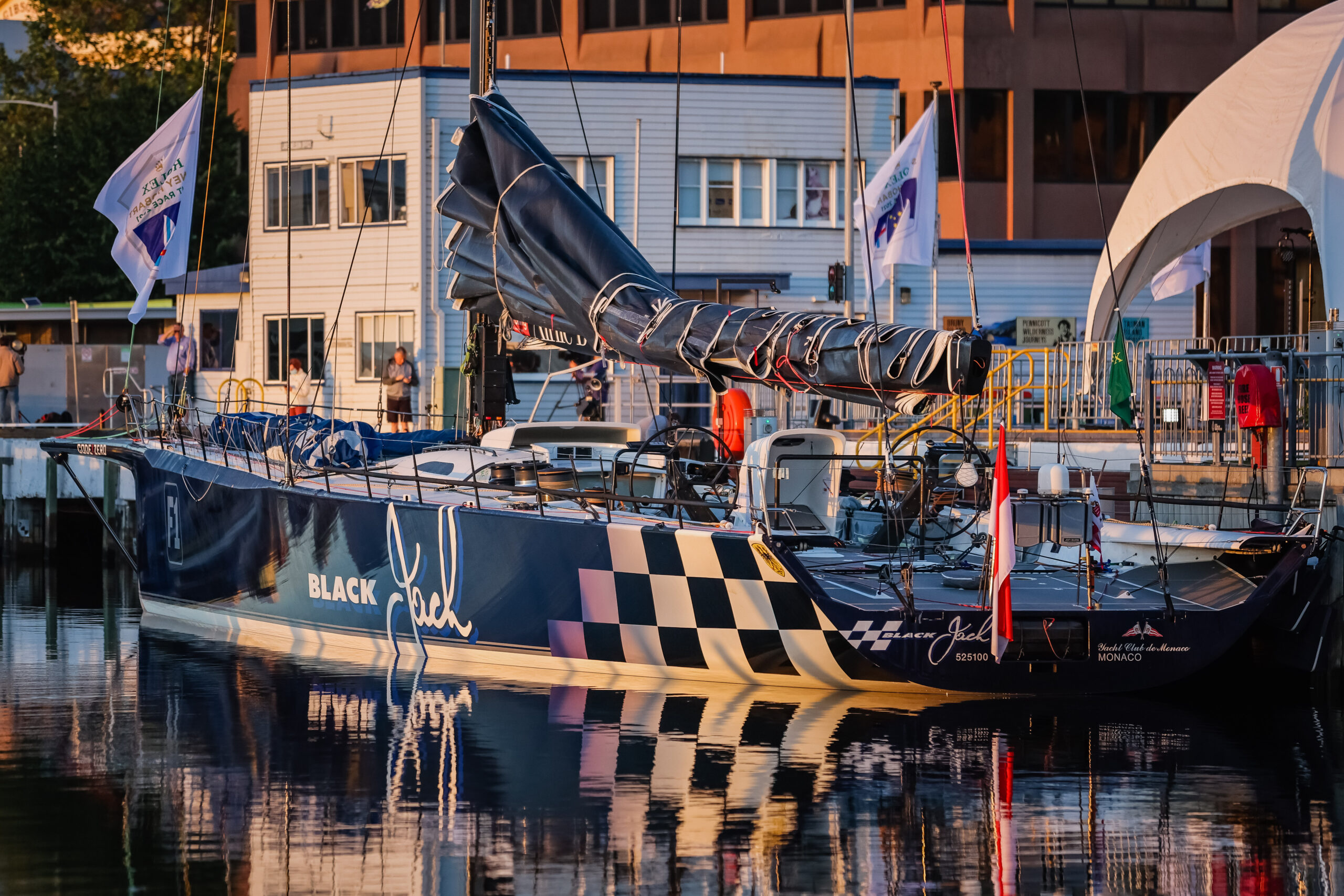 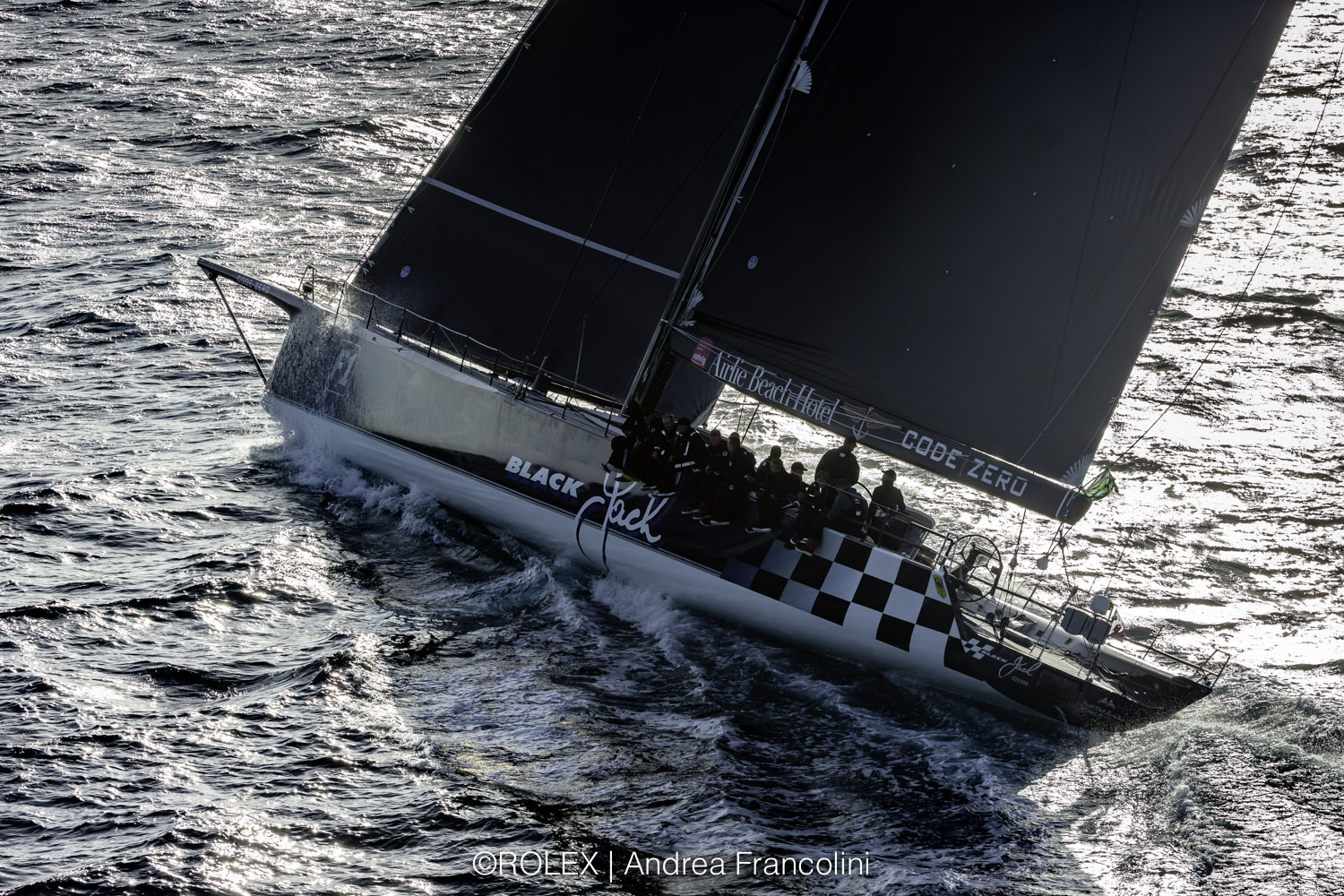 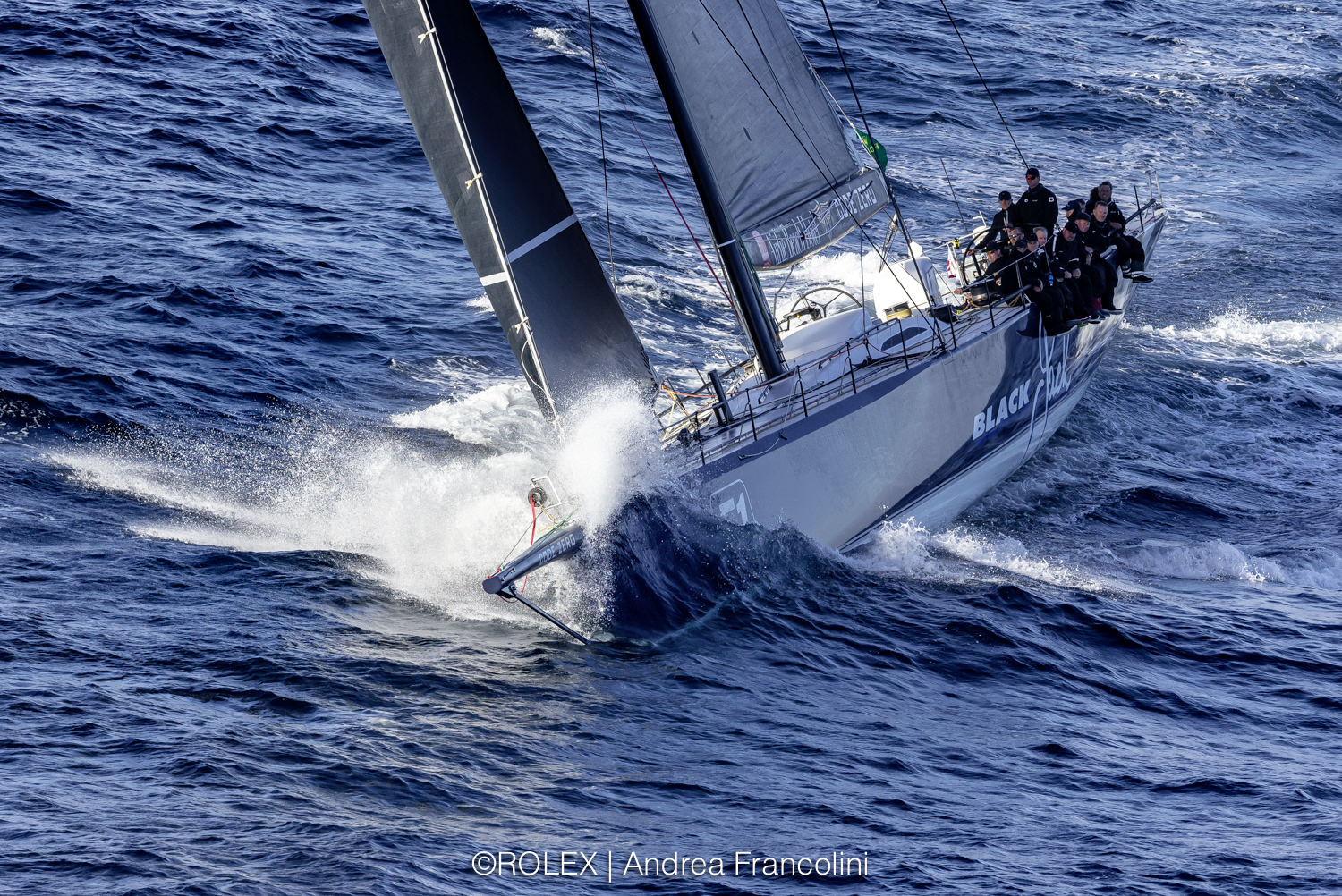 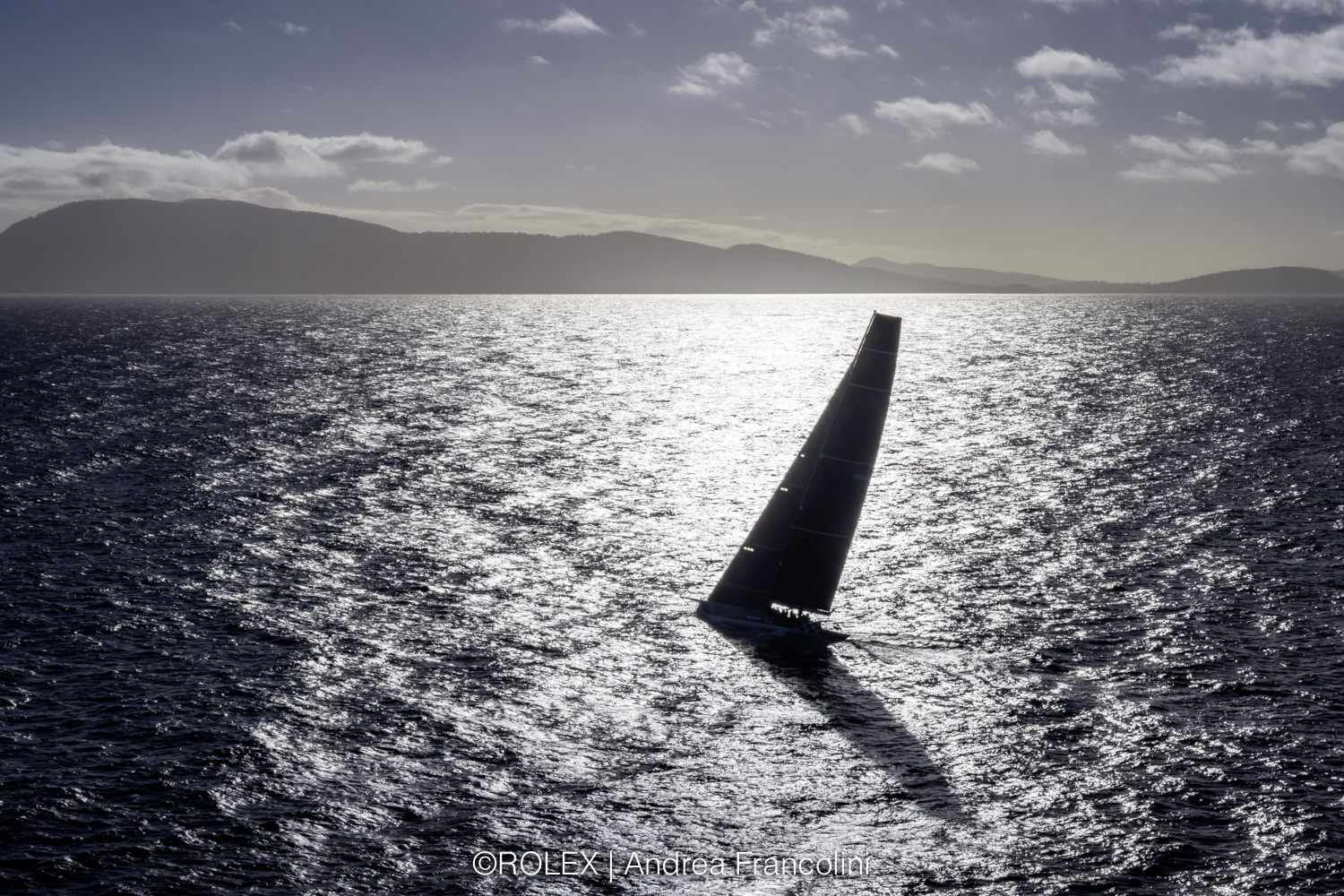 After Mark Bradford steered Black Jack to line honours in the Rolex Sydney Hobart Yacht Race this morning, he said he knew “pretty much after the start” that the boat would win.

The confident remark from Bradford to a brilliant win in the Cruising Yacht Club of Australia’s 628 nautical mile race then prompted elated boat owner, Peter Harburg, to chime in: “Mark said he was confident from the start. I was confident when that [finish] cannon went off.”

Black Jack’s victory dropped the curtain on what had been a gripping tussle between the three 100 footers in the race. The others two were Christian Beck’s LawConnect and Seng Huang Lee’s SHK Scallywag 100 which were left to fight it out for second and third places.

Black Jack crossed the finish line on the Derwent River in Hobart this morning at 1.37am in the time of 2 days 12 hours 37 minutes 17 seconds.

This was the first time Harburg didn’t sail on Black Jack for the first time since he purchased the boat in mid-2017. Instead, he nervously watched the race unfold on land via the live tracker.

Black Jack’s previous finishes in his ownership were a second in 2018, third in 2017 and fifth in 2019 when it led around Tasman Island but was then passed by four other boats.

An emotional Harburg said he and Bradford “will both be in tears anytime … It’s the grand prize of yachting in Australia. It’s the first time I’ve been involved in the winning team.

“We started with a 66-foot Black Jack. We’ve worked up to this and we’ve now won every race on the east coast of Australia.

“We’ve beaten every other yacht on the coast of Australia at different times in different races.

“This is the prize that has eluded us all along and to get it is the complete set.”

Asked what was behind Black Jack winning line honours, Bradford replied: “This team.”

That response prompted a proud Harburg to elaborate: “They sail better,” he said. “The effort they put in. On paper, LawConnect should have been faster upwind [on day one]. To hold them and then pass them and to be down here …

“These guys have just sailed so well. We’ve got a good boat too.”

What the victory meant to the crew was clear to see well before they set foot back on land to celebrate after first undergoing mandatory COVID-19 rapid antigen tests on board.

After crossing the line off Hobart’s Constitution Dock, the finish cannon blasted and the crew erupted into a celebratory chorus line of cheers, hugs and pats on the back on deck.

Later, Bradford praised Harburg for his commitment to the Black Jack project, saying: “It’s great to get the win. Pete and I’ve been working on this for 14 years, so it means a lot.”

Bradford said the win makes up for the number of near-misses Black Jack has experienced.

Asked how he and the Black Jack crew will celebrate, Bradford said, smiling: “If you come to the Customs House [hotel] later you’ll see how that’s done. Unorthodox I would say.”

All three 100-footers had started with justified ambitions to finish first and were especially driven by the fact that none of them had won line honours, at least two not under their current names.

The closest links to a Sydney Hobart line honours victory were Black Jack and LawConnect.

LawConnect, when owned by Anthony Bell and named Perpetual Loyal, won in 2016 when it also broke the race record in 1 day 13 hours 31 minutes 20 seconds.

It was a similar case for the three skippers. When the race began none of them had won line honours before as skippers.

Bradford was the only one of them to have celebrated a line honours win as a member of Bell’s 2011 winning Investec Loyal crew.

Black Jack had been in the box seat to win all day yesterday. It was the most fancied of the three 100-footers to take line honours in the lighter conditions that prevailed nearing the finish.

However, there was no certainty that would happen. Sydney Hobart history has shown many a time how the unexpected can happen and turn against a fancied boat so close to the finish line.

As Black Jack began the 11 nautical mile run up the Derwent River, the conditions weakened. But in a 2 knot wind, the boat was able to sail at 6 knots to the finish for victory.

To follow the race and for all information, stay locked right here on rolexsydneyhobart.com.