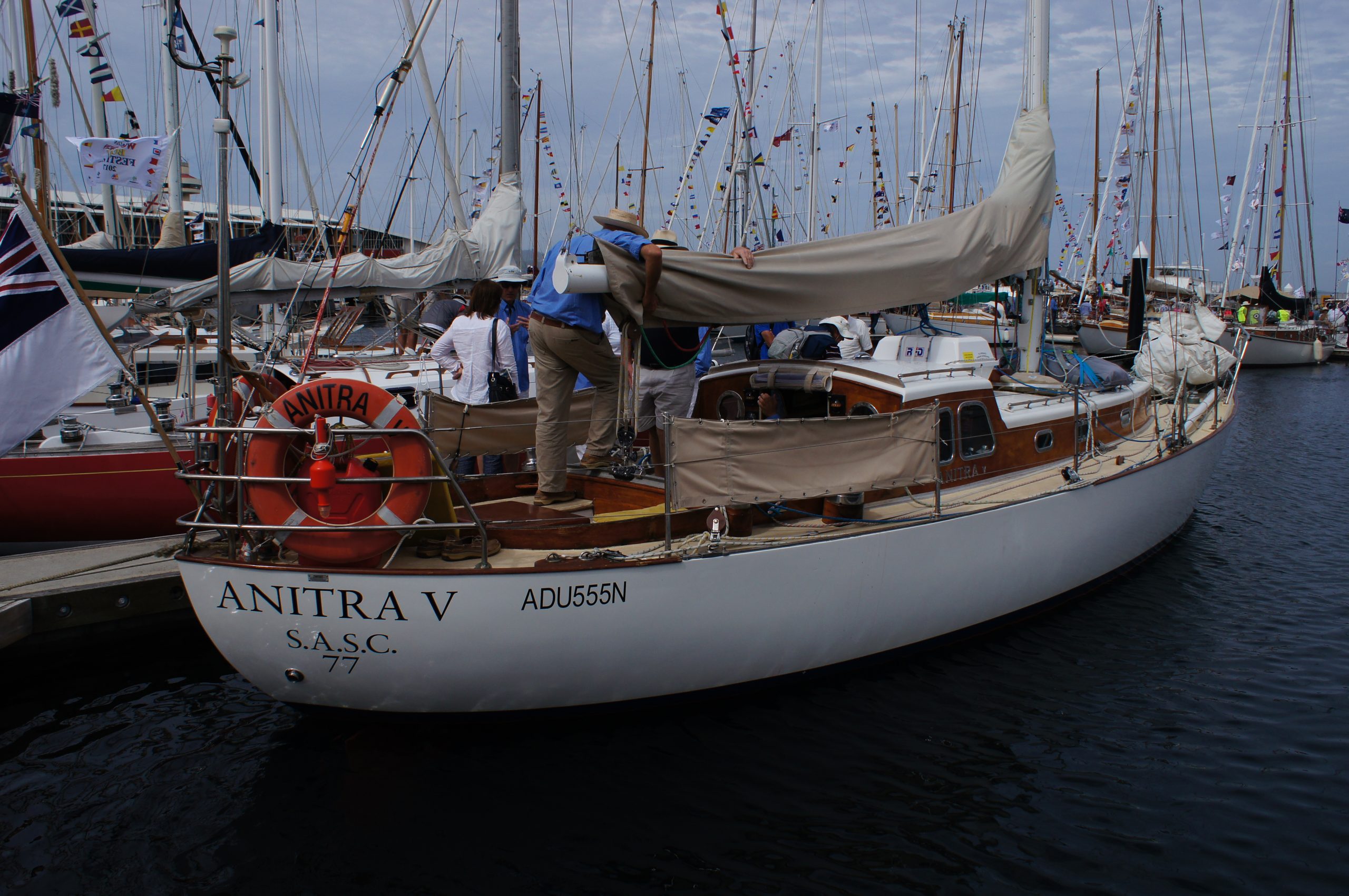 “Dozens of wooden boat enthusiasts from the festival’s next featured nation, the United States of America, are already making their plans to join us,” the festival’s General Manager, Mr Paul Cullen, said today.

“In fact one couple, who visited Tasmania for the 2013 MyState Australian Wooden Boat Festival and were obviously impressed by the event, are now sailing their Western Red Cedar yawl across the Pacific to join us. They will be part of an American contingent of at least 45 North Americans who have booked their travel so far, bringing with them two forty-foot containers of unique American wooden boats,” he said.

“Many of the visitors are scheduled to present their knowledge and experience at the festival’s International Wooden Boat Symposium, hosted by the Australian National Maritime Museum. These include the founder of WoodenBoat Magazine, Jon Wilson; sail-maker Carol Hass; sail boat rigging expert Brion Toss and Betsy Davis, a highly regarded educator in the wooden boat community in the USA.

“Journalists and film makers are among the team, helping spread the word about Tasmania’s iconic festival.

“In addition, a team of seven boat builders, alumni members from the renowned North West School of Wooden Boat Building in Port Townsend, will arrive in Tasmania in December this year to build a Haven 12.5 from reclaimed Tasmanian celery-top pine supplied by Tasmanian company Hydrowood.

“The Haven 12.5 is a classic American keel-boat originally designed by Nathanael Herreshoff around the change of the last century.

“This successful design, now over 100 years old, was modified by Joel White, whose son Steve is one of the boat builders travelling to Tasmania for this project.

“A very rigorous selection process had to be undertaken to determine which boat builders would be making their way to Tasmania to work on this project. About four times the number needed, competed for this opportunity,” Mr Cullen said. “The timber is currently being milled by Dave Golding in the Huon Valley and will have just the right amount of moisture content by the time the boat builders arrive.

“Under the watchful eye of their chief instructor, Sean Koomen, the American team will build the boat at the Wooden Boat Centre in Franklin, with a similar time-frame as the Dutch boat building project in 2017.

“This project is already generating a huge amount of interest in North America,” he said.

The finished Haven 12.5 is expected to be on site for the 2019 MyState Australian Wooden Boat Festival and will be auctioned to support this free, public event on Hobart’s beautiful waterfront.