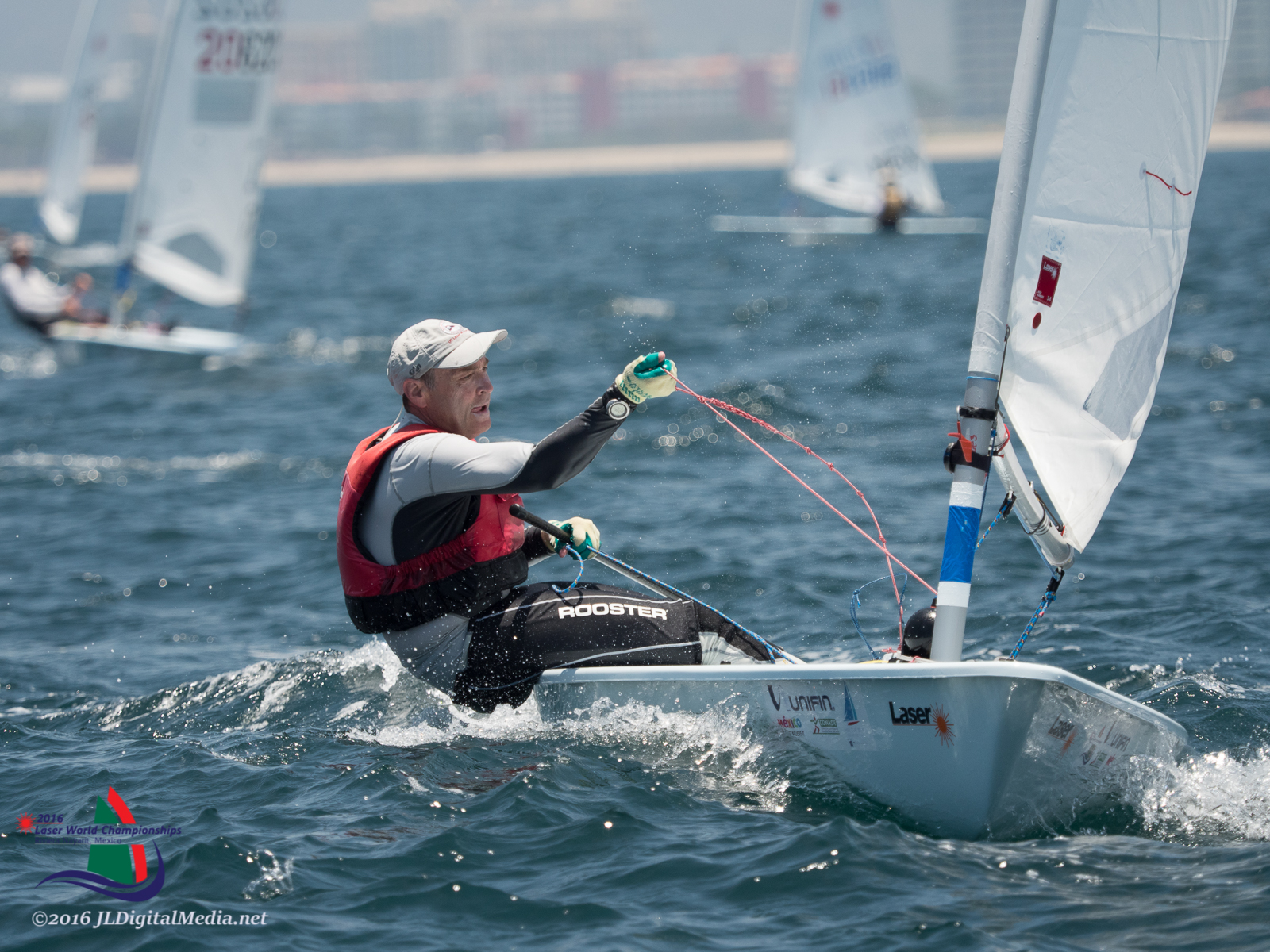 Race one was started in 9 knot winds from 210 degrees – south of the typical sea breeze direction. As expected the wind increased in velocity and clocked right during the race, which rewarded those who chose the right hand side of the course.

Race two was started in 13 knots and soon built to 16 knots by the finish. Unlike the first race, the right side was not favored this time. According to Australian sailor, Brett Beyer, “The left side was definitely favored in the second race. I worked the middle left on the first beat and then stayed left again on the second upwind leg.” The strategy worked for Beyer, who is the defending champion in the Grand Masters Division, as he posted two first place finishes to lead his division.

Fellow Australian Mark Bethwaite also had a perfect day on the water with two bullets in the Great Grand Masters Division. “It was great sailing out there!” said Bethwaite. Like Beyer, Bethwaite is the defending world champion in his age division and leads former Masters champion, Doug Peckover, by four points.

In the Grand Masters Division, two sailors are tied for the lead with four points after the first day of racing. Nick Page of New Zealand found the stronger wind to his liking as he posted a third and a first, while Gavin Dagley scored two second place finishes to keep things even at the top of the leader board.

To complete the Southern Hemisphere’s domination of the day, Brazil’s Guilherme Roth leads the Apprentice Masters Division with 3 points on the day along with Pablo Rabago of Mexico.