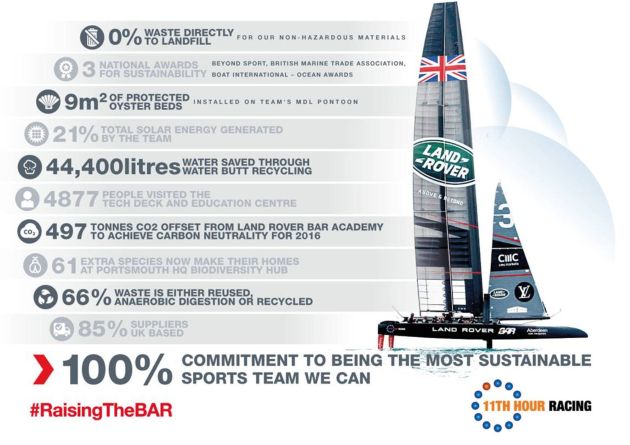 Land Rover BAR set a goal to be a global leader in professional sports teams, showcasing that it is possible to win on the field of play with sustainability at the core of operations. The publication of the team's third Annual Sustainability Report shows that the team are right on track, in a year where the team's work has been recognised by Beyond Sport, with the Sport for Environment Award; and by the British Marine Trade Association with the Boating Business Environment Award; and finally by Boat International – Ocean Awards who awarded us the Seafarer's Award.

Last year, the second annual sustainability report underlined the team's commitment to its goals and marked an important transition, as the team moved from temporary offices and docks to a purpose-built facility housing all of the team's activities on Portsmouth waterfront in the UK.

The publication of their third report; the 2016 Land Rover BAR Annual Sustainability Report marks the first full year that the team have been operating from their base and is another big milestone on the team's sustainability journey. 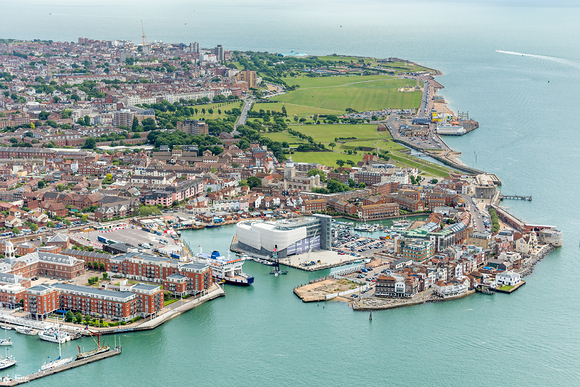 Skipper and Team Principal, Sir Ben Ainslie commented: “Sustainability has been embedded in our mission at Land Rover BAR since day one. This report will show how we have maintained our quest to win the America's Cup, while building a sustainable long-term business with the utmost respect for all the principles of sustainable operation.

“The past year saw some real landmarks as the team base was awarded BREEAM Excellent Standard – we believe we are the only British professional sports team to operate from such a building. Our work was also recognised by three independent awards. We achieved all this while winning on the water, with victory in the America's Cup World Series 2015-16.

“We believe operating sustainably means operating efficiently and highly effectively. It is the future, and we believe we are proving it. We will continue to work hard to take this message out to the world.“ 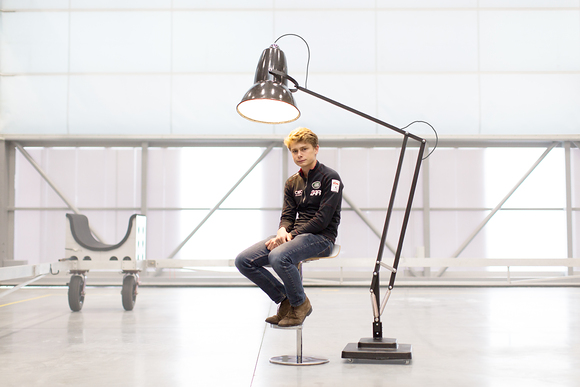 Other highlights from the report, which references the Global Reporting Initiatives Standards, include:

Jeremy Pochman, Strategic Director and Co-Founder of 11th Hour Racing, commented: “11th Hour Racing proudly acknowledges the achievements set by Sir Ben Ainslie and the entire Land Rover BAR team, and their dedication to lead both on land and on the water. Their goals are audacious and are driven by the desire to build a legacy for their community and industry, to foster success – whether it's seeding new oyster beds and installing bee hotels to promote biodiversity, or innovating cleaner and more efficient ways to recycle carbon fibre. We are thrilled to promote the achievements of the team, as the world stage is set in Bermuda for the 35th America's Cup.”

The wide range of effective action and initiatives described in the report demonstrates that Land Rover BAR continue to lead the way in promoting sustainability in sport, and remain on track to achieve our sustainability goals.