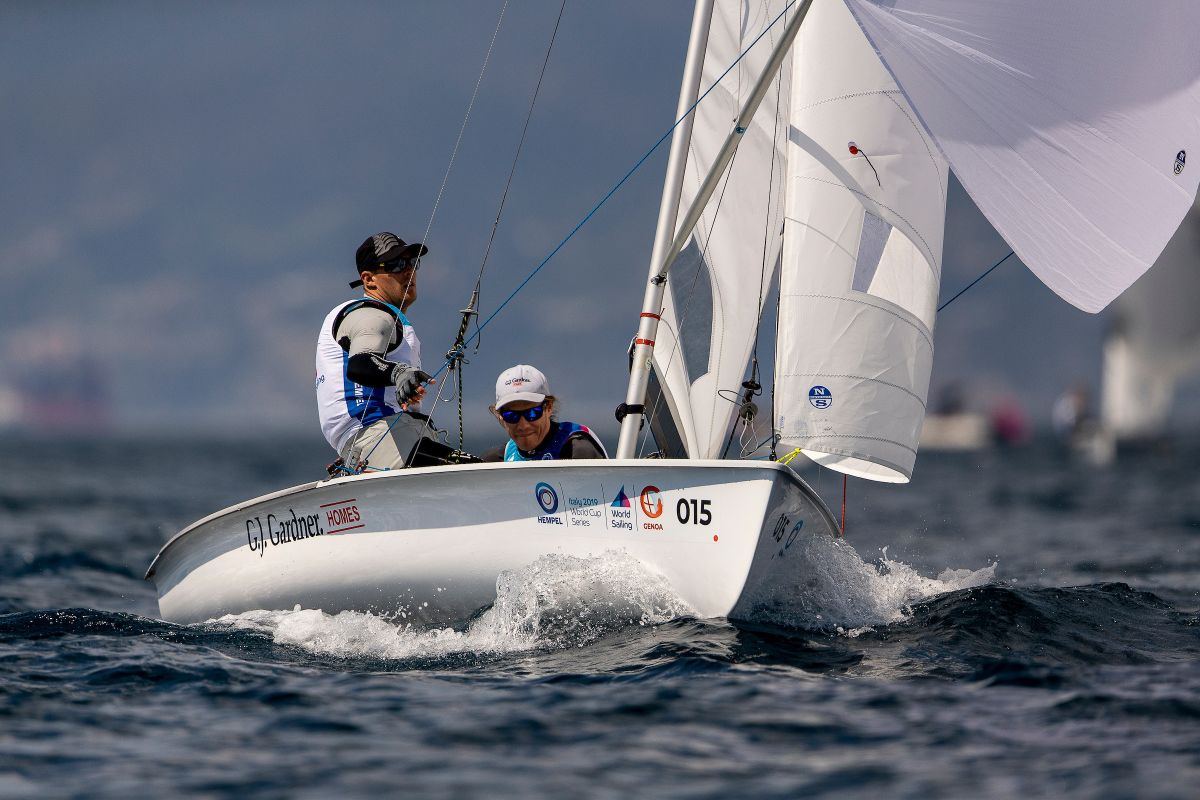 After a 1 hour postponement ashore, the 470 Women and 470 Men Yellow and Blue fleets headed out to course area Sagamiand contested two races each in the battle for 2019 470 World Championships medals and Tokyo 2020 Olympic Qualification.

The light weather conditions and wave swell on the race track made sure there was no margin for errors as the 182 athletes from 29 nations faced off on the Sagami race course in Enoshima Bay.

470 WOMEN
Spain’s Silvia Mas/Patricia Cantero top the women’s fleet from a consistent scorecard of 3,3. The defending 470 Women’s World Champions, Ai Kondo Yoshida/Miho Yoshioka, were satisfied with scores of 10, 2 to end the day second overall on the leader board, on tiebreak advantage over Linda Fahrni/Maja Siegenthaler of Switzerland. The Swiss, who are attempting to secure their second Olympic appearance, launched their assault to seal their names on one of the six women’s nation qualification places with finishes of 6,6.

470 MEN
Precision teamwork from Sweden’s Anton Dahlberg Dahlberg/Fredrik Bergström in the 52 boat men’s fleet, rewarded the pair with scores of 3,2 to lead overall. Second to Hungary’s Balazs Gyapjas/Zsombor Gyapjas, whose performance in race 2 marked only their second ever career win at World Championship level. Their day’s racing places them in second overall and in a strong position as the brothers attempt to claim one of the four Tokyo 2020 nation qualification places. Pleasing the home fans, Japan’s Keiju Okada/Jumpei Hokazono are in third from scores of 1,7, on an 8 point tiebreak with the Hungarians. The teams in 4th and 5th also count 8 point scores, but the scoring gives the advantage to the teams holding the race wins.

Racing resumes on Tuesday 6 August at 1200 hours local time with 3 races scheduled for the Men and Women fleets.