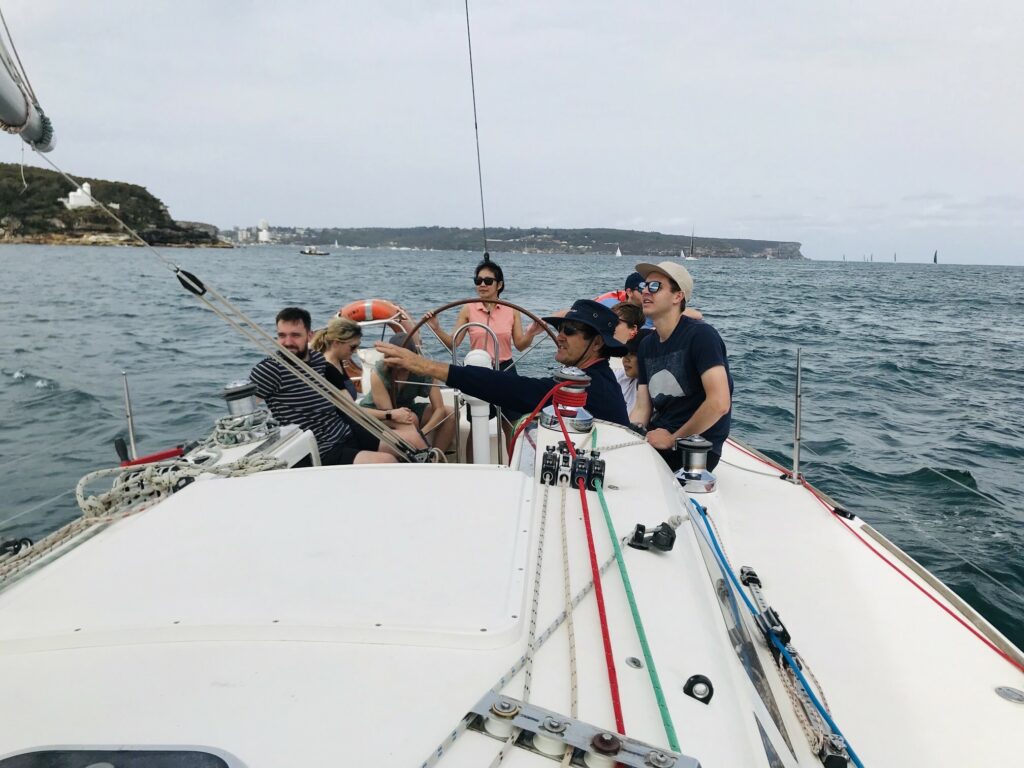 To avoid any on-water incidents, it's important to not rely solely on devices like the GPS. Pic - Shayne Collier 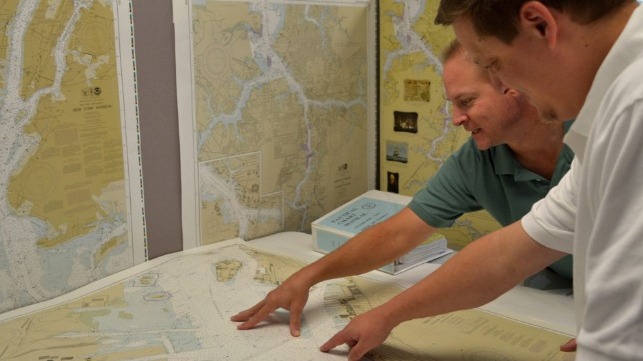 A good navigator should regularly mark the progress of the yacht on a paper chart. Pic - NOAA

Nothing has changed as much as Global Navigation Systems. But as Alan Punch from Navathome Australia writes – paper charts are still and always will be relevant. To avoid any on-water incidents, a balance between new and old systems is key.

The introduction of the electronic chart plotter, pre-loaded with charts, opened the secrets of navigation to anyone who handed over their credit card at the local electronics store. Chart plotter systems moved onto laptops, and then onto mobile phones.

These readily available systems introduced many people to navigation, but often without the basic navigation skills to use them effectively. Inexperienced navigators considered these systems as infallible and followed them without question.

It should be obvious to most not to rely on a $4.99 smartphone app as your primary navigation device for a 40 foot yacht. However, is there any electronic system you should trust completely for navigation?

A recreational GPS has vulnerabilities. For a recreational yachtsperson, you should never put all your faith in your electronics. Electronic systems are operating in an environment inherently bad for them. Sun, salt air, condensation and age are damaging, and no matter how much protection they have, at some point, every electronic device will fail. The worst-case scenario is that they will fail when you need them the most.

If you look at the product information for a recreational GPS you will see that the manufactures of your high quality GPS product agree. They consider their product to be an AID to navigation and that it is government issued charts, and notices to mariners that contain the required information for safe navigation. Some even require you to acknowledge this every time you turn it on.

The charts in your electronic chart plotter are provided by the manufacturer. Even once you purchase the latest card with the new chart updates, there is no guarantee on how accurate the information provided is. That is in comparison to a government issued chart.

For most systems, it is not possible for you to perform regular chart updates without buying the latest updates from the manufacturer.

So we find ourselves in an interesting situation, we have become very reliant on our GPS even though the manufactures themselves don’t claim them to be appropriate for safe navigation when used on their own.

However, it would be incorrect to say that the GPS is dangerous. When used with other navigation methods, the GPS becomes a powerful aid. A good navigator should never solely rely on a GPS during a passage, but instead should regularly mark the progress of the yacht on a paper chartsfrom observations, and confirm those readings with the GPS. This goes the same for when preparing the next leg of a passage.

This allows the navigator to have a means to verify the GPS position and to have a good position to work from if the GPS fails. The RYA has been including integrating navigation techniques between paper and electronic systems as part of their renowned yachtmaster scheme for many years.

GPS signals operate on a line of sight principle, and it does not take much in the way of an obstruction to effect them, even someone sitting on the receiver. Steep sides in the harbour, for example, have been known to cause the signal to drop out when you need it the most, so keeping track of your position on paper chart can significantly increase the safety of the vessel in these situations.

Verification of a GPS fix does not mean having a second GPS, nor does it mean running checks on the software – it is about using features in your vicinity to correlate with what you are reading. If the GPS in your car said that you were on the highway, but you look out the window and see that you have driven into the middle of a playground, it is obvious that something is wrong. At sea though, it is a bit more subtle, but not very different. The information as to whether you are on the highway or in the park is right there on a paper chart, independent of the GPS.

The requirements for a recreational vessel to carry paper charts in Australian territorial waters varies between the states. But all strongly encourage the use of charts and it is required in federal and international waters.

Marine Safety groups and navigation experts also agree that carrying paper charts on board a vessel in open water is critical to the safety of all mariners. Authorities are moving to make keeping paper charts up to date even easier as they move to a print on demand model. The latest chart can be printed by any chart store immediately before a voyage and already contain the latest updates.

Paper charts have benefits over a GPS: they don’t require power, laminated versions are waterproof,  you can easily mark and comment on them, and most importantly they make it easier to see and review a large area compared to looking at it on a screen. For planning, most find it more intuitive to plot their route on a paper chart. This is because areas of potential concern are readily apparent and it is easier to plot the safe navigation limits (or clearance lines) into a harbour.

So what tools should the recreational yachtsperson have to verify a GPS position? It’s simple – it just requires thinking through the information you have and applying it logically.

The depth sounder is one of the quickest ways to spot an error in the GPS. If the depth gauge is reading 10 metres, but based on your GPS position it should be 30 metres, then we know something is wrong.

Transits between two marks (e.g. landmarks or navigational marks on the water) also makes it easy to verify a yacht’s position. If you know the transits, then when they line up, you know you are somewhere along that line. If the GPS is working correctly, it should be putting you on that line too.

Ultimately, the best way to confirm your position is to reference yourself against known marks. If you are within 10 metres of a mark that you have confirmed on the chart, then the GPS should be closely matching the position of the mark. At greater distances though, you will need to start using a compass to take bearings of key features.

But taking bearings and plotting them on a chart is time consuming. When you are navigating in close confined waterways, things can change relatively quickly and plotting your location on the chart may take too long, and an electronics failure at this point could be devastating.

But disaster can be avoided if you plan your route in advance and put to use some basic navigation skills, ultimately creating a very powerful navigation solution by combining the two systems.

Nearly all available GPS models on the market have a cross track error (XTE) function that can alarm when a pre-set error is reached. Some models allow different offsets for port or starboard error. If you have plotted out the safe navigation limits for a channel parallel to the direct path to your waypoint and set the alarms to this distance, then as soon as your XTE alarm goes off, it is time to tack.

For a sailing yacht, the skipper just has to respond timely to the XTE alarms to be safe. For the navigator, fixing your position on a chart every time the XTE alarm goes off is just done by plotting your distance to the waypoint across the XTE limits.

The navigation web is the GPS equivalent of using clearance bearings when entering a harbour or the start of a channel. Although intended for high-speed navigation, it has proven to be perfect tool for a yacht tacking into a harbour.

Clearance lines define the outer limits of safe navigation. If you plot them from a common point, that matches your GPS waypoint, then when your bearing to the WP matches the clearance line, it is time to tack. By bringing in additional bearing lines and the distance lines, plotting your position is just a case of transferring the bearing and distance to the waypoint on to the chart. With this extra safety layer, you will have a good position to work from if the GPS was to fail.

As an Aid to navigation, GPS is excellent, but it should not be relied on as the sole means of navigation. You should be regularly plotting your position on a chart in case it malfunctions, and you should always be finding a way to verify what it is telling you.

Alan Punch is an RYA Navigation Instructor with NAVatHOME Australia, and has a degree in Instrumentation and Control System engineering.