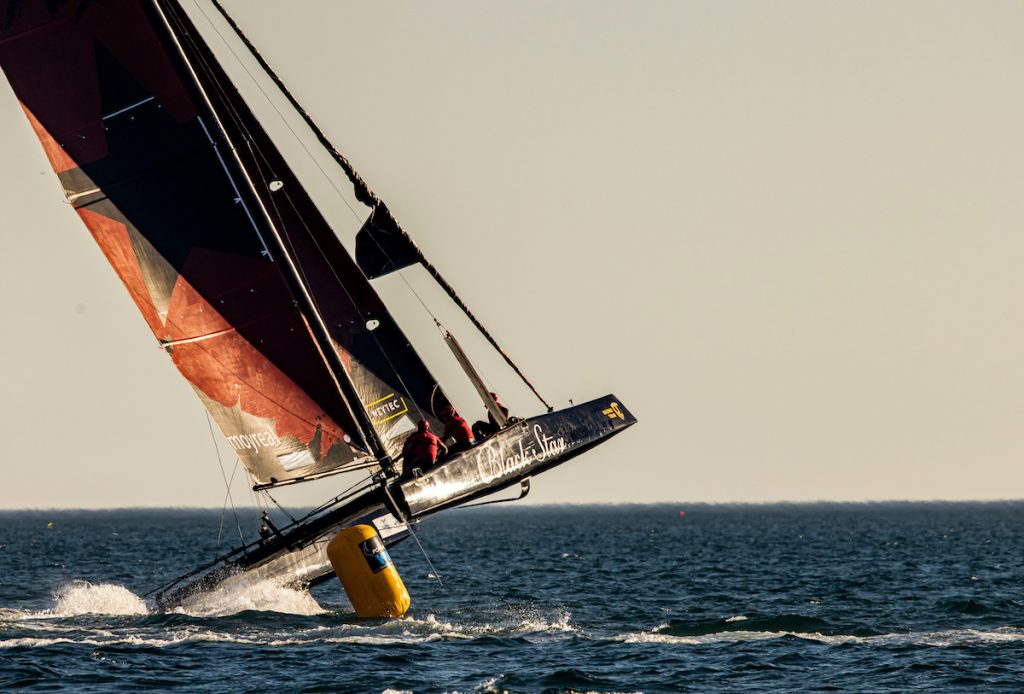 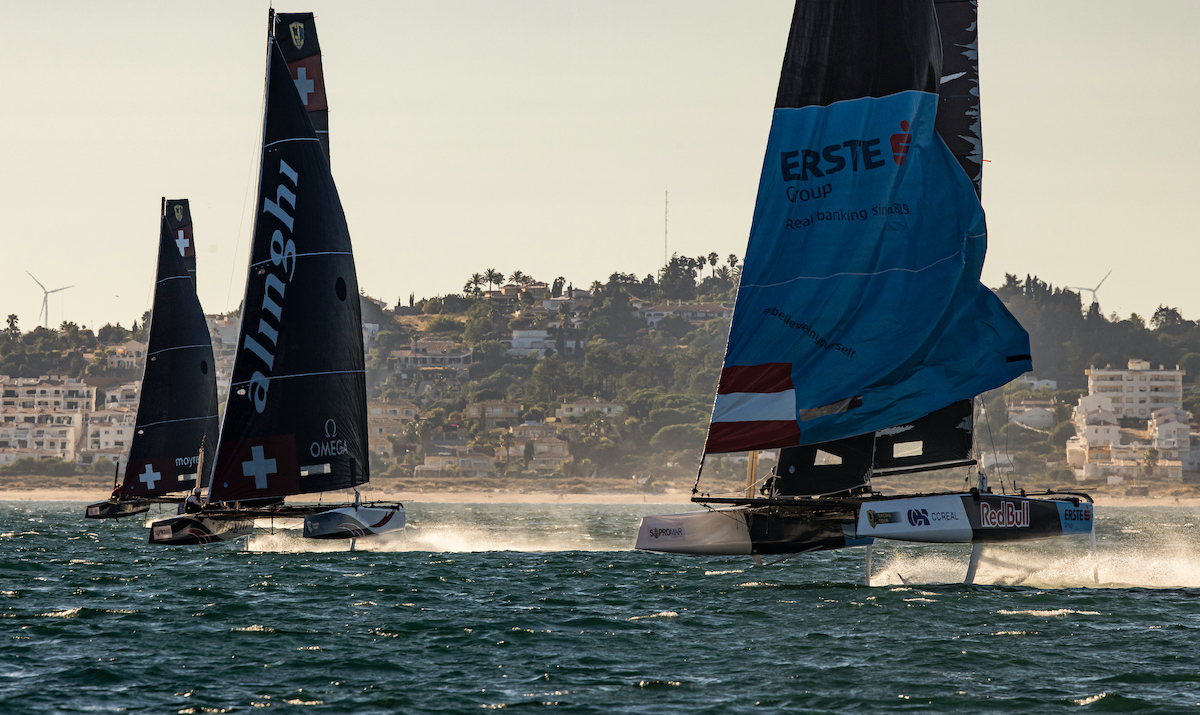 Four challenging races on day one of the GC32 Lagos Cup 1 brought sailors back to the marina with smiles seen all round.

OK, so a lack of wind on the Algarve coast, located in Southern Portugal, meant racing was pushed back by a few hours. But what’s a few hours after you’ve been waiting 18 long months for racing to resume.

Christian Zuerrer’s Black Star Sailing Team have been putting in the training while racing has been off the agenda, and it’s clearly been time well spent with the Swiss crew sitting on equal points with second-placed Red Bull Sailing Team from Austria. “We’re very happy to be back racing after 18 months. It’s a good feeling to be back on the water against all the guys,” said Zuerrer. “Today was a little bit of a rollercoaster, but in general we are happy with our performance.” And so they should be, with respectably consistent scores of 2-4-2-3.

Roman Hagara, skipper of Team Red Bull, had a bumpy ride across the results table with up and down scores of 3-1-6-1. The double Olympic Champion reflected on the team’s mixed results, “At the end it was a good day for us, but one race (was) not so good. A penalty at the start, and four gybes on the downwind meant the other boats were gone. Then we hooked the mark… Not the best race, but we’re ready for tomorrow. Let’s go again!”

But that penalty could have cost the Austrians the lead, especially when they’re up against such consistent sailors, most notably the current leaders and the regatta’s favourite’s – Switzerland’s Team Alinghi. Alinghi’s consistent drumbeat of scores were made up of 1-2-1-2. Goes to show that skipper Arnaud Psarofaghis has lost none of his foiling mastery during the team’s enforced absence from competition.

Team Zoulou’s French owner-driver Erik Maris had a solid day of racing. A high point for the team was their third place in race two. Meanwhile Julien Monnier and Loic Forestier, co-skippers of Swiss Foiling Academy, had a slow start to the day. But the team made incremental improvements by the early evening as the warm sun started to set over the breathtaking Algarve based race course.

This was Team Rockwool Racing’s first competitive outing in the GC32 racing arena. Danish skipper Nicolai Sehested was satisfied with his day, especially with a third place in race three. “It’s been a fun day,” said the 31 year old. “No doubt there’s a lot for us to learn, and always the first event means a big learning curve. But we were mixing it up in some of the races, and definitely going the right way.”

Five races are planned for Friday, with the regatta concluding on Sunday July 4th.